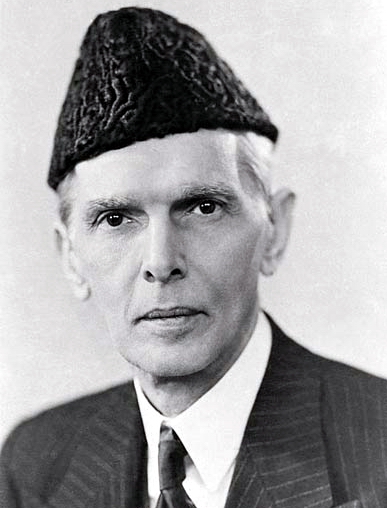 On 11 August 1947, the Pakistan Constituent Assembly (“PCA”) met for the first time. The inaugural session was presided by Shri Jogindranath Mandal, president of the Scheduled Caste Federation and a member from East Pakistan.  In this session, the PCA elected Quaid-e-Azam Muhammad Ali Jinnah as the first president of the Constituent Assembly.  Various members then spoke to convey their felicitations to Mr. Jinnah on having achieved Pakistan and having been elected as the president of the PCA.  The last such member to speak was Kiran Shankar Roy of the Congress Party, who also asked Mr. Jinnah to make a statement as to whether Pakistan would be a secular state or not.

Mr. Jinnah then spoke extempore in what was to become one of the most extraordinary speeches in the history of the subcontinent.  The often quoted part of the speech is “You are free; you are free to go to your temples, you are free to go to your mosques or any other place of worship in this state of Pakistan. You may belong to any religion caste or creed – that has nothing to do with the business of the state”. This could have been a simply a statement of positive intent vis a vis religious freedom had Mr. Jinnah not elaborated it further.

Consider the fact that Jinnah had been the undisputed leader of the Muslims of India for close to seven years.  In this position he had won – with great skill- the biggest case of his life:  the case for Pakistan.   Now it was up to him as the father of Pakistan to define what shape Pakistan’s polity would take.  Significantly the speech was important not just for what was said but what was not said.  Jinnah gave no religious or communal rationale for the creation of Pakistan.  The speech conspicuously contained no reference to Islam.

He instead lamented that the idea of a United India would never have worked in his opinion and that a division had to take place but now that the division had taken place, they had to learn the lesson, internalize it and move on.  He told his listeners that a nation that was not divided in of itself could not be held in subjection.  The most important part of this speech which has not been emphasized is this: We should begin to work in that spirit and in course of time all these angularities of the majority and minority communities, the Hindu community and the Muslim community, because even as regards Muslims you have Pathans, Punjabis, Shias, Sunnis and so on, and among the Hindus you have Brahmins, Vashnavas, Khatris, also Bengalis, Madrasis and so on, will vanish. Indeed if you ask me, this has been the biggest hindrance in the way of India to attain the freedom and independence and but for this we would have been free people long long ago. No power can hold another nation, and specially a nation of 400 million souls in subjection; nobody could have conquered you, and even if it had happened, nobody could have continued its hold on you for any length of time, but for this. (Emphasis Added)

Jinnah the statesman was mindful of the fact that the Muslims he had led were a multitude and not necessarily the united nation his leadership had papered over.  Similarly he was aware of the fact that the Pakistan he had so deftly carved out of India did not only have Muslims as its inhabitants but large Hindu and Sikh minorities as well. Since the entire rationale for the Pakistan Movement had been the rights of the Muslim minority in British India, he was not unmindful of the existence of religious and ethnic minorities within the borders of Pakistan.  Here he quoted the example of the Protestant-Catholic conflict in Great Britain. He said:  As you know, history shows that in England, conditions, some time ago, were much worse than those prevailing in India today. The Roman Catholics and the Protestants persecuted each other. Even now there are some States in existence where there are discriminations made and bars imposed against a particular class. Thank God, we are not starting in those days. We are starting in the days where there is no discrimination, no distinction between one community and another, no discrimination between one caste or creed and another. We are starting with this fundamental principle that we are all citizens and equal citizens of one State. The people of England in course of time had to face the realities of the situation and had to discharge the responsibilities and burdens placed upon them by the government of their country and they went through that fire step by step. Today, you might say with justice that Roman Catholics and Protestants do not exist; what exists now is that every man is a citizen, an equal citizen of Great Britain and they are all members of the Nation. (Emphasis Added)

The British example was closest to Jinnah’s mind because as a barrister who had spent a significant portion of his life in Great Britain, he understood the Westminster system and the long standing tradition of a practical separation of church and state in that country.  Yet he was faced a more complex issue than Roman Catholics and Protestants; the complicated interplay of religion and politics in Indian society which he had grappled with for most of his adult life.  Now he gave a solution which seemed to belie all he had said for seven years prior to this moment: you will find that in course of time Hindus would cease to be Hindus and Muslims would cease to be Muslims, not in the religious sense, because that is the personal faith of each individual, but in the political sense as citizens of the State.

This however was to be the consequence of an enlightened state policy that Jinnah believed Pakistan would follow i.e. of maximum accommodation of religious minorities in the national mainstream and to usher a prosperous and progressive state where a Muslim or a Hindu would not be limited by his personal faith but would be part of the mainstream as a Pakistani.  Tragically Mr. Jinnah’s vision has not come to pass.

While the Constitution of Pakistan 1973 guarantees equality of citizenship, it creates far too many bars against Non-Muslims for this to mean anything concrete.  A Non-Muslim Pakistani today is not allowed to hold the highest offices in the state.  A Non-Muslim member of parliament has to swear to protect the undefined Islamic ideology. Much of what Mr. Jinnah promised in the 11 August speech has been forgotten by the Muslim majority in Pakistan.  For many even religious freedom is a distant dream for some like the Ahmadis for example, who were Muslims in Jinnah’s time but who since have been robbed of the right to identify themselves as such. Their “places of worship” are under attack and a Muslim citizen of Pakistan has to sign off on hate speech against that community to get a passport.  The uninformed multitude has exacted its revenge on Barrister Jinnah’s nuanced and sophisticated idea of Pakistan.

So alien are Jinnah’s ideas on statehood expressed on many occasions but most eloquently on 11 August 1947 that many in present day Pakistan have tried to call it an aberration and others have attempted to deny its existence.  However sine qua non to Pakistan’s progress is the idea of a Pakistan that treats all its citizens equally and impartially.  Sooner or later the march of history will force Pakistan to adopt substantially Jinnah’s prescription.

Yasser Latif Hamdani is a lawyer and a writer based in Lahore. He is the author of “Jinnah: Myth and Reality”. He tweets @theRealYLH