A Game of Thrones in Waziristan: The Return of Fazlullah 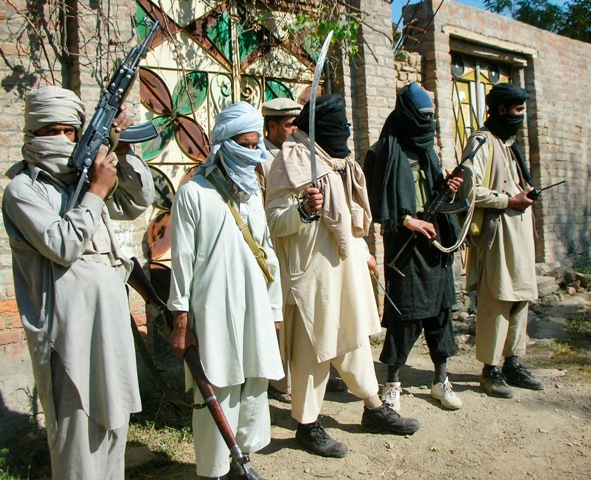 Maulana Fazlullah was always the wild card. As Hakimullah Mehsud’s last rites were being read, and emergency conclaves were being summoned across six other tribal agencies to deliberate upon the militant organization’s future leadership and policy direction, it was expected that operational control of the TTP would remain with the organization’s natural custodians – the Mehsuds.

But the Mehsuds have increasingly become a house divided. Internal cohesion in the militant outfit was frayed first by the death of Wali-ur-Rehman in May, and then the sacking of longstanding party spokesperson Ehsanullah Ehsan in June after he suggested that the TTP and Afghan Taliban were separate entities. The capture of Hakimullah’s close aide Latifullah Mehsud in Afghanistan’s Logar province this October was another unexpected blow to the TTP’s central command. That Latifullah was picked up, and not eliminated like so many others by surgical drone strikes, has augmented the possibility that the once trusted deputy may have played a part in providing actionable intelligence to the US about the TTP chief’s movements. If correct, this is undisputedly symptomatic of deeper fissures colouring the group’s social fabric.

As news of Hakimullah’s death broke on TV channels across the country, Maulana Fazlullah and Umar Khalid convened rival shuras in Swat and Mohmand Agency respectively to discuss the game plan for their own individual chapters. In South Waziristan, meanwhile, local commander Khan Said was considered by many to be the natural heir in the Mehsuds’ jealously guarded line of succession.

As contenders for the TTP title, Maulana Fazlullah was, by all accounts, the weakest link. It was argued that his dwindling shelf-life notwithstanding, the former Radio Mullah’s capacity to lead a splinter faction was constrained by his relegation to eastern Afghanistan. As potential power brokers, Umar Khalid and Khan Said were thought to present significantly greater challenges.

However, legitimacy is disputed currency in the tribal areas. Reports that 17 out of 60 members of the majlis-e-shura voted against South Waziristan commander Khan Said’s nomination for TTP chief suggest that internal voices of opposition had shrunk the Mehsuds’ own political space within the organization. And bipartisanship is an indulgence that non-state actors at war can rarely afford.

In an organization where blood is spilt to establish hierarchy, Hakimullah’s failure to leave behind a will or a clear choice of successor is likely to carry a heavy price tag for the Mehsuds. For militants who claim they are prepared to die fighting, the level of unpreparedness exhibited at the funerals of Baitullah Mehsud and now his protégé Hakimullah has been striking. Hakimullah took charge of the TTP following a long summer of protracted political infighting after Baitullah’s death in 2009; that he would spend his own days fighting on the frontline without giving a thought to his future successor seems to have been a managerial oversight on his part.

2013 has been a year of existential crisis for the TTP, and Maulana Fazlullah’s quiet rise to the forefront may be indicative of the underlying mood within the organization. Notorious for his iron-fisted control of Swat between 2007 and 2009, Fazlullah is remembered as the man who transformed Mingora’s Green Square into a public execution ground, and ordered the attack on Malala in 2012. Rumours that he may recently have been shifted to Pakistan from Afghanistan in an attempt to facilitate negotiations with the PML-N government, while speculative, suggest that power dynamics within the TTP have been in a state of flux for a while.

With Hakimullah’s death, it seemed as if uncertainty about TTP’s future had set in. And while uncertainty in times of war can be debilitating, Fazlullah’s selection as the new face of the TTP raises the possibility that the appointment will be internally contested. As the first non-Mehsud to lead the organization since its ethnogenesis in December 2007, the core message here is that the TTP has less to lose; in this context, desperation and conviction of cause are likely to translate into infrequent but higher-intensity attacks against the state.

Against this backdrop is a ferocious debate on the CIA’s controversial drone campaign, and while the Hellfire missiles targeting Hakimullah and his men have certainly left cracks in the walls of House TTP, they have also divisively split public opinion in Pakistan. As the US counterterrorism strategy of choice, drones continue to do more harm than good, fuelling radicalization and undercutting national and regional stability.

Given these arguments, the altered demographic reality of the TTP has heightened the need for a revised CT strategy. The targeting of the militancy’s topmost leadership tier has significantly narrowed the pyramid that forms the TTP’s organizational structure. A once prolific cadre of battle-hardened lieutenants has been washed thin, leaving behind an unwieldy base of foot soldiers with basic education and training, and greater prospects for de-radicalization and social mainstreaming.

In this context, a systematic strategy of fight-talk-fight (continue to target the hardliner leadership tier, but offer individual groups amnesty if willing to renounce violence) may help arrest the TTP’s strategic momentum. With the conflict in Afghanistan entering its twilight, the likelihood of a tribal buy-in to such a strategy is closely linked to the desperate desire for peace in a war-ravaged frontier.

Given that the PML-N government has already bitten the APC bullet, negotiations with the TTP need to be approached strategically rather than apologetically – a willingness by the government to talk does not necessarily imply a Faustian bargain. However, Fazlullah’s hardliner posturing also suggests that the TTP may now be less willing to talk.

Ultimately there was never a shortage of able-bodied protagonists to carry the fallen TTP banner, but there was a clear shortage of self-assurance. If exploited correctly, this vacuum could still give way to a deeper identity crisis within the movement’s ranks. For violent non-state actors, success is path-dependent on internal cohesion, and the last standing groups are those that amount to more than the sum of their individual parts.

For Fazlullah, finding that crucial balance will depend on coming to terms with the political compulsions of his own game of thrones; this will entail either a ruthless consolidation of power, or a judicious accommodation of centripetal tendencies within the movement. The latter will provide the state with a comparative advantage. The former will be a game-point for the TTP.

The writer is a project manager for Jinnah Institute’s Strategic Security Initiative, and tweets @fahdhumayun.