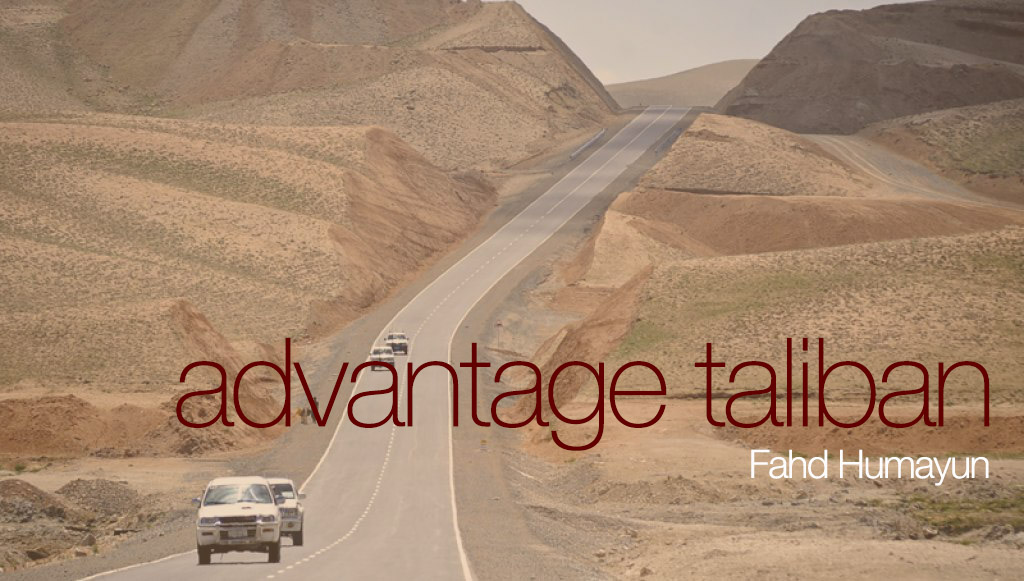 The war in Afghanistan is showing little sign of a seasonal let-up. As a successful Taliban campaign quashes hopes for a quick and easy settlement, the jury is still out on the timing of the decision to eliminate Mullah Mansour at the start of the summer. The only clear takeaway is that the events of May 23 have effectively redrawn the insurgency’s battle lines: the organisational reshuffle within the Taliban since has reunited what was effectively a divided insurgency, while shifting the goalposts for both Kabul and the Taliban on the subject of talks.

The escalation in violence comes despite increased airstrikes and the deployment of B-52 strategic bombers after President Obama ordered for airpower to be used more effectively starting this June. At the heart of Afghanistan’s current crisis lie two serious primary disconnects: the first is Kabul’s own inability to manufacture consensus on whether to take short-term tactical steps against the Taliban, or pursue a longer-term strategy that may help win the peace. Fighting and talking don’t have to be mutually exclusive, but it is important for Kabul’s security and political agencies to do a better job of signalling its chosen pathways, internally and externally.  Dissenting voices from the Dostam and Ahmad Zia Massoud camps on the subject of talks this summer have only clouded attempts to decode Kabul’s game-plan.

The second is the damaging decision to play up, rather than resolve, the political rupture with Pakistan. Part of this can be attributed to a domestic need in Kabul to paper over the failings of its own estranged power camps and its rising helplessness in the face of a troublesome insurgency. But its consequences have been debilitating for regional confidence building. In his calculation to mend fences with Pakistan President Ghani was right, but the lofty expectations laid at Pakistan’s doorstep – to take the QCG wheel and deliver on unrealistic timelines – made it inevitable that the process would eventually fall on its own sword.

Both disconnects are a function of a National Unity Government that is far weaker today than it was two years ago, and is busy putting out fires within its own corridors. Blame-shifters in and outside the Ghani camp continue to find in Pakistan a convenient excuse for the chaos encountered in the Afghan countryside, which doesn’t help the disconnect stemming from Kabul’s own anxieties. It’s easy to see the appeal in abdicating agency over the Taliban to Islamabad: a Taliban insurgency in hyper-drive, contesting 15 out of 34 provinces in Afghanistan, and that has plastered over internal divisions while managing to overrun districts in Helmand to the south and Kunduz, Baghlan and Badakhshan to the north, is a formidable domestic challenge. Structurally, if not militarily, this is the most united the insurgency has been since Mullah Omar’s death.

But as the vagaries of the ANSF’s own battlefield strategies become more apparent, so does another point: gains will be strictly path dependent on the NUG’s ability to project power outside the city. So far the coalition has struggled to deliver on this beyond maximalist posturing. In Kunduz, which fell to the insurgency last year, 5 out of 9 districts are under Taliban control. Since its fall last year, Kunduz has seen more Taliban attacks on district centers than any other province in the country. To the south, 95 percent of Helmand remains effectively under Taliban control. Because airpower against the Taliban has only been marginally effective, building up the ANSF and notching up on-the-ground successes will be crucial if the NUG is to incentivise the Taliban to rethink the merits of an offensive without end.

Short of a broader political settlement, the policy options then for Kabul are few and far between: defeat the Taliban on the battlefield, or defeat them just enough to keep them from overrunning the biggest population centers, even if this means tolerating rural land-grab. As far as choices go, the first is unrealistic: a shortage of military hardware and acute lack of good war management is unlikely to turn the northern or southern tides anytime soon. This makes the challenge of playing up the coercive threat in the absence of positive inducements that much harder. The second option is just sub-optimal. In the absence of palatable alternatives, Afghanistan will remain caught in a cyclical trap with no end to violence. The reintegration of the Dadullah Mahaz faction into the Taliban high command this month, long considered one of the most lethal Taliban contingents, is likely to add further firepower to the insurgency’s southern engines. The co-opting of the splinter is the latest in a string of rapid Taliban success in bringing outliers back into the fold: under Haibatullah Akhunzada, not only has the insurgency turned more hardline, but it is also deftly leveraging factional leaders to consolidate a motley mix of Haqqani, Zakir, Manan and Yaqoob supporters.

Because Kabul’s views on reconciliation are increasingly opaque, the Taliban too are likely to view engagement from a perspective of diminishing returns: with payoffs from a future peace deal getting smaller and smaller, it is unlikely that the rebooted insurgency, which is performing well at the moment, will want to trade off present gains for future losses. The problem is also one of rising local disenchantment with the Ghani administration: a growing loss of trust in government officials is encouraging local families in Kunduz and other insurgency-hit provinces to provide refuge to militants.

For Pakistan, the broader chaos speaks to worrying future consequences. Afghanistan’s survivability remains conjoined to Pakistan’s own fractious stability a full two years since the launch of Operation Zarb-e-Azb. Mounting pressure on Kabul to turn to New Delhi for Mi25s and other military equipment is likely to be an unhelpful source of strategic tension. US policy on Afghanistan remains equally unclear: Haibatullah Akhunzada has not been blacklisted by the US, despite the battlefield damage inflicted by the Taliban on ANSF and support forces under his command. Continued attempts to condition operational successes on action against the Haqqanis ignore the reality that the centrality of the Haqqanis to territorial land-grab outside Kabul remains limited.

Nor can Pakistan be expected to be the only driver of Afghan reconciliation. Short of a QCG reboot, the default regional fallback will be the Istanbul Process when Heart of Asia member states meet in November, with greater space for China and Iran, and possibly Qatar, to aggregate their respective weights behind a reconciliation grand plan. In the run up to this, and with a host of global powers from the United States to China all beating down the door to Doha, hard questions must also be asked of the Qatar office, including the groups it claims to represent and its own purported surrogacy vis-à-vis the battlefield high command.

Above all, Kabul will need to do a better job of squaring up to the challenge. On the bilateral front, Kabul should know that there is a willing partner in Islamabad prepared to meet it halfway for a diplomatic do-over but this will have to be embedded in a tangible commitment to collective action and maximising on shared operational gains. Recent moves to target the TTP high command are welcome in so much that they recognise the genetic linkages between militant spinoffs on either side of the border. There are other entry points for policymakers to cash in on too: even as the Taliban consolidates, outlier commanders such as Mullah Najib, Abdul Rauf Khadim, Syed Emarati and Mullah Qahar have defected and joined Daesh offshoots. The Taliban is also reported to be facing a cash-flow crisis of sorts, with commanders in Helmand reportedly holding back on the wiring of revenue from drugs, taxes, and marble to Haibatullah. The threads of a stillborn agreement with the Hezb-e-Islami from this summer can also be collected to create a reconciliatory model for the HPC to attempt to replicate, should the opportunity present itself.

Another way to break the impasse would be to reinstitute a regional mechanism to pick up from where the QCG left off, without burdening it with the sort of expectations gap that crippled the QCG from effectively doing its job. Shortcomings notwithstanding, the QCG did drive home a sobering truth: no single regional player has the capacity to individually plot, or pilot, Afghan reconciliation.

Ultimately, Kabul must be the architect of its own endgame, and for this to work the National Unity Government will have to heal its rifts and prioritise an improved relationship with Islamabad over unresolved geography and ethnic anxieties. To reverse the battle tide, it will also have to make a clean break with the cycle of strategic disconnect that has prevailed this summer, demonstrate greater agency vis-à-vis the insurgency it is trying to defeat, and show it is constructively invested in the longer regional play. Until it does this, the Taliban will continue to have the upper hand.