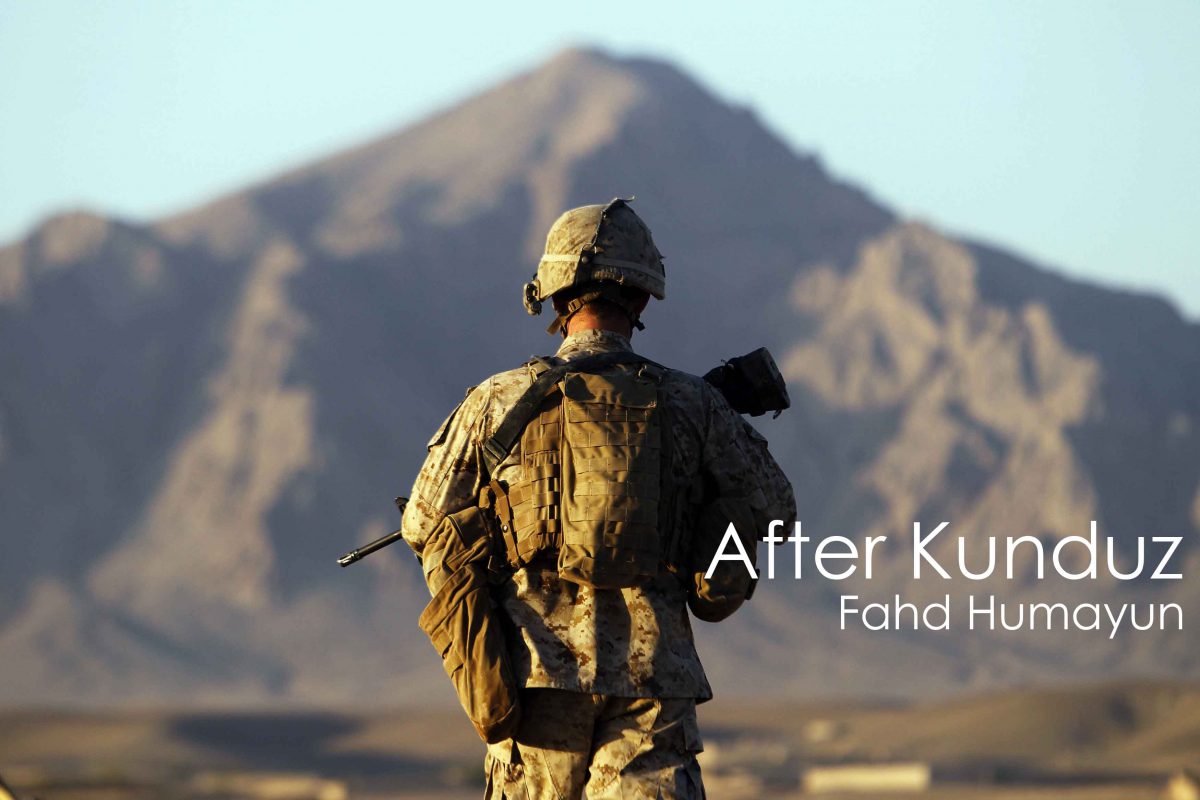 As the dust clouds settle over Kunduz, Afghan peacemakers once again find themselves pitted against domestic public opinion. At home President Ghani is confronted with a tough new reality: that of a resurgent Taliban, with the capacity to, as demonstrated this past fortnight, brazenly hold Afghanistan’s urban centers to ransom.

For an insurgency ‘in retreat’, the storming and holding of Afghanistan’s fifth-largest city by the Taliban on the eve of the Ghani administration’s maiden anniversary is a stinging indictment of U.S. policy in the region. Hence President Obama’s decision to stagger the pace of the U.S. pullout through 2016, as announced from the Roosevelt Room this week, comes as little surprise.

There are key lessons for both Kabul and Washington in Kunduz and the subsequent Special Forces-led counteroffensive to retake the city: namely, the insurgency’s unchecked ability to regroup and remobilize a year after ISAF concluded operations. In his testimony before the U.S. Armed Services Committee last week, General John Campbell painted a bleak picture as he discussed the insurgency’s heightened reach. Thirty-six districts across Afghanistan remain hotly contested by government and Taliban forces. And the exit from Kunduz is a tactical retreat at best.

Kunduz should also trigger alarm bells in Pakistan: land-grab in Afghanistan’s northern provinces by asymmetric forces will inevitably fast-track Daesh’s entry into an expanded theatre of conflict by next Spring. In Nangarhar, the heterogeneity of insurgencies old and new will ultimately pit Daesh versus the Taliban, with both groups competing for recruitment and expansion on either side of a border that President Ghani has yet to step out and publicly recognize. For Islamabad, this is a problem: geography in South Asia, like militancy, is a shared burden, and as long as Kabul continues to contest the international border with Pakistan, militants and militias will continue to frame their narratives along ethno-nationalist and religious lines.

With the Pakistan Army already stretched thin along a challenging western front, security black holes in Kunduz, Badakhshan and Baghlan also present a real problem to policymakers in Islamabad. Taliban victories in these areas are likely to attract TTP militants fleeing Operation Zarb-e-Azb.  Any resulting TTA-TTP nexus in Afghanistan’s northern provinces only multiplies the risks to Pakistan’s hard-fought, hard-won counterinsurgency gains here at home and abroad.

But while its successes in Kunduz may have emboldened the Afghan Taliban strategically, they will also have tightened the group’s command and control. This means that the Taliban’s show of strength in Kunduz may well have afforded the TTA’s newest chief Mullah Mansour the legitimacy and necessary capital to pursue one of two options: either ride out the winter until Spring 2016 without making any major concessions to Kabul, or else bring his weight to bear on the Taliban and its auxiliaries to reopen negotiations via third-party mediation.

Either way, the Taliban’s highly consequential successes in Kunduz mean that,​ for the first time in months, the insurgency will not be racked by the same issues of combat legitimacy that aborted the first phase of the Murree process. This could throw the Ghani administration a much-needed lifeline to reboot Kabul’s nascent peace project. But for that to take off, Kabul will also have to scale up its own counterinsurgency efforts, with a greater emphasis on holding retaken territories such as Kunduz and preventing future recapitulations. Crucially, Kabul will also have to recognize that any pitch for regional stability will have to pivot on a healthier Pak-Afghan relationship.

This then throws the reconciliation ball squarely back into Kabul’s court. That’s not to say the buck stops at President Ghani: heading into an election year, the Obama administration will equally have to reassess its regional and counterterrorism commitments to Kabul and Islamabad in light of new needs assessments from Afghanistan’s Taliban-run districts. D.C. policymakers will also have to reflect on the US $65 billion that has been spent to date on ANSF training with little to show for it, as the Afghan army continues to hemorrhage both money and human resource. A recent article in Foreign Policy arguing that the Kunduz debacle is likely to be misdiagnosed as a military rather than a political problem is only partly correct. Yes, the Ghani administration for all its good intentions has failed to crackdown on corruption or shore up district-level governance. But, fourteen years on, the United States is still waging a war predicated on adaptive tactics rather than an aggregate strategy. Post-drawdown, there is no overarching grand plan in Afghanistan, or indeed, a Kabul-led consensus on the issue of reconciliation. In the absence of both, attempts by the Taliban to take Kunduz and other strategic cities are likely to recur.

If then building sustained pressure on the Taliban to coerce them to back to their July negotiation positions is President Ghani’s endgame, several things must happen. The first is a concerted campaign to bolster the Afghan National Army (now the Afghan National Defense and Security Force). This includes building up the ANDSF, and addressing capability-gaps in the way of logistics, intelligence, command and control, airlift and aerial support. This in turn will reduce the competitive advantage enjoyed by Mullah Mansour’s Taliban contingents, and ensure that Afghanistan’s security gains, weak as they are, endure and are not reversed by seasonal Taliban tides. And while improving Afghanistan’s cash flow situation is important, throwing money at the problem won’t make it go away. Like the Middle East, American dollars are no substitute for long-term policy commitments that respond to battleground forecasts from Afghanistan’s trenches, as opposed to disconnected project timelines mapped out in Brussels and D.C.

The second is to refocus regional efforts on resuscitating July’s aborted reconciliation efforts, with due recognition to Pakistan’s role as a facilitator rather than an engineer of geopolitical outcomes. This needs to be spelt out clearly in Prime Minister Nawaz Sharif’s meetings with President Obama and Secretary of State Kerry later this month, supplanting the White House’s earlier and significantly less helpful ‘Do More’ directives. Nor should the Obama administration abdicate its own responsibilities of securing and safeguarding a peaceful Afghan transition to Afghanistan’s neighbours. Pakistan is already fighting its own highly stressful war on the western front, while it continues to absorb Afghan IDPs, placing additional strains on Pakistani cities already sheltering the world’s largest protracted refugee population. With Beijing jockeying to join the peace burden-share, now would be a good time for regional stakeholders to come together to review operation and aid TORs to help Kabul deliver on reconciliation.

Third, the U.S., Pakistan and Afghanistan will have to revisit their approach to jointly combatting terrorism and militancy. Unless the three capitals are on the same page with a transparent, functioning working policy on intelligence-sharing, counterterrorism strikes, Pakistan’s anti-terror drives in Khyber Agency and South Waziristan, and the issue of TTP safe-havens in eastern Afghanistan, efforts to stem the bleeding will continue to fall short.

With an unfolding new Cold War in the Middle East, international attention is already distracted from Afghanistan, where a deficit of hardware and logistical support runs deep. In May, auditors from the office of the Special Inspector General for Afghanistan Reconstruction (SIGAR) claimed that the ANSF was at its lowest level since 2011, with 20,000 fewer troops than 2014. This, at a time when the Taliban’s reach and grip in Afghanistan is the greatest it has been since the fall of Kandahar. All things said and done, the coming winter will test national security capacities in Kabul and Islamabad. Kunduz’s fall should prompt a hard collective rethink about sustaining them.