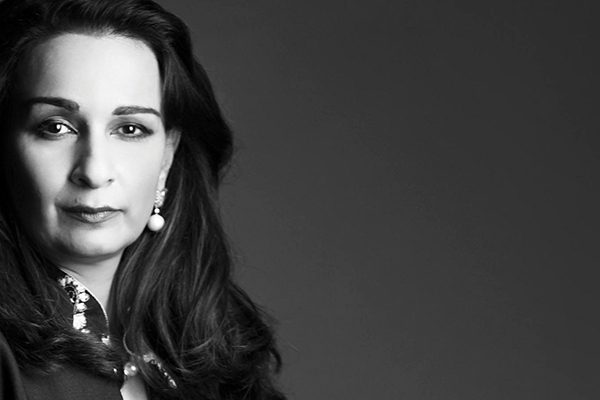 Half of Pakistan is enveloped in a nasty layer of toxic smog, as we speak. The problem is that smog is now an expected seasonal phenomenon rather than an anomaly. When an abnormality becomes routine, it is time to start worrying.

What makes this smog though?

We will have such bad air-days until it turns into an “airpocalypse.” Irritated eyes, damaged lungs, and noses have become a norm. A wave of diseases continues to descend upon us as pollution from power plants, vehicles and other sources of carbon emissions react with stagnant air to form a ground-level ozone. The double whammy of heightened air pollution and a drier climate is the emergency that our nation faces.

This brings us to the biggest beast of them: climate change.

The effects of the changing environment are not just related to longer summers and people complaining of facing unbearable heat, but to critical threats to food security, water scarcity, economic unsustainability, and health crises. These are issues that are now beyond potential problems and have developed into immediate national security concerns that must be tackled within the next few years.

Our nation has been battling a deadly war against terrorism. In the 15 years from 2003 to 2017, between 60,000 and 70,000 people died in terror-related incidents. The average number of air pollution-related deaths per year is 60,000. I don’t want to downplay the risk of militant extremism, but we must understand that our citizens are more vulnerable to diseases in the air than to armed terrorists on the ground.

We lose 6% of our GDP to environmental degradation and are the seventh-most vulnerable country to climate change. Outdoor air pollution alone causes 80,000 hospital admissions per year, and factoring on average 60,000 deaths out of them, speaks volumes about our hospitals’ capacity to deal with pollution related emergencies. Children and senior citizens are the most vulnerable groups. There are nearly eight million cases of lower respiratory problems recorded a year in children under the age of five.

How is it a matter of national security?

Pakistan has an agriculture-based economy. According to a recent State Bank report, one of the two major drivers of our projected growth is the agriculture sector — the other is SMEs. Interestingly, both are linked to climate change subsets, such as pollution, water and energy crises. This brings us to another crucial concern — water policy; rather the absence of one.

According to a report issued by the UNDP, Pakistan will dry up by the year 2025. That is less than seven years from today.

There is an interlink between water, climate, energy, and agriculture. Any cracks in this cycle will lead to problems that will result in chronic food shortage, lapses in energy security and stagnation in human development. Pakistan started off as a water-rich state in 1947. Seventy years later, we are the third-most water-stressed country in the world. Our per capita annual water availability has dropped from 5,000 cubic meters seven decades ago to 1,017 cubic meters — alarmingly close to the scarcity threshold of 1,000 cubic meters.

Pakistan has the world’s fourth highest rate of water usage. Its water intensity rate — the amount of water, in cubic meters, used per unit of GDP — is the highest in the world. We use more than 90% of our water resources in crop irrigation, which is much higher than the global standard of 70%. Simply put, there is no other country on the planet with an economy that is more water-intensive than ours.

What do we do?

We need a climate change policy that is an overarching strategy for all related issues, including water scarcity, and its nexus with energy and food security. Most developed countries have moved to drip irrigation for the agriculture sector. We still use tube wells and canals for watering our crops, leading to large amounts wasted. Wastage is not limited to the method of irrigation but extends to the mismanagement of canals. Sixty per cent of water is wasted due to leakages in Islamabad alone.

We must take ownership of our climate change, water management, food, and energy security policies. Pakistan must design a framework that incentivises water conservation and penalises wastage. Before anything else, let’s recognise that water is a fundamental human right. The argument to price its usage is a powerful one, but may end up penalising the poorest, so policy should target industrial and elite metering. But it can be conserved. Water canals can be lined, and rain-reservoirs budgeted in. Tube wells that deplete ground water where it still occurs, must be priced, and low-maintenance desalination brought in as a huge infrastructural investment.

What can we do about smog?

We must invest in a public transport system. At the outset, we will have to be clear that like most things, climate change governance cannot run on patronage and exemptions. Steel, coal, factories and other producers of greenhouse gases must be forced to comply with international standards on controlling emissions. This will not be easy, but will have to be done in tandem with incentives for renewable energy investments.

Despite a creaky and collapsing health sector, the government will have to amplify public-sector efforts with partnerships in the better managed private sector. Rising air pollution will cause disease outbreaks that our hospitals are not equipped to cope with. Pakistan has excellent doctors. We just need to manage the services and brick and mortar better. This too will mean a cleaning out of patronage architectures and ghost workers.

Our national security is at risk as we head into the third decade of the 21st century. Political disputes among provinces and with the federal government will be unavoidable, fuelling structural unrest in the country. We must act. And we must act now.