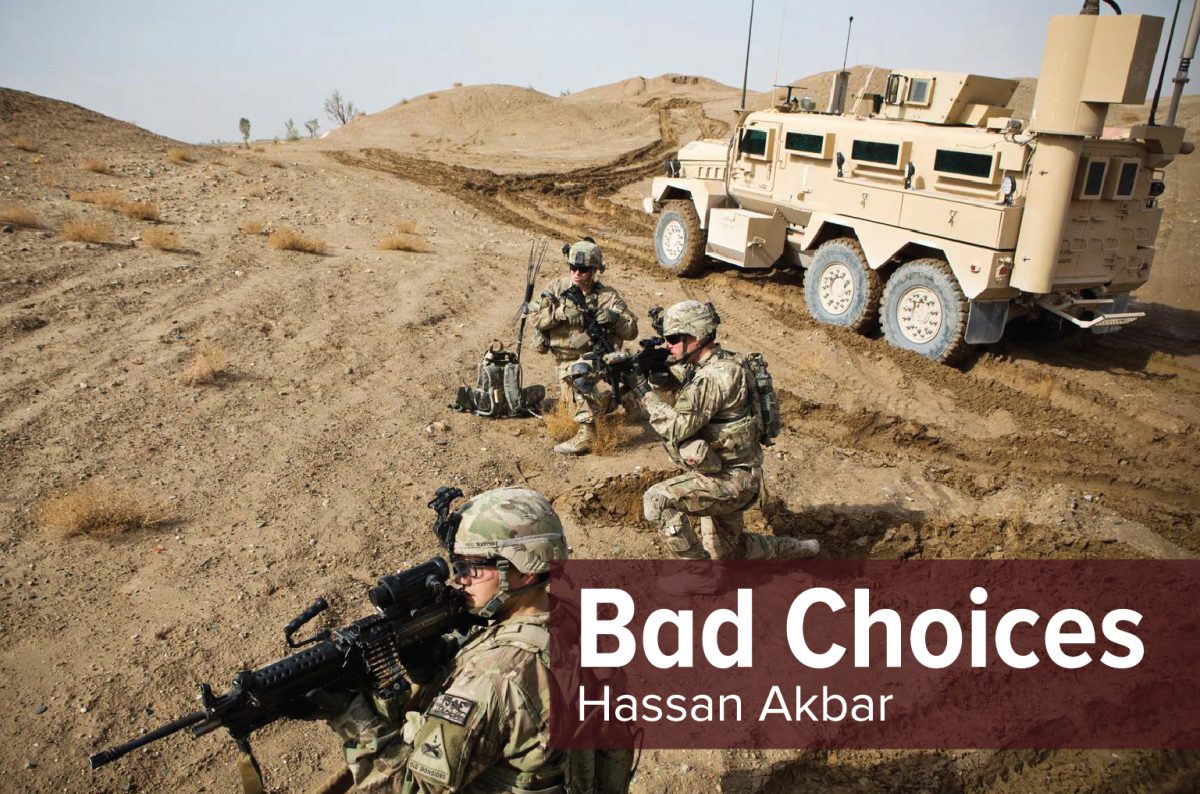 President Trump is finally set to address his country’s longest running war with a ‘new’ policy for Afghanistan. With a troop increase in the mix and a visibly more muscular approach on display, the new US administration is signaling renewed intent to keep their Afghan engagement open-ended. Unclear is whether this latest commitment to Afghanistan comes conjoined with at least a modicum of political direction towards reconciliation.

Ominously, Washington’s point man on the region, Gen McMaster has announced that the same policy would apply to Pakistan – harkening back to AF-PAK days. For many in Pakistan and the region, this rehash of a mini-surge, with US and NATO troop increases in thousands, is reminiscent of Obama’s policy-dither between engagement and estrangement. Precisely the kind of dithering, some would argue, that has led Afghanistan headlong into an increasingly intractable stalemate.

That the Afghan conflict has stumbled into stagnation is apparent. For a couple of years now, the on-ground reality in Afghanistan has been locked in an impasse. Neither the Afghan government, the Afghan Taliban, nor Daesh have been able to significantly alter the status quo to affect long term change. The United States, distracted by conflict in the Middle East and political change in Washington, has invested only enough thought and material to ensure just that – a sub-optimal Afghanistan.

Prospects for reconciliation, dim as they may have been, have gradually dissipated. Despite marginal measures meant to signal a semblance of forward movement, such as Hekmatyar’s much touted reemergence in Kabul, the hard calculus on reconciliation and peace remains stalled.

Where then does agency for peace lie? After a decade and a half, Afghanistan has built a broad constituency for democratic government, rights and institutional governance. A new generation of Afghans invested in a future for themselves and their country represent hope. But negotiating this urban reality with the equally cogent grip of a doggedly resistant Afghan Taliban on vast swathes of rural territory represents a singular challenge.

Closer to home, both the resilience of the conflict and its inability to present prospects for an end-game has damaged the bilateral relationship. An Afghan government, mired in internal strife and demonstrating an innate inability to chart a path to peace has found refuge in its bellicosity towards Pakistan. Not so long ago, Kabul and Islamabad seemed to be working towards finding common purpose, but today the cracks in the relationship run deeper and wider than ever before. Despite recent visits to Kabul by senior military officials, the distrust widens, the death toll rises and the baggage of accusations, true or otherwise, keeps piling.

For Islamabad, the strategic goalpost for Afghanistan remains stability albeit one which ensures at the minimum a working relationship in its immediate west. But ironically, this goalpost – shared by many stakeholders in Afghanistan – remains a bridge too far. Today, the distrust in intentions has morphed into a wider, more visible conflict. Firing on border patrols and villages, forced return of refugees, closure of border crossings and rising rhetoric are but symptoms of a deeper malaise that has set into this relationship. Despite the haze that may cloud the future of Pak-Afghan relations, what is clear is that the longer this conflict continues the greater its strains on the triggers that dissect this relationship.

Two possibilities to chart a path towards ending this conflict exist. The first, involves investing men and material to affect a substantial change in the military calculus of Afghanistan. The second, to realign interests and, perhaps more importantly, expectations within Afghanistan to nurture reconciliation. The employment of MOAB, General Mattis’s trip to Afghanistan after the Balkh attack and the announcement of sending additional troops are clear indicators that Washington seems to be leaning towards the first approach.

But what has not been worked through is the impact of this expected surge. For one, many significant political players in Afghanistan have raised doubts about heightened US military presence in Afghanistan. Renegotiating the Bilateral Security Agreement, if numbers cross the 10,000 threshold, posits political pitfalls for an already fraying coalition in Kabul. Secondly, a surge would effectively impact the fighting season in 2018, perilously close to the next Presidential election the year after. Thirdly, the numbers presently under consideration will only roll back recent gains by the Afghan Taliban and stem further inroads. What is unlikely is that any mini-surge would alter the checkers on the board in the sum total of Afghanistan’s military calculus.

As the US approach crystalizes in coming months, the directional dichotomy between the United States and Afghanistan’s immediate neighbours is likely to widen. For Pakistan, and Afghanistan’s other neighbours, Daesh and other transnational terror groups remain a regional threat. As a result, the Moscow process has largely focused on the second approach, finding a resolution to the conflict in Afghanistan, one that brings the Afghan government and Taliban on the negotiating table and isolates Daesh early on.

But success in Afghanistan cannot be achieved alone. Today, despite a reduction in troop levels and investment, Washington remains the primary underwriter for the Kabul government. Any initiatives, such as the Moscow process, that the United States is not a part of, are likely to achieve limited success. Similarly, a Washington-led putsch to alter the military realities of Afghanistan which ignores Eurasian players in the region, is unlikely to succeed.

The road to peace lies within Afghanistan. The fact remains that only the government in Kabul can negotiate Afghanistan’s realities. But the government is fast losing ground to traditional warlords and insurgents, with Pakistan becoming shorthand for its own failures. As the path to the 2019 elections nears, political jockeying in Kabul is frustrating any forward movement on reconciliation. As long as Kabul and Washington refuse to address the fundamental contradiction between asking for Islamabad’s help in reconciliation and tackling terrorists operating from Afghanistan, Pakistan’s policy choices will remain limited. Unfortunately, a US policy that reinvests solely in a military surge without concurrently encouraging political redress will only result in further muddle through in the political blind-alley that is the Afghan conflict, well beyond 2019 – an outcome Pakistan will be weary of.

The author is Director at the Jinnah Institute. Twitter @hass_akbr

Please note that the views in this publication do not reflect those of the Jinnah Institute, its Board of Directors or Board of Advisors. Unless noted otherwise, all material is property of the Institute. Copyright © Jinnah Institute 2017.