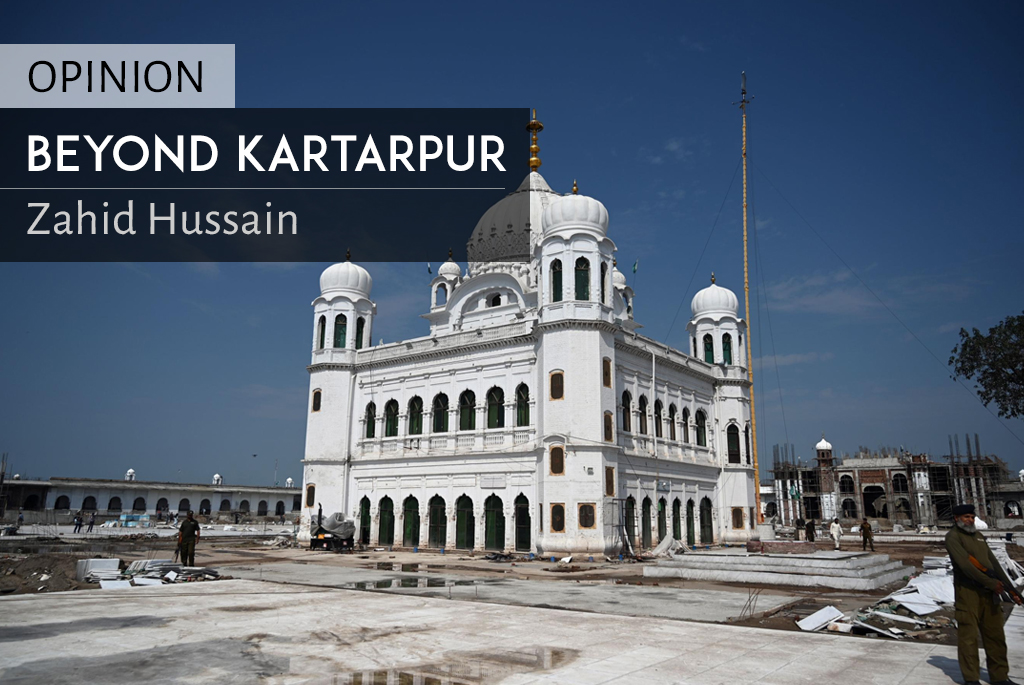 In the midst of the worsening stand-off between Pakistan and India, the opening of the Kartarpur Corridor has been a remarkable feat. The historical event may not break the ice, but it certainly shows a way forward. The opening of the corridor allowing Indian Sikh pilgrims secure and visa-free access to one of their holiest shrines has broken the barrier that was Partition’s legacy.

It was an emotional journey through the four-kilometre passage for hundreds of Sikh devotees on the opening day. The five-minute drive from the border took 72 long years. The Kartarpur shrine is so close to the frontier that its white dome can be seen from across the border. What made the occasion more historical was that the opening came on the eve of the 550th birth anniversary of Sikhism’s founder, Guru Nanak.

Millions of Sikhs across the world on Nov 12 marked the 550th birth anniversary of Guru Nanak, the founder of their religion, in what is described as one of the biggest birthday celebrations in the world. Devotees from across the globe, including the UK and Canada, are also visiting Kartarpur for the celebrations.

The corridor was inaugurated on either side of the border by the Indian and Pakistani prime ministers despite the freeze in relations between the two countries. The credit, however, goes to Pakistan for making it possible, despite growing Indian belligerence.

It was a year ago that Pakistan indicated its willingness to open the corridor that had been long under discussion between New Delhi and Islamabad. The two sides first discussed the corridor in 1998, and then again in 2004 and 2008, but these talks failed to deliver. There had always been some political, security or other hurdle.

The Pakistani civil and military leadership seemed more committed this time. Talks on the project didn’t stall even with a complete breakdown of ties between the two countries. Modi’s latest action in India-held Kashmir could have easily derailed the whole process.

There have indeed been some voices in Pakistan that opposed the opening of the corridor which involved direct talks with India at a time when the Modi government has unleashed a reign of terror on eight million Kashmiris in the occupied region. But the Imran Khan government has taken a bold step by rejecting the objections.

Mixing politics with purely religious issues is never a good idea. Fulfilling a long-standing demand of a religious community to be allowed to visit their holy places shows a level of statesmanship. Such decisions go a long way towards confidence-building and winning hearts and minds. As Partition divided the population of the subcontinent, it also split their holy places.

Under a bilateral protocol signed in 1974, the two countries agreed to facilitate visits to certain cross-border shrines. Fifteen locations in Pakistan and five in India are covered under the protocol, but Kartarpur, one of the holiest Sikh places, just across the border had not been on the list. Over the last few years, it has become much more difficult for Pakistanis to visit the listed shrines on Indian soil due to visa restrictions. Pakistan’s decision to open the Kartarpur Corridor has earned it appreciation of not only the international community but also of the Indian people.

Coming at a time when not only all bilateral links between New Delhi and Islamabad have been broken, but also virtually every avenue of people-to-people contact has been closed, the opening of the Kartarpur Corridor is a most positive development. It shows that even in times of extreme tension, certain steps can help melt the ice or at the very least create some goodwill among the public.

Over the past 70 years, the two neighbors have witnessed many ups and down — wars followed by a period of relative peace — but the current situation is probably the worst with rising Indian bellicosity and virulent nationalism slamming the door on any hope of a rational dialogue on issues that continue to undermine regional peace.

In any other situation, an event such as the inauguration of the Kartarpur Corridor could have marked a major breakthrough. But the Kashmir lockdown and the suppression by Indian forces of the Kashmiri struggle of the right of self-determination cast its long shadow over the event. There is no indication as yet of India changing its course, or a show of any kind of flexibility, despite growing international outrage and protest inside the country.

The Indian action to annex the occupied territory and attempt to destroy the Kashmiri identity is also a part of muscular nationalism under a Hindu majoritarian regime. It is not only a matter of territorial occupation but also a move to turn a religious community into a minority. Driven by the Rashtriya Swayamsevak Sangh ideology, Modi is trying to turn India into a Hindu rashtra and marginalise other religious communities.

Not only is the brute military force an attempt to suppress the Kashmiri struggle for self-determination, it is also tantamount to the cultural subjugation of an entire community. We are witnessing in India today the escalation of violent Hindu nationalism that is causing instability in the region.

Such militant nationalism also affects state institutions, even the judiciary. Hence the latest verdict of the Indian Supreme Court on the Babri mosque issue has not come as a surprise. It is unfortunate that the verdict came on the day of the landmark event at Kartarpur which has set an example of respecting religious values. The ruling by the Indian apex court could further intensify the religious divide in India, apart from affecting the region.

A major cause of concern is that events in India and the rising wave of militant nationalism there could strengthen right-wing Islamist groups in Pakistan that espouse the idea of a majoritarian Islamic state and are still active despite the state’s claims of having reined in many of them. The opposition of JUI-F chief Maulana Fazlur Rehman and others of his ilk to the opening of the Kartarpur Corridor is one such example. But, notwithstanding such scepticism, it is evident that the majority in Pakistan appreciates the move.