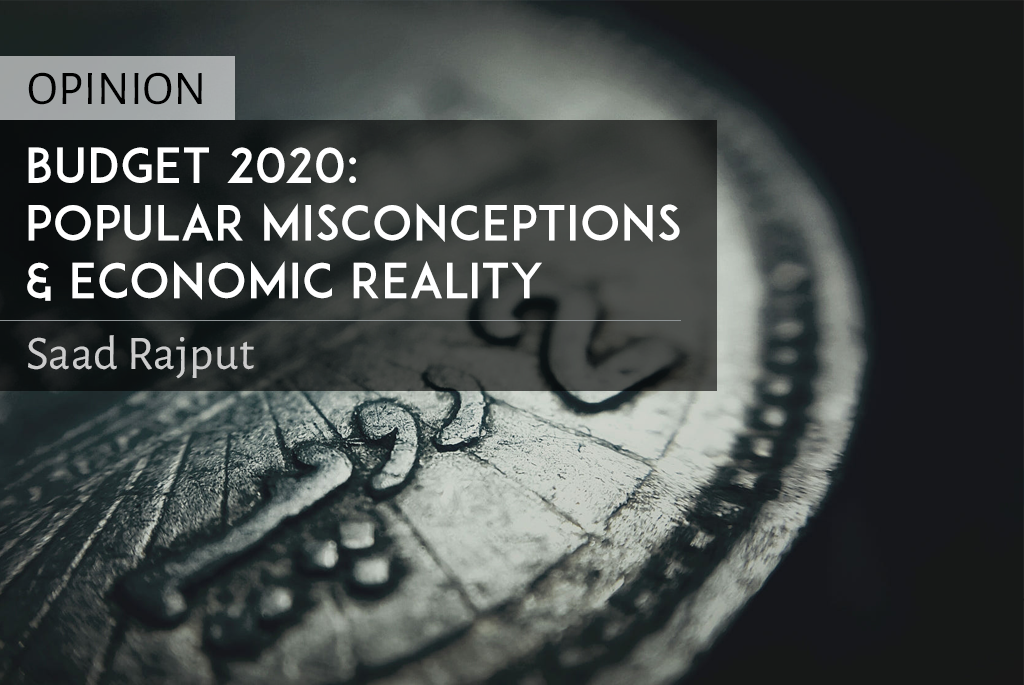 Debates about Pakistan’s economic stewardship have become a core feature of public discourse since the PTI government assumed power last year. Two mini-budgets and the removal of a finance minister later, the much-anticipated federal budget for 2019-2020 was read out by the Minister of State for Revenue on 11th June, amidst protest and uproar by opposition parties. The budget has since been intensely debated on prime time talk shows, social media and in subsequent parliament sessions.

Public discourse is usually an effective barometer for gauging public mood and information regarding governmental policies, and voters’ interest in policy decisions. But steep political polarization across the country, as well as the forceful onslaught of misinformation on social media have made it difficult for most citizens to differentiate between political rhetoric, public policy and official economic data. This essay attempts to create some clarity around common misconceptions about the economy, and critique policy measures taken by the incumbent government. In particular, it responds to myths propagated by social media influencers exhorting citizens to take remedial measures that ‘fix’ the economy during the short term.

The government aims to raise total revenue of Rs. 5.5 trillion over the next fiscal year, an increase of almost 25% compared to last year. Whether collection reaches even close to this ambitious target is highly contestable: in a year of low economic activity, receipts from indirect taxes will fall considerably, which make up more than half of this year’s revenue target. The large portion of indirect taxes – levied on basic food commodities now – points to the continued regressive nature of the country’s tax regime.

Despite promising reforms in this domain, including broadening the tax net, the government has thus far only followed the steps of its predecessors. FBR reforms have been slow to come by, casting serious doubt over whether the tax body can meet the revenue target. There is no talk of implementing an inheritance tax or incentivizing informal businesses to come into the tax net. Non-filers too are now allowed sale and purchase of assets, thereby removing any incentive they had before to file taxes. Presenting a revenue target significantly higher than last year with no considerable reform, the government should be prepared for the possibility of a steep budget deficit. And as the deficit balloons, this would only lead to cuts in the Public Sector Development Program (PSDP) funds, delays in projects and an increase in borrowing from commercial banks, thereby reducing the amount of funds available for the private sector.

On the external front, the government has done little so far tohelp increase exports. The budget does propose abolition of customs duty for imported machinery and raw materials, which would have led to a decrease in costs of production, and consequently, competitive prices with all else unchanged; however, measures such as the suspension of zero-rated status (which previously exempted exporters from paying sales taxes) for five primary export sectors (leather, textile, carpets, surgical goods and sports goods) will add to exporters’ difficulties and balance out any relief through the custom duty removal. The Finance Advisor has been correct in clarifying that the removal of zero-rated status essentially means that only goods sold domestically will be taxed, whereas taxes collected for exported goods will be refunded. But bureaucratic inefficiencies coupled with a government running a large deficit will delay the delivery of these refunds, further tightening liquidity for exporters. In the presence of high costs of borrowing (with a policy rate hovering around 12%) and steep energy tariffs, the pains felt by exporters will continue over the foreseeable future.

Unfortunately, there has been little or no talk so far of reforms that could help improve performance of the export sector. Pakistan’s cumbersome tax regime, according to which duties are collected by both provinces and the center, significantly impacts compliance costs for businesses. A simplified tax regime would make things easier for exporters, and also boost Pakistan’s ranking on ease of doing business. Furthermore, exploring new destinations for the country’s exports is essential if the current account’s exposure to global shocks is to be decreased. Even for existing export destinations, including those that have extended preferential trade agreements (such as the GSP status granted to Pakistan by the EU), regulatory compliance needs to be increased to maximize gains from such agreements. Finally, exporters must move towards producing and selling high-value goods that have higher income and price elasticities. For now, low value goods which make up the bulk of Pakistani exports will continue to earn little, face steep competition and remain volatile to global demand shocks.

Long-term sustainable growth in the future depends on investments made today. And Pakistan’s FDI numbers are not improving. While countries like Saudi Arabia and UAE have committed to investing billions of dollars and signed MOUs on multiple large scale projects, these will take years to materialize. Oftentimes, such government-to-government investment MOUs do not materialize at all, since the investing country expects special incentives such as non-compliance with domestic tax or business regulations. While news of sovereign investors building large scale infrastructure is hailed a foreign policy achievement, the fine print of contracts awarded and terms of agreement are seldom made public.

About two-thirds of FDI into Pakistan in the past three years has come from China, with contributions from other countries remaining stagnant or falling altogether. Total FDI has declined by almost half from July 2018 to March 2019, compared to the same period last year. This may well suggest that efforts made by the current government to increase FDI have so far not borne fruit. Pakistan’s dependence upon FDI is due to its low domestic savings rate: Pakistan’s annual savings-to-GDP ratio is about 20% while those of Bangladesh and India surpassed 30%. So far, no comprehensive policy has been put in place to address this, while attempts to attract investment from abroad have also not worked.

To top it all off, there are quick remedies on offer to restore the economy: selling foreign exchange held by households and banning imported consumption goods (such as tea and cheese) that make up a negligible portion of our import bill. These measures have found adherents who are faithfully trying to reverse Pakistan’s economic depression. Such quick fixes have never worked as they have no grounding in economic fundamentals. Misguided patriotism has led some to cite the example of Turkey, whose citizens sold dollars in large quantities to save the Turkish Lira’s crash some few months ago. Sadly, the Turkish Lira’s fall against the dollar continues anyway as the structural challenges causing the Lira’s crash were not addressed.

Such ideas displace the onus of responsibility of economic stewardship from governments onto citizens, and clamp down policy critique. It will serve all governments better, across the federation of Pakistan, to educate citizens on the complexities of economic policy management and the processes that impact each other over time. Appeals for patience through troubled times ahead while lambasting previous governments for economic mismanagement will extend the PTI’s political lease in the short term. But to enable the transformation of Pakistan’s economic system, there should be a closer study of structural challenges, and knowledge of how incentives can be shifted and intra-relationships altered. A government that has campaigned on change must not shy away from undertaking structural economic reform, and realize that stabilization and growth strategies are not mutually exclusive. Only the latter can get the economy back on its feet.