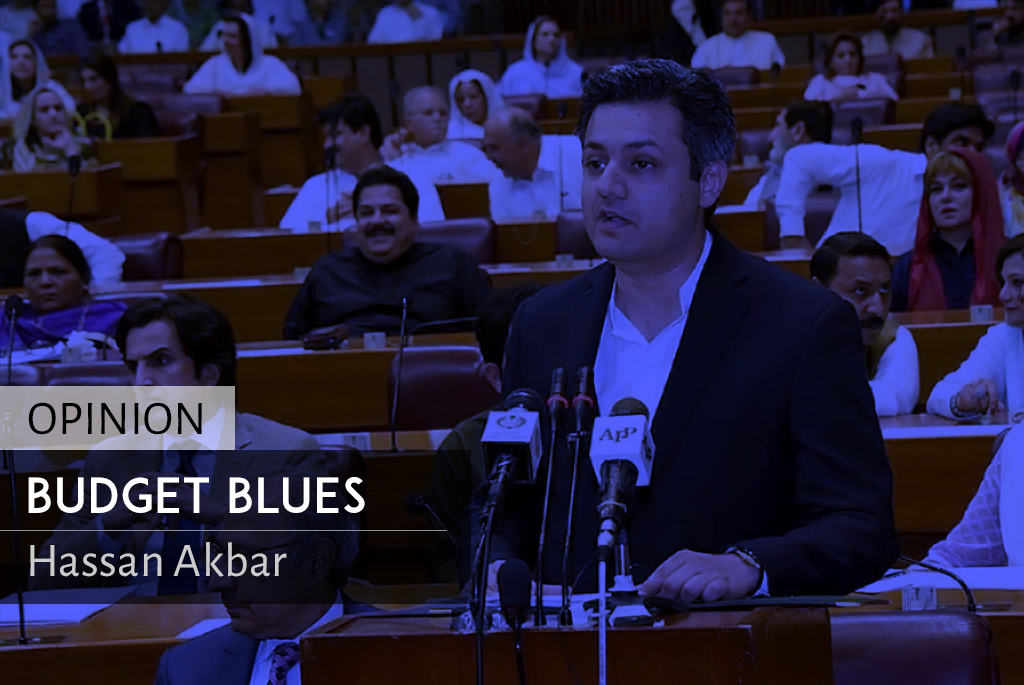 n what is being billed as Pakistan’s most austerity laden budget in decades, new taxation and fiscal retrenchment measures are set to herald a difficult era of economic contraction. The government’s economic team, missing a full time finance minister to steer the economy through this turbulent period, has privileged macroeconomic stabilization under an expected IMF bailout by sacrificing economic growth which in turn is expected to dive to a dismal 2.4 percent.

The burden of revenue generation is set to fall on salaried individuals. New income and indirect taxes have been levied in the budget amidst an ambitious 20 percent increase in the revenue target. A decrease in the minimum taxable income, the addition of four new income tax slabs, and a regressive tax incidence, up by 200 percent for middle income individuals, has added to the tax burden of the few citizens already in the tax net. With inflation set to cross the 13 percent mark after a decade on the back of a devalued rupee and increase in energy prices, the burden on lower and middle income households will rise exponentially.

The government has insisted that tough austerity measures are necessary to disrupt Pakistan’s slide towards bankruptcy. The onus for difficult economic conditions has been set squarely on the shoulders of the previous administration’s appetite for public and foreign debt. But this is only half the story. The PTI too has accumulated more debt in its first eight months than any previous government during the same period. Public and external debt has risen from Rs 29.88 trillion at the end of the PMLN’s tenure to Rs 35.09 trillion by end of March this year. The government’s indecision on an IMF programme and the subsequent uncertainty in markets has eroded confidence in the government and exacerbated macroeconomic indicators over the past ten months. The inability to balance the need for stabilization with an eye towards keeping growth on the charts is reflected in the budget.

Like the several IMF programmes before, the absence of a plan to eventually graduate from stabilization to growth is worrying. Equally concerning are mixed and contradictory policy announcements, especially on export oriented industries. While the government has announced reduction of duties on import of machinery and raw materials for the textile industry, the withdrawal of zero-rated exemptions on sales tax from five leading export industries including textiles, leather, carpets sports, and surgical goods will stifle exports. The zero rated facility for gas and electricity too has been withdrawn and will increase input prices. The only concession in the budget has been the government’s promise to refund sales tax on an automated facility. Pakistan’s limited exports will fall. The continuing slide of exports despite the devaluation in the rupee, indicates a fundamental lack of competitiveness in Pakistan’s exports.

The government has exempted customs duty on more than 1,650 raw materials and industrial inputs for the manufacturing industry, including the paper industry. But the decrease in customs duty is accompanied by an interest rate hike to over 12 percent denting private investments in new manufacturing units. The removal of the restriction on the purchase of property by non-filers has been removed in the budget, this comes as a boost for genuine buyers. But the simultaneous levy of capital gains tax on FBR rates irrespective of holding term of property and the rise in FED on cement will dent construction as investments in the property sector decreases.

The government’s policy for the next year is predicated on reducing aggregate demand in the economy. While the reduction in aggregate demand will result in a lower import bill, the impact on domestic production will be damaging in the long term. The disincentives built into the budget for export industries and the lack of significant incentives for private investors in the services and manufacturing sectors will skew economic outcomes making growth off-take even harder in the coming years.

Unfortunately, the austerity driven budget for the next year is not accompanied by any reform plans to restructure the economy – an essential step for recovering from stabilization and entering a growth phase. The only policy measures outlined in the budget have been limited to increasing the tax net through punitive measures. Instead of creating adequate incentives for self-selection into the tax net, the government’s planned measures for increasing the tax base are limited to ‘hunting down’ non-filers – a tried and tested method that has had little or no success before. The lack of a road map on restructuring loss making public sector enterprises, incentivizing industrial growth, improving the cost of doing business are missing.
While the government’s monetary and fiscal measures are adequate in their effort to contain the fiscal deficit and the current account deficit, these policy measures come at the expense of any growth momentum developed over the last five years. According to the World Economic Outlook report by the IMF, Pakistan will grow at a sluggish rate of 2.5 percent on average for the coming five years. The 2019 budget forecast is a reflection of that prediction. An overzealous pursuit of macroeconomic stabilization at the cost of even a modicum of growth will mean rising unemployment and poverty levels in Pakistan as the government struggles to meet pressures on public service delivery. The results of stabilization are already being felt and its impact will only grow more acute in the months to come.