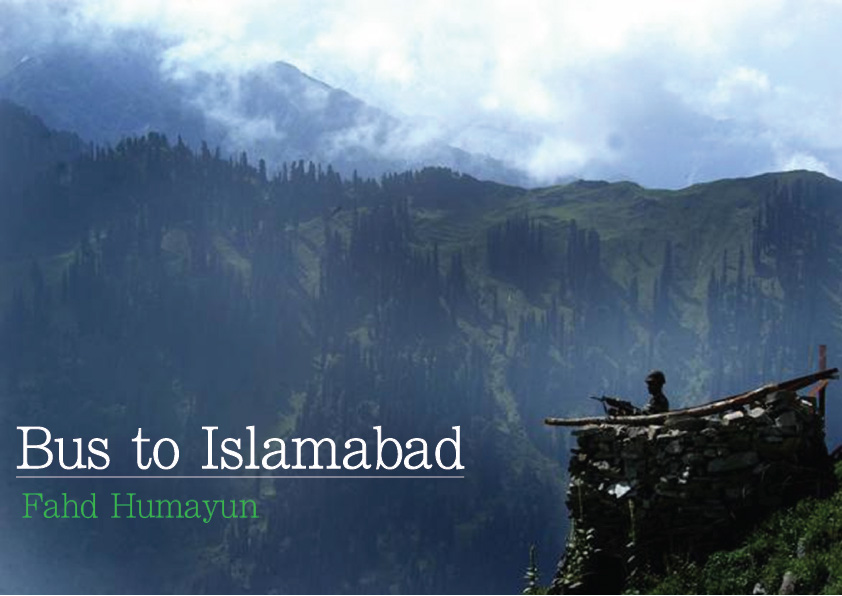 When Indian Defense Minister Mannohar Parrikar spoke of ‘neutralising terrorists through terrorists,’ on a private news channel last week, his comments threw into sharp relief the time warp that the India-Pakistan relationship has found itself hostage to.

This summer marks a year since the Bharatiya Janata Party (BJP), led by Narendra Modi, ascended to power in India. But despite the initial optimism of fresh engagement and indeed possible rapprochement between South Asia’s two largest powers, made feasible by the political capital suddenly available to an emboldened and unencumbered government in New Delhi, real progress between India and Pakistan continues to logjam.

Two trends have dominated Indo-Pak ties over the past twelve months: unprecedented violence along the Line of Control and Working Boundary climaxing in early October, and cautious overtures at the official level, beginning with Indian Foreign Secretary Jaishankar’s visit to Islamabad in March. But the absence of any follow-up to the Foreign Secretaries’ spring meeting speaks to the chronic malaise that continues to dash hopes for a bilateral breakthrough.

In his first year in office, a staggering 15 foreign state visits has turned Modi from persona-non grata to one of India’s best-travelled Prime Ministers. On the border dispute with China, India held its 17th round of talks between special representatives in February. But the same enthusiastic outreach has skipped over Pakistan, despite Islamabad’s readiness to engage.

For any state aspiring to double-digit growth and regional leadership, intransigence with its neighbours is poor form when it comes to policy. But as India transitions into its second year under a Modi-led government, the space for a strategic do-over may well shrink. Well out of its honeymoon phase, the BJP is likely find itself under pressure to accelerate economic growth and make the case for increased defense spending in the north.

In Islamabad, a hard-won national domestic consensus on the need for improving relations with India is still intact, but not immune to reversals. Violence in 2014-2015 on the LoC was accompanied by a slew of steely cross-border messaging and terror boat accusations, all pointing to India’s hankering for a retention, rather than revision, of the bilateral status quo.

There is no reason why two majority-backed Prime Ministers cannot take a gamble on goodwill and rise above history. Modi’s foreign policy doctrine of ‘Panchamrit’ pivots on dignity, engagement and dialogue, shared prosperity, security, and cultural linkages, providing the leeway for a policy rethink on Pakistan. And the public appetite for militarized engagement, at least in Pakistan, has never been less. With the Indian and Pakistani economies set to grow this year – albeit at different rates – one fifth of the world’s population stands to lose out each day from the absence of cross-border commerce. Conservative figures estimate that there is $25 billion to be made in the way of bilateral trade over the course of the next decade, if tariff and non-tariff barriers can be stripped away.

The LoC, meanwhile, needs to graduate beyond contests of one-upmanship. Notably, the condemnation that followed Defense Minister Parrikar’s bluster quickly overshadowed the rest of his speech. He went on to mention that the porosity along India’s borders had visibly reduced, and intelligence improved. And while 2015 offers few diplomatic footholds for an Indo-Pak Hail Mary, other than the UNGA meeting in September, that might be a good thing; unsaddled by the burden of expectation, and seven years since the last major terrorist attack derailed relations, Prime Minister Modi has both the license and freedom to fashion and own a foreign policy initiative on Pakistan.

The only guarantee of headway, before bureaucracy hems Modi into an intractable position on Pakistan, is to seize the moment. Last year, infiltration by foreign insurgents also dropped to a historic low, and with elections in Jammu & Kashmir over, the calendar is clear for both sides to chart out a course for multi-modal conversations on trade, terrorism and border disputes.

So what’s next? In the immediate term, the ball is in India’s court. India must follow up on Secretary Jaishankar’s visit with a reciprocal invitation to Pakistani Foreign Secretary Aizaz Chaudhry, sooner rather than later. Multilateralism cannot, and should not, be the default parameter for Indo-Pak engagement. India will also have to appreciate the limited utility of conditionality dressed as overture in engaging any capital – least of all Islamabad.

India’s apparent indifference to Pakistan’s domestic and regional course-corrections, and the judicial and legal difficulties in prosecuting the perpetrators of 26/11, needs to be shelved in lieu of a broader rethink about an interconnected South Asia it wishes to lead into the next decade. And while Twitter and hashtag diplomacy makes for good optics, this is no substitute for deeper, institutionalised engagement.

Pakistan meanwhile, needs to bring trade back onto the bilateral radar even if this means going back to the September 2012 drawing board. Islamabad must also accept that, as far as economic compulsions go, trade liberalisation helps Pakistan more than it helps India.

While it may not be possible to pre-empt another summer of dust-ups and discontent on the LoC, the leaderships of both countries enjoy the political wherewithal to offset obstacles with creative engagement that goes beyond crisis management. A previous BJP Prime Minister demonstrated political courage by taking a bus to Lahore.  Towards the end of his tenure, Dr. Singh – despite his predisposition towards peace – lamented that his failure to visit Pakistan was a function of being domestically boxed in at home. It would be a shame if Prime Minister Modi, given all his majorities and machismo, failed to take that leap of faith.