Democracy and the Pandemic 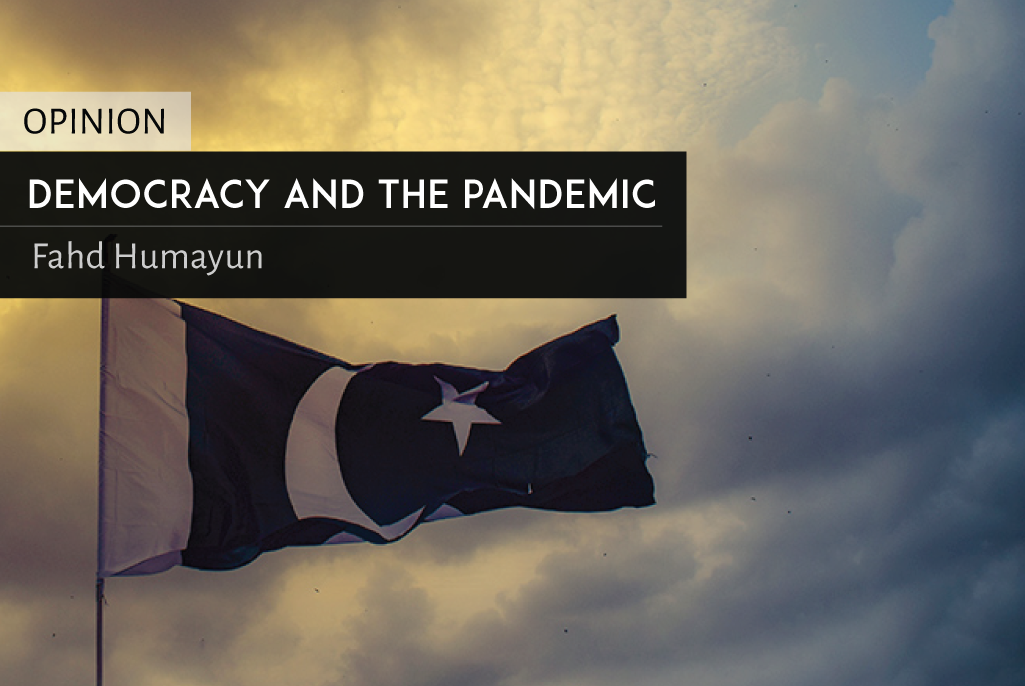 Pakistan still has a long way to go in the fight against Covid-19, with almost 20,000 confirmed cases, and doctors and hospitals facing a harrowing shortage of testing kits and PPEs. The downstream consequences of the pandemic now include the inevitability of an economic contraction. Data from the Ministry of Health suggests that over 150,000 citizens will be infected with the virus by the end of May. But instead of focusing political energies on ramping up testing and critical care capacity, a few observers have begun attributing the country’s unpreparedness and structural path-dependencies to Pakistan’s federal arrangement.

Scapegoating the ideals of a federal republic, as envisioned by the 1973 Constitution, or threatening the rollback of provincial autonomy, is an all-too-familiar decoy in moments of fiscal or administrative crisis. As with the debate between lives and livelihoods, the choice of stronger federating units on the one hand and enhanced governance and disaster preparedness on the other is not only a forced one, but also a false one. The health of any participatory democracy hinges on the broadest possible distribution of power and, in Pakistan’s case, employing constitutional forums to resolve inter-provincial disagreements, including on the allocation of resources. If the consensual passage of the 18th Amendment in 2010 marked a watershed in the structural reform of the Pakistani state, it did so because it recognized that efforts to manage democratic sustainability, diversity and political grievance depended on crossing party lines to re-envision the relationship between the Centre and the provinces and improve governance standards.

A decade on, while we rightly can and should debate the imperfections of the 18th Amendment, we cannot deny the validation of that vision in a system where power is all too frequently centralized or usurped only to be exercised by fiat. Despite being resource-poor, with fiscal constraints and an inadequate public healthcare system, the response to the pandemic has shown that barring a few (major) missteps, federalism in Pakistan, has largely worked. While the Center was slow to spearhead a whole-of-country response to the pandemic, decision-making autonomy allowed provincial governments, led by Sindh, to innovate in the face of the virus. Provincial governments were able to announce significant re-allocations of their existing budgets towards emergency response. This saved lives (how many, we may never know) and meant that early disagreements on the scale of the problem were not a kill switch for provinces to implement their own formulas for social distancing, mass testing and quarantining. It also meant that provincial leaders could provide templates for each other to emulate, eventually throwing down the gauntlet for the Centre.

While democracies around the world have varied widely in their ability to cope with the pandemic, the one takeaway that stands out across the world is that local governments are better placed to understand the needs of affected communities and better equipped to service those needs when backed by revenue streams that do not run dry. This is an important lesson and one that should be benchmarked because once the pandemic ends, both the Center and the provinces must face the reality that greater devolution and fiscal discretion for local governments will be imperative if representation and decision-making are to impact at the country’s grass roots and improve the lives of ordinary Pakistanis. Empowering local governments also serves an expanded redistributive umbrella. Since March, Pakistan has overseen payments to over 600,000 female heads of households under the Ehsaas Emergency Cash (EEC) programme. Eventually 12 million families, a third of Pakistan’s population, are expected to receive relief in the largest emergency cash transfer undertaken in the country’s history. This deepening of the social contract is another opportunity for democratic consolidation. The Ehsaas program is basically a re-branding of the country’s Benazir Income Support Programme (BISP) (the work and legacy of which has lasted three governments) and thus can be seen as a bellwether of policy continuity in a landscape otherwise marked by fragmented policy agendas. For welfare policies to be sustainable during post pandemic reconstruction, they will have to be backed by an expanded tax base and scaled up administrative capacities at the local government level. This will require provinces becoming less centrist too, and evolving governance frameworks beyond patronage-based mechanisms so that people feel they belong in the polity they live in, regardless of partisanship.

The Center’s inability thus far to govern Pakistan effectively during the crisis includes its stonewalling of the provinces and of consensus-building. This is a failure of leadership and should not be confused with a failure of federalism. While we contend with the growing medical and subsistence crisis unfolding on our doorstep, it is clear that the pandemic’s second-order effects vis-à-vis demands for accountability, legitimacy and effective governance will definitively shape the format of the country’s democratic politics in the months to come. With Pakistan’s urban population growing at the fastest rate in decades, and along heterogeneous dimensions, achieving multilevel democratic governance is going to be vital for public trust in the country’s political institutions once the Pandemic is over. Devolution may not be an unalloyed good; but when correctly implemented and supported from the Center, it can dramatically make governance structures more efficient and responsive to local needs. For Pakistanis who have worked hard to build a democracy that is inclusive and representative, recognizing these links will be essential to nurturing long-term democratic gains.