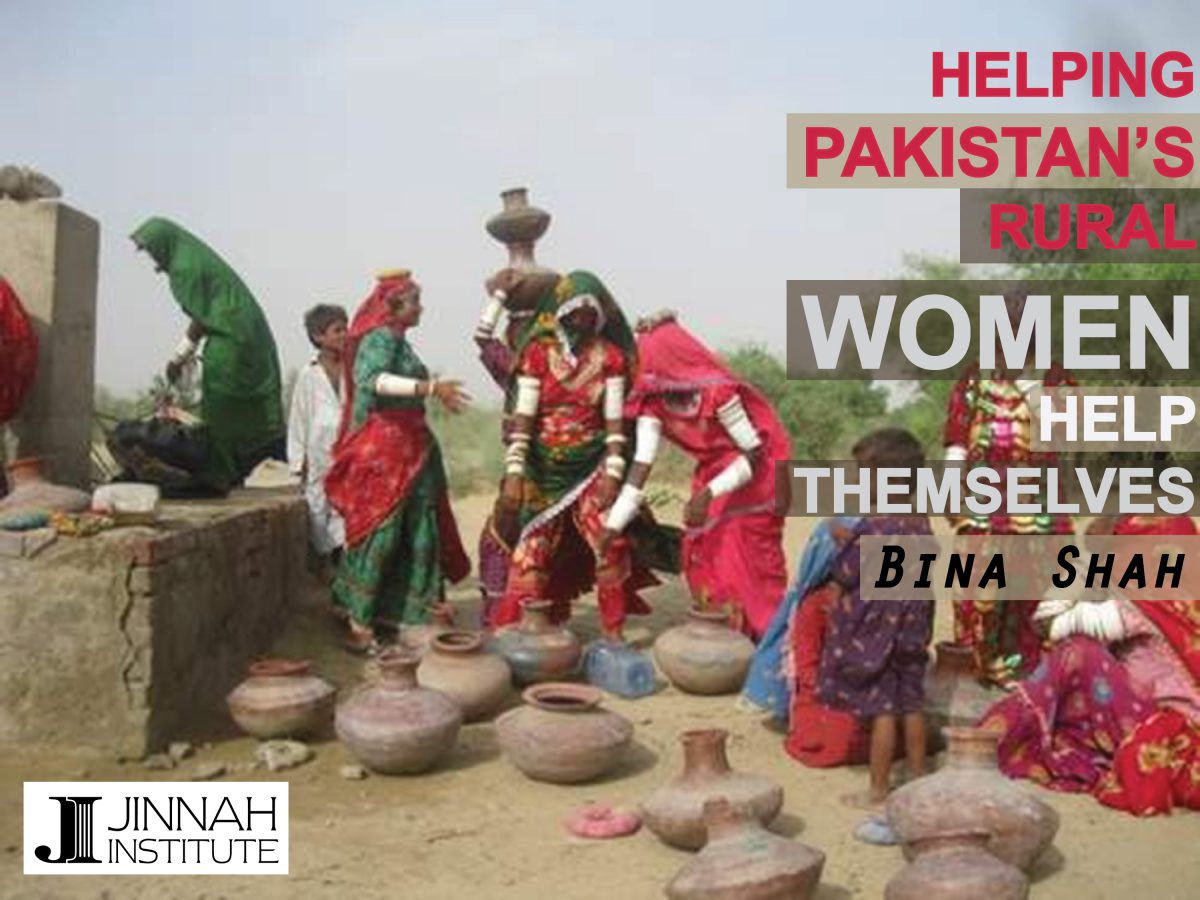 Pakistan’s rural women are slowly enacting change in their lives. Women perform a significant amount of labor in the fields, but that they still struggle to be recognized as equal stakeholders in Pakistan’s agricultural economy.

These women’s work is labor-intensive, and much of it is done manually or with rudimentary farming implements: weeding, picking, harvesting with scythes, gathering and transporting the day’s yield by hand. But while they perform these important tasks, the men of their family are the ones who work out financial arrangements with landlords or overseers: the women are not in control of negotiating their own wages or salaries. This is due to cultural constraints; rural women are not permitted to interact with men who are not family members and because of fears for their security, these women are kept in a position where they perform manual labor outside the home but are still not exposed to the larger world.

In this context, there is a pressing need to ensure physical security of rural women. This can only be done by strengthening and enforcing laws which protect women from sexual assault and other gender-based crimes. Unfortunately rural women tend to be victims of some of the most egregious sexual crimes, with the police and legal system being little to no help in most cases. Political heavyweights, village thugs, and other strongmen are able to use their influence to avoid prosecution due to their connectivity with the outside world. Because of this, the police are reluctant to even register cases on behalf of women victims, whose ability to reach out and appeal to those who are well-placed in the power structure is limited.

Rural women are crying out for reform in this domain. The establishment of women-friendly police stations staffed by women officers, and fast-track courts for crimes against women would greatly improve their ability to access the justice system for redress against crimes committed. Lawyers who are willing to help rural women pursue cases against criminals must be identified; they and other legal activists should run a nation-wide campaign to educate rural women about their legal rights and what recourses are open to them in the case of any instance in which they have to visit a court. Furthermore, the Anti-Women Practices Prohibition Act must be implemented and enforced in rural areas. If serious steps are taken to ensure the safety and security of women, they will be able to step out from the shadow of traditional and cultural restraints to play a more active role in the economy and society.

As mentioned above, women do not control negotiations for their wages or salaries; it is the men in their family who negotiate labor deals with agricultural overseers on the basis of a per-acre or sharecropping agreement. Nor do women get paid on a monthly salary basis because of the above-mentioned cultural restraints on their exposure to the outside world. Economic programs aimed at rural women would get them involved in their own financial negotiations and ensure that they take home their earnings for themselves. Women must be helped to obtain their identification papers — many do not even hold national identity cards — and with them, encouraged to set up their own bank accounts to deposit their wages there. This would give the women a great amount of autonomy and also increase their power and standing in the community, as women with access to funds that can be used in ways of their own choosing. Efforts like this are already underway but the scope for expanding these projects to other provinces is substantial.

It is equally important to encourage rural women to be entrepreneurs, but the entrepreneurship in rural areas has typically been limited to what is defined as ‘women’s work’ – mostly the production of handicrafts. It is far more important for women to become entrepreneurs in the agricultural economy, as 79% of them are working in this sector. Women already look after livestock or poultry in their homes, for example, but this is seen as part of their traditional household duties. Instead, they can be encouraged to create small dairy and poultry businesses, work together in a collective, and benefit from the profits. This can be achieved by giving women access not just to banking systems, but to sources of micro credit and other income-generating programs, as opposed to existing income assistance programs, limited in their long term livelihood impact.

A conference on “Rural Women Development, Peace and Pluralism” was held in October at Lok Virsa, in which 1200 women from 80 districts across the country participated including prominent activists like Veeru Kohli from Sindh and Aqeela Naz from Punjab among others. There were a number of suggestions made at the conference for the uplift of rural women, but the ones that stand out revolve around the organization of women into rural women farmers’ unions. These would form powerful blocs that would leverage their collective voice and influence to advocate for reform on multiple levels – legal, financial, and political. It is important for women to organize in groups and to also create linkages between their groups and other unions for farm workers which are currently dominated by men. This linkage building will breed greater understanding and cooperation between the genders, rather than pit them against one another in a competitive manner.

These women’s groups would then have greater heft in involving women in all aspects of community decision making. They can also endorse and field specific candidates for local body elections at the district, taluka and union council level. These candidates would in-turn run in the elections on women-friendly platforms. Given that there are 1.1 million potential women voters who are not yet registered to vote, these groups and unions could be a powerful force in a mass women voter registration drive. The result would be a healthy and vibrant civil society in the rural areas, taking full part in active democracy and influencing policy and lawmakers, who would be unable to ignore their voice.

The change in women’s morale when they are encouraged to become active members of society, with political, economic, and legal rights, is significant and visible: they gain confidence and independence, but more importantly, their social status increases, and they are treated with more respect by their husbands, families, and communities. Rural women, with their strong connection to their families and clans, exhibit a great sense of responsibility and loyalty to the people and places they call their home. Encouraged, empowered and confident, these women will undoubtedly use their new-found skills and position to further strengthen and build their societies all across Pakistan.