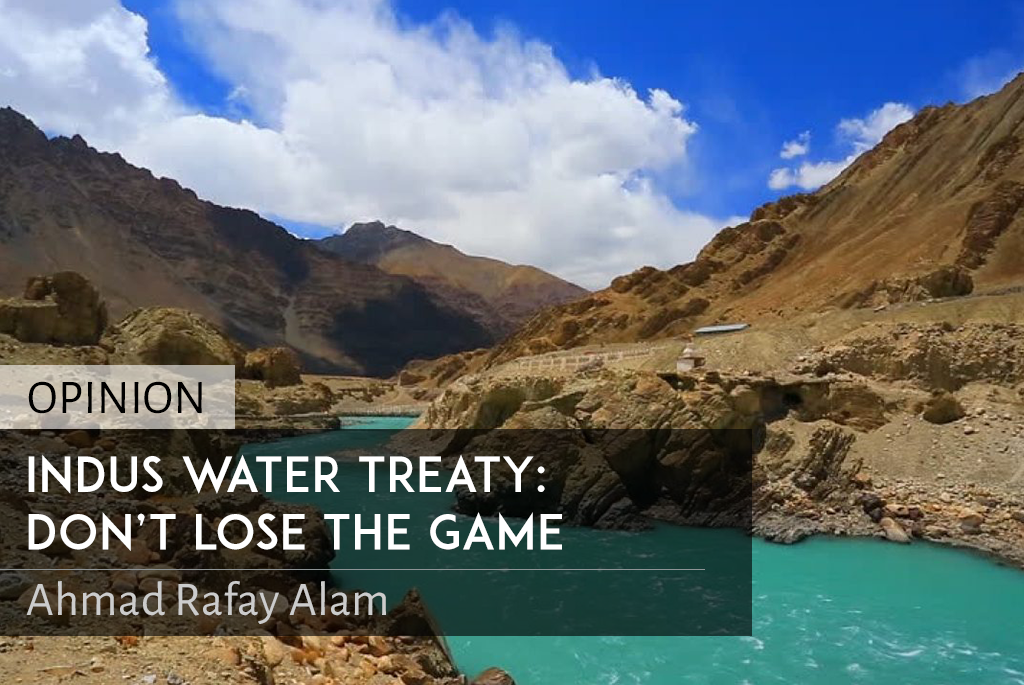 India and Pakistan have reached an impasse over issues of the Kishenganga and Ratle power plants. Their last meeting in the “good offices” of the World Bank last August and September yielded no progress and there has been no movement on the Indus Waters Treaty since.

There are two opposing points of view regarding the forum to resolve concerns regarding the design of the two power plants. Pakistan has moved to establish an international court of arbitration (CoA) while India argues that the matters must be heard by a neutral expert. Reports indicate that India has refused four different options of forums presented by the Bank.

The impasse has persisted since July 2016, when it was discussed at the secretary-level talks. A better understanding has been made difficult by the deterioration in bilateral relations following the Uri attack on September 18, 2016. India had accused Pakistan of masterminding the attack near the Line of Control. A week later, Indian Prime Minister Narendra Modi commented that “blood and water cannot flow together” while cancelling, for several months, scheduled meetings of the Indus Water Commission. Some reports indicated that India was even reconsidering their participation in the treaty.

What is clear is that the treaty is being dragged into the broader Indo-Pak relationship. It is necessary to understand the tactics that are being used against Pakistan and how we can overcome them.

Pakistan faced a setback with the decision of the neutral expert appointed in the Baglihar case in 2007. It had claimed that the Baglihar plant did not conform with the criteria prescribed in the treaty and, more crucially, that gated spillways in the design would allow India to control the flow of River Kishenganga, by way of drawdown flushing, in violation of India’s obligation to “let flow” the waters of the western river. Rejecting Pakistan’s arguments, the neutral expert determined that the conditions of the site, including the hydrology, sediment yield, topography, geology and seismicity, required a gated spillway.

However, in the Kishenganga arbitration case (2013), the ICA observed that the treaty gave no indication that a neutral expert’s determination had precedential value beyond the scope of the particular issue before it. On the other hand, it clarified that its own decisions would be binding with respect to the questions presented before it. In doing so, the ICA restricted the impacts of the Baglihar determination to the facts of the case and averted, in the words of Ijaz Hussain, an “enormous catastrophe” for Pakistan.

In Kishenganga, the CoA was called to determine the “ultimately legal” nature of the drawdown flushing for sediment control. It held that “the issue of drawdown flushing at the [Kishenganga Dam] would in all probability not comply with the flow restrictions of…the treaty” and “identified at least one operative provision that prohibits the depletion of dead storage for drawdown flushing”. By recalling that “flushing is… one of a number of techniques available for sediment control”, the ICA elaborated “that India’s right to generate hydroelectric power on the western rivers can meaningfully be exercised without drawdown flushing extends beyond the specifics of the [Kishenganga Dam] to other, future, run-of-river plants”.

The Kishenganga Award has also clarified that requests for the appointment of a neutral expert cannot not serve to impose procedural hurdles in accessing the CoA. The court held that nothing in the treaty requires questions to be solely decided by a neutral expert first, and that it could also consider such questions.

The Kishenganga Award effectively blocks India from benefitting from the determination in the Baglihar case by restricting all future dam designs. The intransigent Indian position in the current impasse can, therefore, be seen as a desperate attempt to force an adjudication by a neutral expert instead of a CoA, as the forum of the neutral expert is the only place within the treaty where India can possibly expect a favourable outcome on the drawdown flushing design of its future dams.

The impasse must also be seen in light of the deterioration of Indo-Pak relations following the Uri attack in September 2016. India immediately blamed Pakistan for the attack. But it did not respond to Pakistan’s earlier formal request to establish a CoA for the Kishenganga and Ratle disputes until October 2016 when it responded by requesting that a neutral expert be appointed instead.

On November 10, 2016, India criticised the Bank “for its decision to favour Pakistan” in relation to the establishment of the CoA. The Bank has a limited procedural role in relation to the treaty, but was now, nonetheless, caught up in the imbroglio.

A week later at a political rally on the banks of the Ravi, Modi declared that he would not let a drop of the waters of River Ravi to flow into Pakistan. The waters of the Ravi are already allocated to India under the treaty and the elections in Indian Punjab – in which a BJP alliance lagged behind a resurgent Congress Party – were on the horizon. On December 10, the Bank called for a “pause” in the treaty proceedings as “both processes initiated by the respective countries create[d] a risk of contradictory outcomes that could potentially endanger the treaty”.

On March 8, 2017, the Indian National Investigation Agency found the two accused “Pakistani boys” had accidentally wandered across the borders and were not, in fact, involved in any terrorist activity. During the same week, the Congress Party trounced the BJP alliance in the Punjab election and India announced that it would resume treaty talks with Pakistan.

In this context, it can be seen that the Indian government used the Uri attack as a political distraction to prevent Pakistan from approaching the COA. Its ratcheting up the rhetoric on the treaty by cancelling scheduled talks and calling the Bank biased can also been seen as a failed attempt to rouse political support in the Punjab election. Pakistan must resist the forces attempting to draw the treaty – a technical document best left untouched by politicians – into the broader Indo-Pak relationship.

The country must see through the ruse of India’s insistence that only a neutral expert should be appointed for the Kishenganga and Ratle disputes. Its stance that the disputes should be adjudicated by the ICA rests on firm legal foundations. Drawdown flushing is against the terms of the treaty.

Pakistan must not be distracted from its negotiation position through India’s political strategy or the Bank’s response to it. The Bank already has considerable investments – and influence – in the country, which should not be allowed to influence our position. By keeping the Bank’s role limited to its procedural mandate, Pakistan can reduce the risk of the international body employing its influence to determine the course or outcome of future treaty negotiations.

This article is an abridged version of a policy brief written for the Jinnah Institute and appeared in The News on 25/01/2018.