Kashmir on the Front Lines 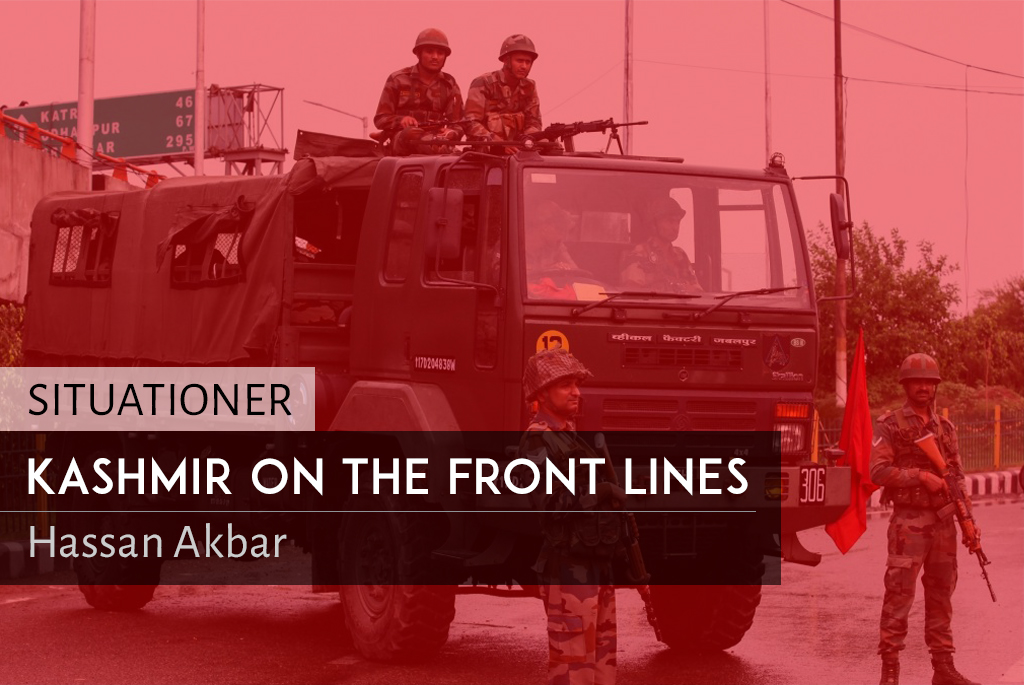 What Has India Done?

Article 370 has governed the accession and relationship of the princely state of Jammu and Kashmir with India under the Indian Constitution. As originally envisaged, Article 370 formed the basis of Kashmir’s special and autonomous status. According to pro-India political leaders Farooq Abdullah, Mehbooba Mufti and others, revoking Article 370 will mean a break in the relationship between the State and India.

Importantly, the current Presidential order replaces the Legislative Assembly in Article 370 with Governor of Jammu and Kashmir thereby using the Governor’s consent as consent of the State. This may be challenged in an Indian Court of Law in the coming days.

It is important to note that Pakistan has never recognised the Instrument of Accession and therefore Article 370 as a legal basis for India’s claims on the State of Jammu and Kashmir, arguing that the Maharajah Hari Singh has earlier signed a Stand-by Agreement with Pakistan and that India’s forcible occupation was against the wishes of the Muslim majority populace of the State.

The BJP has long advocated repeal of Article 370 and 35A of the constitution as part of its election manifesto. According to the BJP this will pave the way for 1) full integration of Jammu and Kashmir in India and 2) removal of the state subject rule, allowing non-Kashmiris to move to Kashmir and gain residence and voting rights. This will dilute the Muslim majority of the only Indian state with a Muslim majority. The second electoral victory of Narendra Modi has provided the necessary votes to the BJP to go ahead with such a move without taking into account the views and opinion of the State Legislature of Jammu and Kashmir which has been abrogated for over a year now.

What are the Constitutional Challenges?

Pro-India Kashmiri and opposition leadership will likely challenge the latest moves in the Supreme Court as being against the spirit of the constitution. These challenges will likely revolve around the method of abrogating Article 370 with the consent of the governor and without the consent of a legislative assembly. In 2018, the Supreme Court of India had said that Article 370 had acquired ‘permanent status’ through years of existence making its abrogation impossible. In July this year, the Supreme Court of India had once again said that it would hear public interest litigation against Article 370. The matter remains seized before the court.

Kashmir is in lockdown. For the past week, India’s Home Minister has overseen the largest ever crackdown, exodus and information blackout in Kashmir. From the end of July nearly 35,000 extra paramilitary forces have been flown into Kashmir on an emergency basis via special flights by the Indian Air Force. By some accounts in Indian newspapers, the actual figure of new troops in Kashmir exceeds the official figure of 35,000 and reaches upwards of a 100,000 troops.

In a series of notifications and advisories, the Indian government has asked all non-state Indians and foreigners to leave the state on an emergency basis. The Amarnath yatra and the Machail yatra have both been cancelled, an event that has not taken place in Kashmir over the past few decades. Students from National Institute of Technology, laborers and tourists have been flown out on special flights and trains.

All the while, Kashmiris have been kept in the dark. Initial responses from India’s government had been to blame terror threats for the mass evacuations but as events have unfolded over the last two days, that seems to have been false stories planted to divert attention from the BJPs decision to unilaterally change the status of Kashmir.

By the weekend, Kashmiris had started stocking up on essentials as roadblocks and heavy troop deployments forebode a major decision by New Delhi. By Sunday night, Internet, cellphones, landlines and cable TV were all closed down and a curfew imposed across Jammu and Kashmir. By Monday, state authorities across India were given advisories to stay on high alert against communal rioting.

For its part, Kashmir’s Hurriyat leadership has consistently rejected India’s occupation of Kashmir, calling for their right to self-determination under UN resolutions. But several pro-Indian politicians in the valley have taken part in elections and governed the state. However, the vast majority of these politicians have publicly said that repeal of Article 370 will mean that the contract between India and Kashmir will be broken. Kashmiris are also concerned that the repeal of Article 35A by extension of Article 370 is an attempt by the BJP government to change the demographic reality of Kashmir, which is the only Muslim majority state in India today. Now Indians will be able to buy property in Kashmir and gain residence status and voting rights, changing the electoral reality of the Muslim majority region.

In her initial response to the decision, Mehbooba Mufti has said that India now constitutes as an occupation force in Kashmir and that the decision will be resisted by Kashmiris across the political spectrum.

The likelihood of violence and protests breaking out inside Kashmir remain very high. Similarly, tensions along the Line of Control too have been increased over the past few weeks.