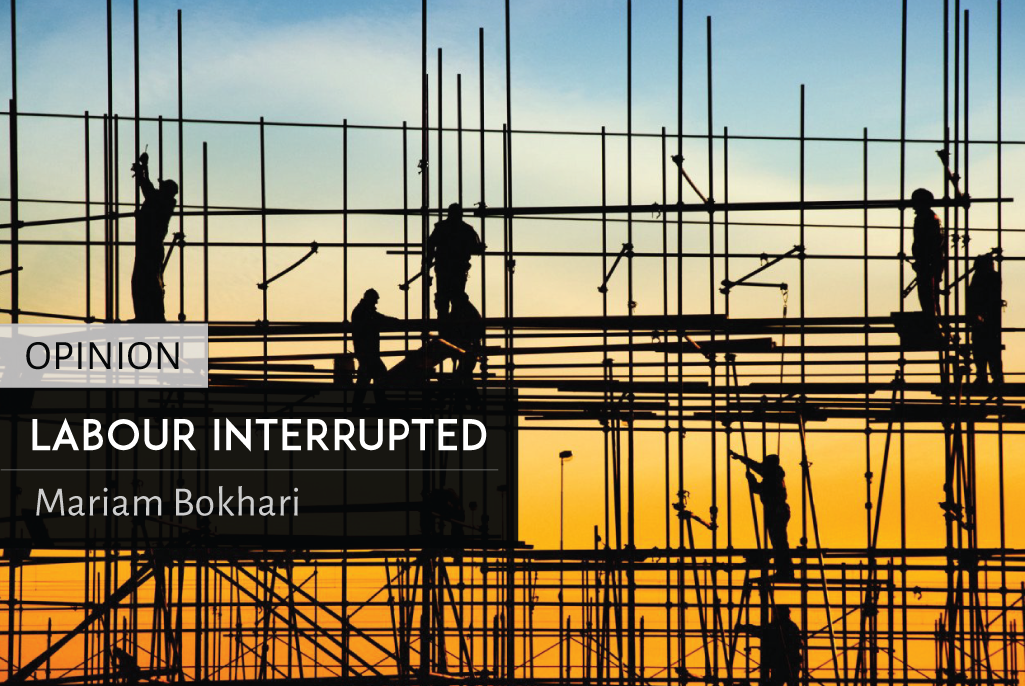 Perhaps no one has featured as prominently in the Prime Ministers frequent addresses to the nation since March as daily wagers. The precarious condition daily wagers find themselves in has been used to justify the ‘smart’ downgrades of an already lax lockdown. There is no doubt that daily wagers and labourers are among the worst impacted by the pandemic, and estimates suggest that Pakistan will experience layoffs somewhere between 12.3 million to 18.5 million, disproportionately affecting those toiling in the informal sector whose interrupted wages mean reduced disposable income for food and healthcare. With little to no social capital and negligible bargaining power against private employers – mass layoffs have occurred in well-known incidents – these workers have no contractual security let alone health coverage. The Prime Minister appealed to private organizations not to retrench employees during this period, as the lives of workers and their dependants hang in the balance, threatened by the virus and destitution in equal measure.

Both federal and provincial governments have launched interventions to safeguard labourers and daily wagers from the economic crisis, most notably through the Ehsaas program. At the federal level this is accompanied by earmarking Rs. 200 billion for daily wagers, whose mechanism of disbursement is yet to be finalised. Assuming that each person is disbursed the minimum daily wage, this measure is expected to benefit around 14 million workers. At a provincial level, the Sindh government issued a notification at the end of March asking businesses to ensure they would not lay off workers and pay them their wages throughout the lockdown. Labour complaint centres have also been set up to receive grievances from workers who are laid off or not paid their wages. A concerted plan to protect workers is yet to come from other provinces; Khyber Pakhtunkhwa’s forest department announced it will engage unemployed daily wagers in the province’s flagship tree plantation campaign.

It’s worth taking a good look at long-standing recommendations by workers’ bodies to establish an open-registration process for workers employed in the informal sector, estimated to be at least 72% of the total workforce, so they can be identified and covered under relief schemes introduced for workers specifically. As many as 35 million new applicants have been rejected under the Ehsaas program for not meeting the criteria for social protection. Setting up a registry for the informal sector will help triangulate applications for Ehsaas, and provide much needed cover to socially marginalised groups, including women who form the majority of informal workers, transgender persons or religious minorities who face discrimination even in receiving food rations. Governments must also consider setting up an unemployment fund for workers hired by small businesses that are unable to sustain themselves through the lockdown and cannot pay wages for a prolonged period. Such workers could receive cash transfers equal to the minimum wage, funded by labour welfare institutions such as the Workers Welfare Fund and Employees Old-Age Benefits Institution.

As with all crises, women bear the heaviest burdens through unrecognized and unremunerated labour. The ‘triple burden’ of domestic work, income-generating responsibilities and community roles come into sharp relief as women make do with meagre resources, but confront increasing levels of domestic violence and abuse as has been widely reported through the pandemic. 36 percent of the entire working population or 41 million women workers between ages of 15-64 years are not counted in the economy, and typically have little agency or decision making power, especially in rural environments where women make up 60 percent of unpaid labour. In crises like the pandemic, women give up their share of food and water for consumption and become vulnerable to a host of health and nutrition related issues. 78 percent women workers are engaged in informal labour in Pakistan, and earn far less on average than men. While male labour may still make a return to work after the pandemic, many women will not be able to find employment as seen in crises across the world. Unpaid women workers from urban areas generate an economic contribution of 25.4 billion rupees which goes unrecognized, and paid female workers do not have collective bargaining forums, nor does any province provide a wage regulation mechanism. Harassment at workplaces, threats to sexual violence, lack of secure transport and gross differentials in pay at workplaces have been identified repeatedly. If all workers are to be protected from the impact of the pandemic, women specific interventions must be undertaken by provinces to safeguard female workers in the informal economy. Sindh’s Women Agricultural Women Bill, 2019 to protect women agriculture workers can be replicated by other provinces and for other sectors.

It’s also an opportune time to consider the broader context of working conditions in Pakistan, which ranks as one of the worst countries for workers on the Global Rights Index. As many as 67 doctors were beaten and arrested in Quetta in early April for protesting the lack of protective gear during the coronavirus pandemic. Nurses protested in Karachi this week for having to work in potentially fatal environments with no back up support. They have been baton charged in previous protests for demanding better pay and health allowance. As frontline ‘defenders’ fighting the pandemic, they have received more gratitude than the equipment they badly need. International labour rights organizations are calling for COVID-19 to be classified as an occupational disease and for health and safety to be given the status of a fundamental right at the International Labour Organisation (ILO).

While labour trends in public discourse, it’s worth starting a national review of the federal legal frameworks and provincial policies for labour. All provinces except Balochistan have introduced labour policies; but they differ in content and implementation capacity. The Federal Ministry of Law and Justice Division can assist the drafting and scrutiny of labour frameworks, and help reflect the State’s international commitments – no less than 36 ILO Conventions have been ratified by Pakistan. It has been recommended that provincial governments also put in place a tripartite consultation mechanism, ensuring that government representatives, employers, and workers co-create relief mechanisms for labour during the pandemic, and reduce vulnerability in the long term as well. Long term challenges include poor employment security; increasing wage inequality with differentials across sex, ethnicity, minority status; unsafe work conditions; no recourse to collective bargaining; ineffective labour inspection system; and rampant violations of labour laws.

Pakistan’s policymakers have decided to open up a select number of sectors in a bid to assist livelihoods on ground as well as to revive economic activity in ‘low-risk’ industries. Simultaneously, the pandemic is mounting a high death toll across major cities. Today, on Labour Day, as workers take their positions across offices, factories, warehouses, kitchens and kilns, many will make a stark choice between disease and destitution. It falls to the rest of us to alleviate the conditions that compel this choice, and make it worthwhile.