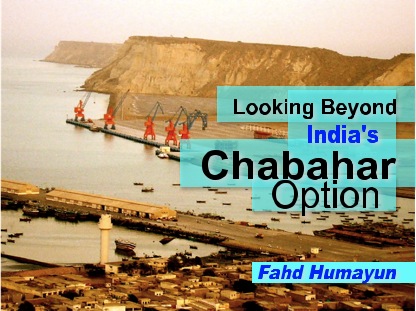 The ‘Bali Package’ unveiled at the 9th WTO Ministerial Conference in Indonesia this December backed new mechanisms for lowering global trade barriers, including an agreement between members (yet to be ratified by individual countries or become WTO law) to remove existing hurdles to transit trade.

Bali’s fruits, however, will take several seasons to ripen in the fraught context of India-Pakistan relations. Given the historical overhang of political distrust and security concerns, transit rights in South Asia are an exclusive premium. For the Pakistani policy establishment allowing India land access to Afghanistan remains a no-go area, partly because India continues to restrict the movement of Pakistani people and goods across its border.

At present, the Afghanistan-Pakistan Trade and Transit Agreement 2010 allows Afghan goods to reach India via Pakistan, but denies this facility to Indian goods trying to reach Afghanistan. India instead has to rely on Karachi, from where its goods are loaded onto Pakistani trucks before they roll towards either Torkham or Chaman.

But the Indian government has, of late, been working frantically on an attractive Iranian alternative that circumvents Pakistan altogether – the Chabahar seaport. India’s construction of the 220 km-long Zaranj-Delaram Highway, together with the impending Afghan-Iran-India transit trade agreement, may well catalyse Chabahar’s development into a maritime springboard, poised to deliver dividends to Delhi’s market-hungry economy. Crucially, should Iran ever decide to choke the Strait of Hormuz to international shipping, Chabahar will remain unaffected.

However, moves to fast track work on Chabahar have also triggered worries about how this Persian gateway, combined with the drawdown of US forces in Afghanistan, will play into Pakistan’s strategic calculus. When considered in tandem with the Farkhor Air Base on the Afghan-Tajikistan border – India’s only extra-territorial military base in the world – the perception that Chabahar could in time serve to function as the second prong of a western-flank pincer has made growing Indian involvement in Afghanistan a tough-sell in Pakistan.

But geography and economics are likely to keep land access to Afghanistan – through Pakistan – on the radar of peace envoys and backchannel diplomats. The 600 km hop from Wagah to Torkham – a seven-hour drive for cargo trucks – is significantly less cumbersome than the 900 nautical miles that freight vessels sailing from Mumbai will have to cover before reaching Chabahar. (This does not include the 900 km that will then have to be covered by trucks or trains to reach Afghanistan from the Iranian coastline).

Commenting on the possibility of surface trade between Afghanistan and India, however, one Pakistani Foreign Office official explained why granting India transit access was not possible at present: “Firstly, the requisite infrastructure isn’t in place at Wagah, but even if it was, there are security concerns in allowing Indian cargo access to Afghanistan.”

This however is not the only hindrance. Violence in Afghanistan is a spoiler that harbours the potential to thwart regional connectivity, be it through Pakistan or elsewhere. Of particular concern for Indian investors will be ungoverned spaces in eastern and southern Afghanistan, as well as Chabahar’s proximity to the volatile Sistan-Balochistan border – home to a Baloch insurgency that has targeted Chinese engineers working in Gwadar. And with the region in a state of flux, the rollback of American foreign policy in Afghanistan is likely to arm Moscow and Beijing with the requisite strategic impetus to cash in on the Delaram Highway as well.

A former ambassador to New Delhi observed, “Chabahar is, of course, India’s fallback option and a far more expensive route to Central Asian markets. But if the strategic malaise in India vis-à-vis peace with Pakistan can be overcome, and the business of surface trade be sorted out and an agreement reached, the next logical step would be transit trade through Wagah.”

Pakistan’s stakes in Afghanistan’s stability makes accommodation with India essential. And while the alternative to Chabahar – a land corridor bridging Afghanistan and India via Lahore and Peshawar – may be an ambitious ask for now, it is not an unrealistic one. Evolving geopolitical realities and greater human development needs in the region make South Asian connectivity and healthier economic competition, rather than strategic contest, a palpable aspiration.

The writer is a project manager for Jinnah Institute’s Strategic Security Initiative. Twitter: @fahdhumayun. A version of this was published in Dawn on February 13, 2014.