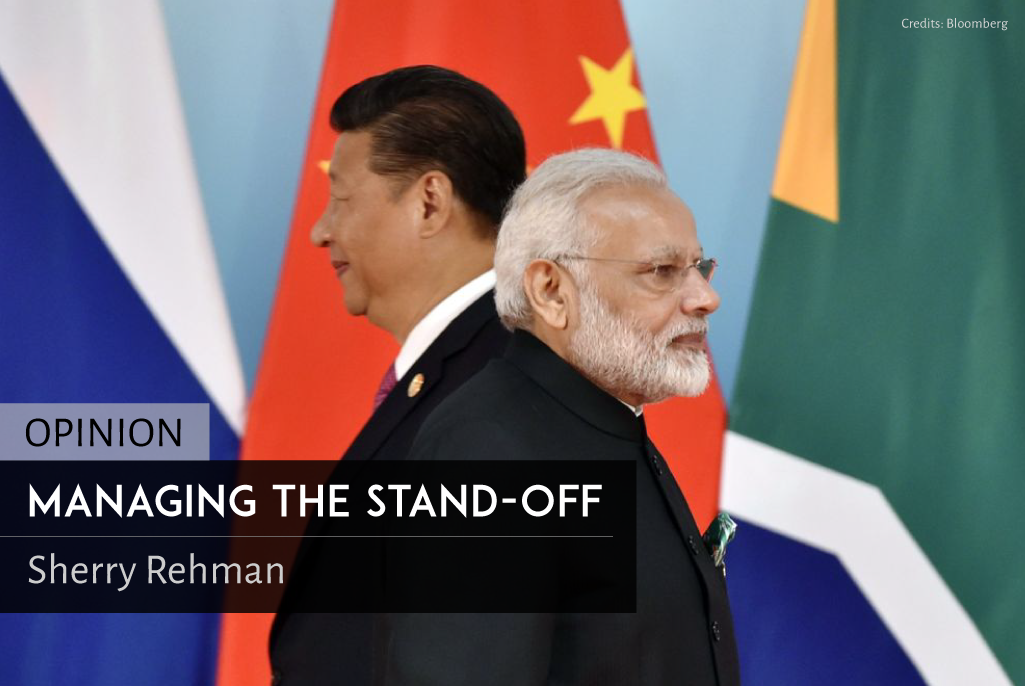 News of a border stand-off between two restive nuclear neighbours is always worrying. Yet when US President Donald Trump’s offer of mediation between India and China met with a studied chill from both sides, Himalayan snow was not the only signal of a sharp cooling in the air.

Given that potential for escalation is high, especially between border posts where local commanders report spiraling tensions amid physical clashes, it would not be reckless to assume that competing boundary claims between two Asian rivals could flair into a dangerous spiral if not managed.

The crisis is serious, but not out of control. In all public communications Beijing has signaled quite restraint, while New Delhi seems clearly to be caught unawares, both strategically and politically. Chinese FM Wang Yi stated that “China will never pick a fight”, but at the same time said that China “will push back against deliberate insults”, referencing the broader battle of allegations arising from the US over Covid-19.

New Delhi’s initial silence, accompanied by rapid troop deployments, suggests it is hunkering down to assess how far it has already gone in provoking Beijing, and the limits to its options. While the usual elaborate architecture for border management between the two countries can be repaired, as it was after the Doklam clash in 2017, India may have to face a changed reckoning from China as it responds both regionally and tactically to growing Indian expressions of unilateralism.

The facts on the ground are both fluid and hazy. Summer patrolling in the Himalayas always intensifies border activity and chances of misperceptions, but the troop build-up from both sides suggests changing area-dynamics. A big part of this crisis is India’s unilateral declaration of Ladakh as Union territory, in October 2019. From that point, India’s border infrastructure activity has escalated to aggressive posturing. Although competing claims are not unusual in the Ladakh region from both sides, the scaling up of troop activity and injuries reported from two clashes in separate areas along the 3,400 km Line of Actual Control between India and China are certainly unusual.

Satellite imagery suggests heavy movement on both sides, with bunkers trenching in for what look like holding positions. While the coronavirus pandemic raged in the world, two incidents in early May sparked clashes first in Pangong Lake and then the Galwan River Valley. What allegedly triggered PLA activity on the LAC was Indian construction connecting to a high-altitude airstrip called Daulat Beg Oldi in Ladakh. 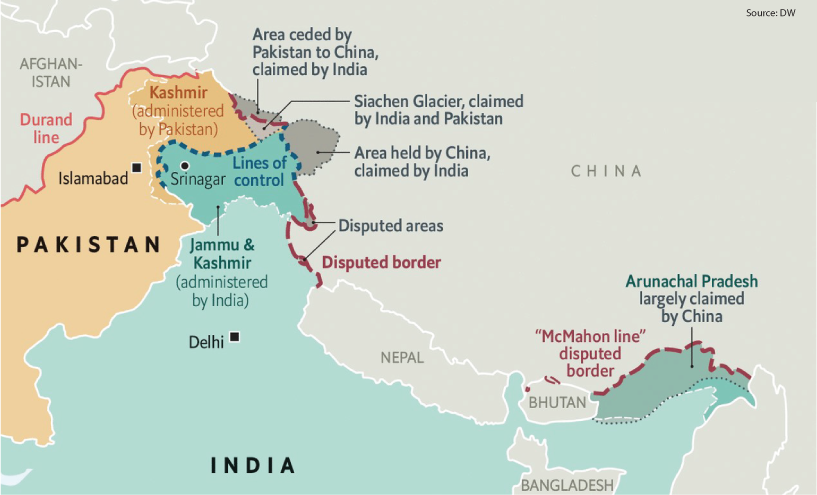 The problem is that the fog of perceptions on this border seems to be growing. The fact is that India and China do not have a well-delineated border. There are three portions to this border, with the middle one being the calmest, and the only one where maps have been exchanged. The construction of roads on a stretch with hotspots that flare-up signalled Indian intentions to seek strategic toe-holds where new forward operating positions can potentially aid cartographic aggression.

Apparently, India’s overt diplomatic search for a “common understanding” of the LAC with China has clearly been shadowed by covert kinetic activity to change border perceptions in contested terrain. As it stands, China claims about 90,000 square kilometres of territory held by India in its northeast, including Arunachal Pradesh, while India contests Chinese occupation of 38,000 kms in the western Himalayas, including parts of Ladakh region.

While some level of face-off is expected in such situations along a long, mountainous border, it has rarely escalated to this point. In fact, no bullet has been fired for over forty years. The 2017 Doklam dispute close to the Bhutan intersection, had led to a 73-day standoff, leading to worry about war between two nuclear powers, but in all clashes both sides managed the situation via diplomatic solutions. At Doklam, though, China made sure to demonstrate what it could do in terms of changed conventional capabilities.

The silence of the Indian government is telling. Very few comments have been made on this by the Indian external affairs ministry, which is quick to make bold statements at every point. In the middle of growing tensions, the Indian army chief quietly visited 14 Corps headquarters in Leh to review the security situation. At the local level, in the space of one week, commanders on both sides have held five meetings, where the PLA was positioning itself in Galwan, on its side of the LAC, now being laid claim to by India.

But on the ground, the Indian army is preparing for a complete strategic defence posture. The sense from the Indian PMO is that military preparedness is on the cards, with quiet buildup of troop billeting. Statements from retired officials indicate posturing that involves political positioning at home “to stare down Beijing” by amassing more troops and military hardware.

By and large, though, the tone and tenor of the Indian media is mild, reconciliatory compared to their discourse and language about Pakistan and actions on the LOC in Kashmir. Behind the posturing is a sense that India has little moral ground to speak from when it has taken over disputed areas in the region, in Kashmir, and Sikkim. The principle of ‘might is right’ could cut both ways in the sensitive geopolitics of the region where strategic rivalries are only growing.

What lies beneath? The 1962 war with China was resolved on the diplomatic table, but more than 20 rounds of talks on border disputes have failed since 1993, when a bilateral attempt was made to turn the LAC into a “border of peace and tranquility”. Since then, while trade between the two countries has shot up, with Beijing running a big surplus, so have suspicions. Whereas Beijing has said nothing specific about Ladakh, China has good reason to doubt Indian motives. Hosting the Tibetan Dalai Lama is not a new provocation to China, but it is an irritant.

After New Delhi printed a revised map of Jammu and Kashmir in November 2019, with Aksai Chin as part of India, Beijing has been watching New Delhi’s activities closely in the Himalayan regions. India’s growing public threats to Azad Kashmir, Gilgit-Baltistan, through which CPEC projects pass, have also fuelled Chinese suspicions. While Pakistan has stayed out of this dispute, India continues to provoke all its smaller neighbours – including Nepal and Bhutan, Bangladesh and Sri Lanka – with different levels of expansionism.

Should the international community worry? For now China and India will likely manage the current impasse through established diplomatic channels. Yet, this is a geographical intersect where three nuclear states are in different levels of conflict over disputed terrain, which cumulatively houses one-third of humanity. At the core of the matter is India’s new high-risk policy of regional expansionism. At the same time, it is clear that a two-front theatre is much more than Modi’s risk-seeking India can handle.

China is at pains to manage differences diplomatically, but this is not 1962. Beijing’s GDP is four times Delhi’s, and its military five times bigger. It has multiple advantages, both in terms of defence capacity as well as ability to exploit India’s political disarray. It is also in no mood to blink first. Doklam should be a reminder of that to New Delhi as it seeks to contain the current crisis. Asia needs its resources focused on fighting pandemics and other challenges. India is no exception.

The author is the PPP parliamentary leader in the Senate, president of the Jinnah Institute, and served as Pakistan’s ambassador to the US and as a federal information minister.