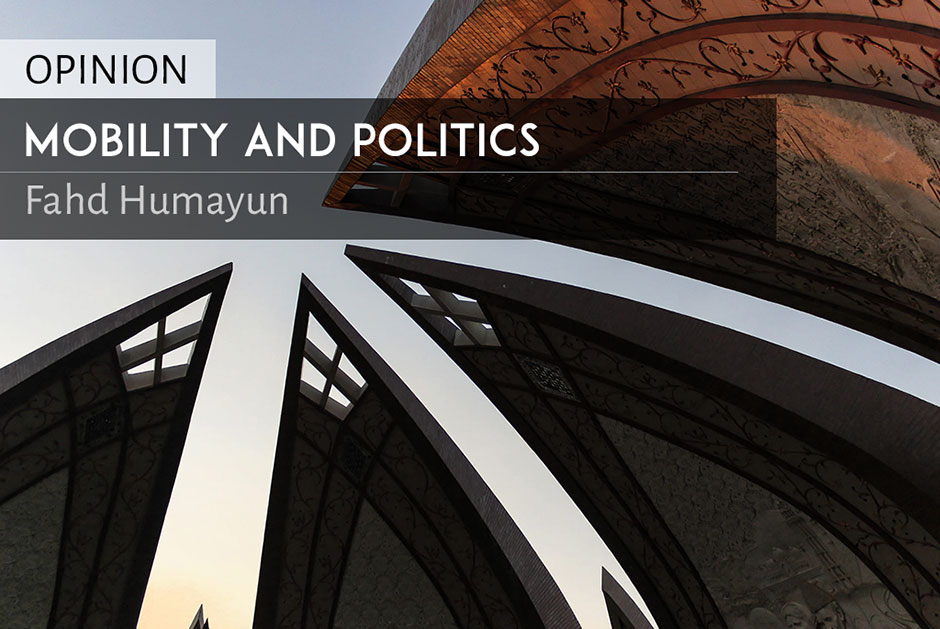 It’s been an uneasy year for democracy in Pakistan. If there is a takeaway, it is that politics at the grassroots level continues to be an unequal game despite the twin pressures of demographic change and democratic growth.

Ours is a legacy of state-led elite capture that has cannibalised processes of grassroots activism, and perpetuated cycles of political reproduction. While many of today’s outstanding parliamentarians rose from this country’s grassroots, its jails and its student politics, the question of who might fill our parliament and indeed lead Pakistan in 2029, 2039 or 2049 prompts the mention of only a handful of candidates.

The 2018 election has shown that the political playing field in many districts has been razed to the point of social and economic uncompetitiveness, still allowing either for ready-made electables who sit atop pyramids of social power, or for the scions of incumbents who have already inherited their political advantages. Erstwhile mechanisms of political mobility, through local government elections, grassroots canvassing and student activism have been hit hard by a domino-chain of inequality, historical immobility and discretionary entitlement.

We should be worried. The cult of the few at the expense of the many does not sit easily with our belated experience of economic modernisation, or with our erratic history of democratic consolidation. The tractability of narratives around anti-corruption, the welfare state, judicial imperialism, and even civilian supremacy are essentially a function of the social and political exclusion that determines who competes for political power, and who emerges victorious from that competition.

Nor does our national dialectic make room for the have-nots of Pakistan’s last two decades of neo-liberalisation, or the demographic change that may be producing invisible political aspirants, without political mobility. For a population that does not need statistics to tell us that we are a young country, this is deeply unsettling. Last year’s study by professors Adil Najam and Faisal Bari found that 30 of 100 young people in Pakistan are unable to read or write; only six have 12 or more years of education; 29 have none. Ninety-four have never seen a library, and 75 have no access to the internet.

These statistics are a sobering indictment of those who believe in a political future that is not perpetually wedded to elite capture. Put differently, if we were once capable of producing leaders and legislators who were neither moneyed nor landed, does the same hold for today? Is the door open for political entrants who are not the product of an Oxford education or a feudalistic state-business nexus? The answer, in short, is no.

Today the median consumer of our noisy political discourse is young, but without the means or the opportunity to be a protagonist in that discourse. The substitution of grassroots politics with socio-political glass ceilings compounds our inability to manage diversity, political grievance, or credibly commit to affirmative action that can offset popular pressures from below.

Indeed, the question of who will run Pakistan in the next ten, twenty, thirty and forty years is circumscribed by our inability to invest in a democracy and citizenry that is inherently participatory, or that extends to more than just five percent of the 30 million families that make up Pakistan today.

As we look to the future, it is worth questioning the inevitability of status-quoist politics that, for the most part, still locks in privilege and political power, or the conceit that Pakistan’s deepening demographic anxiety will be without repercussion. It is also worth asking why we are not producing more progressive agents of change, or why our universities are no longer the purveyors of idealism and political cosmopolitanism they once used to be.

History is an accurate albeit inconvenient guide. If General Zia’s banning of student unions in 1984 was a means of blunting dissent, it also stripped us of the opportunity to cultivate the sort of indigenous youth-led grassroots movements that led to the resignation of president Ayub in 1969. An attempt by Benazir Bhutto to lift the ban in 1988 was overturned by a Supreme Court that then believed that student unions led to violence.

Ironically, the ban only hastened the spread of guns. What followed was an erosion of political education and demographic erudition. In the absence of nurseries capable of crowd-sourcing a new generation of charismatic progressives, we have abdicated responsibility of curating political turnover to religious extremists and political insurgents. If populism is so attractive to many young, urban, technology-possessing Pakistanis, it is because without it there is no real or meaningful political umbrella.

Rebuilding pathways to power requires imagining a new social charter that can both widen and tutor the pool of potential political entrants that we as a state can choose from in the next two decades. If power continues to be genetically transmitted, or doled out as political or establishment handouts, its legitimacy will only become more precarious and fragile as the public demographic trends towards new voters.

While the PTI may pretend to represent a new dawn, the fact is that its ranks are over-represented by the very faces responsible for hollowing the country of merit and equitable opportunity. It may have the right solutions, ie building up the credibility of the police and our courts, revising tax targets, and creating an economy that produces employment, but it also needs to vigorously think about what the next twenty years of politics in Pakistan will look like. Politics that feeds off rent-seeking opportunism and client-patron traps does little to disrupt the scepticism surrounding future leadership, or the sanctimoniousness of our existing political classes.

We also need to think long and hard about stemming the rapid decline of public-sector universities and schools, and lifting the Zia-era ban on student unions to coach the next generation of Pakistani leaders in progressivism, activism, leadership and the merits of dissent. It’s incredibly important that we do so because democracies that are monopolies for political princes and demagogues are as unstable as they are unsustainable.