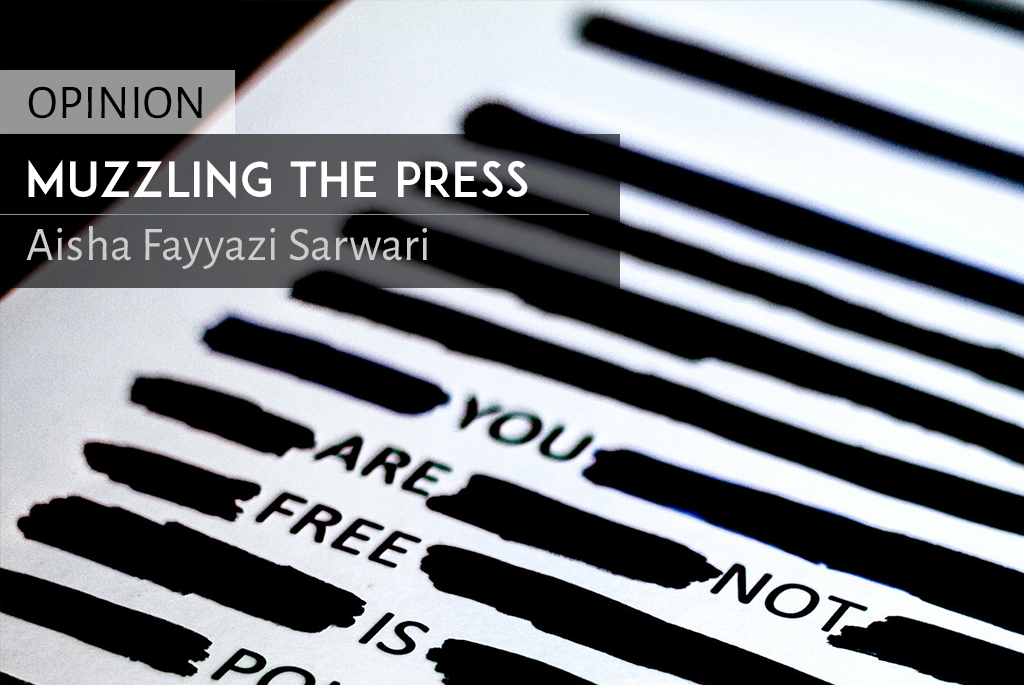 Pakistan, as a democracy – albeit a faltering stumbling, tossing one – should allow the airing of public opinion. In fact it ought to do more than just allow it. Democracies only work when no branch of the state is immune to public criticism.

While Pakistan’s constitution neither sanctions media censorship nor restricts independent press and media groups from operating in the country, it remains one of the worst countries to be a journalist in according to the Committee to Protect Journalists and the World Press Freedom Index 2018. According to the latest Press Freedom report which ranks Pakistan at 136, press remains ‘a favorite target’ for competing political, social and state groups.

As it stumbles in its relationship with progressive values and freedom of speech, Pakistan increasingly finds itself in the proverbial manhole. Even the judiciary, sworn to uphold the constitution and a guarantor of free speech worldwide, has decreed prior restraint by instructing PEMRA – the lead media regulatory authority – to ensure pre-publication or pre-airing censorship is imposed on particular instances of expression.

This broad application of prior restraint, instituted from a need to protect judicial legitimacy, is inadvertently extinguishing criticism in society. This manifests itself in print, electronic and social media. The precedence is jarring. In 2012, the courts outright banned the video sharing website, YouTube, across Pakistan and once the website was banned, the courts upheld the ban for years.

The imbalance in the constitution too doesn’t help. While the constitution upholds the right to free speech, it limits this right by placing ‘reasonable restrictions in the interests of the sovereignty and integrity of Pakistan or public order or morality,’ an often ill-defined and broad categorization open to interpretation.

The fact that contempt too remains vague doesn’t help. While outright abuse and takedowns against the judiciary covered by a media channel may enter the realm of contempt, the coverage of a grievance by someone against a court ruling would be protected under the freedom of speech clause.

Take the example of Maryam and Nawaz Sharif. They are said to have offended the courts when complaining about the judgment in their much-famed anti-corruption case. In response, the Supreme Court, instead of trying the father-daughter duo for contempt, has slammed the media regulating body – PEMRA – and asked it to instruct electronic channels to not run any “anti-judiciary” comments.[1] This is deflection at best.

More than a few aspects of the current anti-media ecosystem are problematic. Given the lag and time delay mechanism when going live on television, entry level media technicians hold the power to adjudicate on what should or should not be aired – essentially determining what commentary the fifth pillar of state can or cannot make – a right governed under Article 19 of the constitution guaranteeing free speech.

Journalism of the Edward R Murrow kind believes in comforting the disturbed and disturbing the comfortable. Media is a place for muckraking, for whistleblowing, for accountability and above all a place where you are free to know what happens in the corridors of power and form an opinion on it. Independently. Impartially. Without duress. Without the state’s diktat.

No matter how many manholes we dwell in and for how long we marinate in its contents, the country usually crawls out into the light of truth telling.

This crawling out happens when more than a few brave souls enunciate freely into a mic. The media broadcasting corporations need to push back against the ecosystem of censorship because silence doesn’t hurt just one media house or one political party – it eventually hurts everyone.

Judiciary-media relations shouldn’t be governed by mistrust and overreach. When faced with state-corporate-political nexus of power brokers trying to keep news out of press – the first line of defense for a free media is the court. The media is an extension arm of the judiciary too as it acts by warning it of the dangers of transcending its mandate.

Media self-censorship too is an equally grave threat to political speech. Editors also tend to choose based on their biases, fears and lobbies who to let through and who to mute. This is particularly disconcerting as we enter election season.

We are a country marred by far too many holy cows. A free media is pivotal in ensuring that no single power center reins supreme in Pakistan.