Our Brand is Crisis 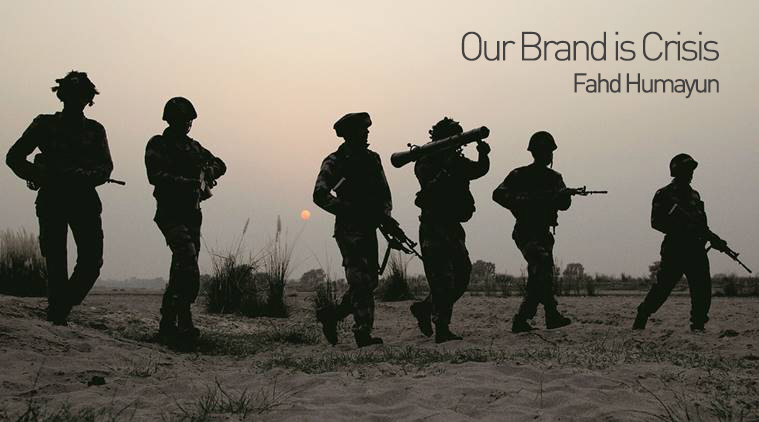 At the height of the Cuban Missile Crisis, the chances of escalation to war were assessed to be ‘between 1 in 3 and even’. A decade and a half since India and Pakistan resorted to full-blown military mobilization, the firestorm at the heart of South Asia’s latest standoff has done little to lengthen those odds for the region’s two nuclear-armed neighbours.

Two facts have become apparent from the latest spate of hostilities. The first is that hyper-nationalist attempts by India to strong-arm a confession out of Pakistan and exact punitive damages for the attack on Uri, vis-à-vis holding the Indus Waters Treaty to ransom and threats of cross-border incursion, have boxed New Delhi into a politically combative corner. Put differently, in the context of India’s approach to engagement with Pakistan, climb-down is likely to be either infeasible or costly. Second, a dearth of crisis management mechanisms has made the climb up the Indo-Pak escalatory ladder shorter and the window for de-escalation smaller. This has afforded actors, notably the Indian media, license to traffic in unhelpful hyperbole.

Retrospectively, both features of the crisis have frustrated efforts to defuse tensions. Policymakers from the two countries have yet to sit down and simulate state responses or map out contingencies in the face of a crisis that might lead to war. Until they do, strategic stability will remain tethered to outdated nodes for de-escalation. The Bangkok Mechanism, instituted back in November, has been both late and largely ineffectual in troubleshooting bilateral interruptions since Pathankot. In contrast to the aftermath of Pathankot, which saw a tip-off by General Janjua to Ajit Doval that led to the neutralization of suspected terrorists in the state of Gujrat, communication between the two National Security advisors was conspicuously absent from the foreground as Uri unfolded. Instead, Ajit Doval’s role in engineering this year’s human rights emergency in Kashmir, on the heels of Independence Day rabble-rousing by Prime Minister Modi, suggest that peace with Islamabad is firmly off the Indian security establishment’s radar.

It is also clear that, in the absence of a dedicated backchannel, military CBMs and DGMO contact can only carry the burden of crisis management so far: field command contact 24-hours into the events at Uri failed to contain the escalatory climb. Pakistan, for its part, should be commended for demonstrating calm in the face of an India media whose schizophrenic appetite for chest-thump and disinformation can easily take credit for precipitating the climb to brinkmanship. But it takes two to escalate, and New Delhi should know that nothing is likely to eviscerate the hard-won multi-party consensus in Islamabad for dialogue with its neighbour more than unrestrained cross-border mudslinging. In the weeks after Uri, the hostile overtones of Indian messaging and subsequent claims of surgical strikes into Pakistani territory will only impede attempts to transparently investigate events on the LoC, and drown out voices trying to sue for peace.

Nor can either side take for granted the prohibitive costs of nuclear war as a means to offset the obvious shortcomings of bounded rationality. Mobilisation, the economic and human costs of which are not insignificant, continues to be driven by cross-LoC signaling. Given the low probability that the LoC will remain eruption-free in the coming days, India’s trigger-happy response to flare-ups doesn’t help. It is also worth remembering that it was a confluence of third-party mediation and a lack of viable military options available to India that made defusing the 2001 bilateral crisis possible.

Today neither holds true. New Delhi has an array of pressure points to choose from to turn the heat on Islamabad. Bilateral browbeating has taken many forms over the past few weeks, most recently in the form of a churlish threat by India’s EAM to unilaterally abrogate the 55-year-old Indus Waters Treaty. More critical is the cumulative build-up in the evidence trail linking India to unrest in Balochistan, including an offer of asylum to Brahamdagh Bugti, suggesting that New Delhi has found multiple strategic gaps that it can look to sub-conventionally exploit even as Pakistan navigates difficult bends and turns in a war on terror at home.

The aftermath of Uri, together with the possibility of kinetic responses by India, has also muffled the debate on the damning human rights crisis in Kashmir, where New Delhi’s containment of legitimate Kashmiri aspirations has translated into a string of rights violations. The worry in Islamabad is that the attack on Uri will be used to sanction an even more brutal crackdown in the Valley. To those arguing that Pakistan is looking to exploit the situation, Prime Minister Sharif’s measured response to Indian bellicosity at the United Nations General Assembly could be read as a display of tactical restraint, as should Sartaj Aziz’s offer for an international probe into the Uri attack. But whether conventional diplomacy alone can help rollback incendiary escalation, fed by unfettered Indian reactionism, remains to be seen. It took the better part of five months after Pathankot for India’s NIA to admit that the Pakistani state was not complicit in the attack, but hours for Indian politicians and pundits to point fingers even as the attacks on Uri and Baramulla unfolded on television. By both scaling up and reversing the burden of proof on Pakistan, India is only hurting Islamabad’s pitch for bilateral engagement and constraining its ability build on recent investments in counterterror cooperation. India’s on-again off-again policy with Pakistan has simultaneously fostered real anxieties about Indian designs in Balochistan, while preventing any real CBMs from taking off since the BJP swept into power. In this climate of disengagement, it is not difficult to imagine fluctuations from cold peace to hot war as the new normal.

India’s success in derailing the SAARC summit is unfortunate in that it robs both sides of the opportunity for a reset, and unhelpful in that it leaves the bilateral relationship once again facing a cold impasse. Prime Minister Sharif, for his part, used UNGA to offer New Delhi an olive branch to settle old differences. But until India can find a way to dial back on inflammatory warmongering and peddle a more constructive approach towards Pakistan, a substantive shift in political attitudes will be unlikely. This is a shame; given the escalation-prone corner of the world that India and Pakistan occupy, it will take two to buck the trend and rebrand away from crisis.