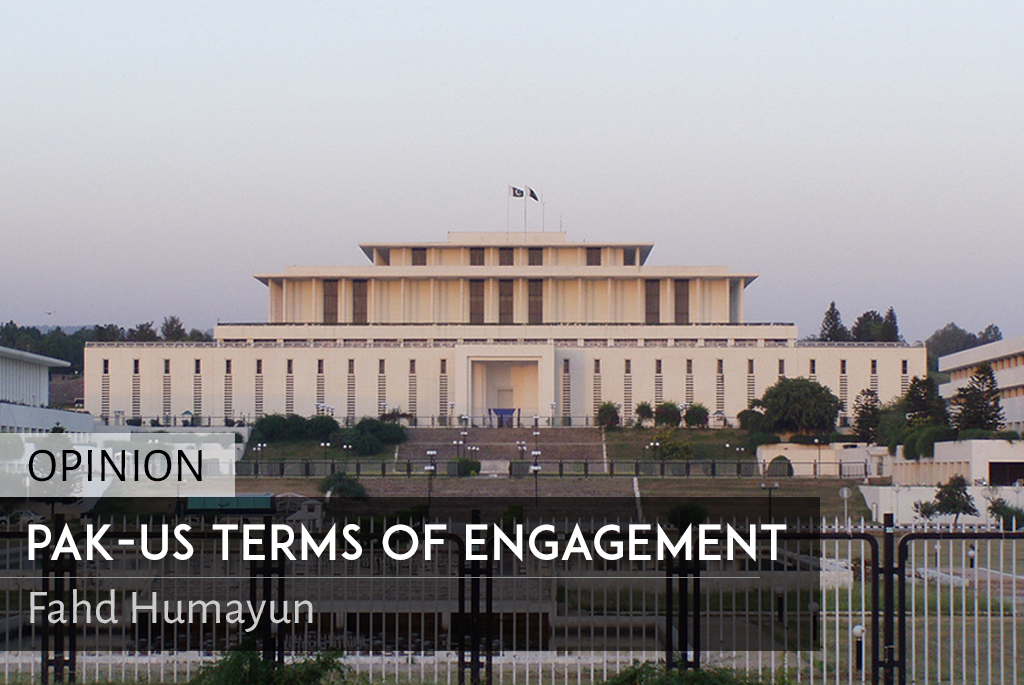 The region is once again in the spotlight.

The only good news is that during the US Secretary of State’s visit to Islamabad, the two sides endorsed cooperation despite the obvious challenges facing the Pak-US relationship. The not-so-good news is that the ‘ice-breaker’ didn’t really do much else. The terms of the reset are still profoundly unclear. The Pentagon’s cancellation of $300 million in security reimbursements owed to Pakistan and the prospect of support for an expected retreat to the IMF went unaddressed. Nor did the Americans hide behind pretext. The four-hour stopover merely underscored Pakistan’s continued hyphenation with Afghanistan. The inclusion of Dunford and Zalmay Khalilzad in the US delegation made this hard line amply clear.

Aside from the absence of a customary joint statement, the visit was also overshadowed by the more substantive discussions that followed in the Indo-US 2+2 in New Delhi, a new focal point for America’s strategic priorities in Asia and the Indo Pacific. The joint statement out of New Delhi predictably black-boxed Pakistan as regional spoiler and terror sponsor, leaving many in Islamabad wondering at the FO’s positive spin on Pak-US interactions a day earlier.

At home, the fatigue of taking the blame for a bilateral expectations-gap is well known. America’s history of playing favorites in the region on the one hand, and policy of expecting Pakistan to repair relationships and engineer endgames on the other, has left successive governments questioning the utility of the relationship, as well as America’s sincerity to reconciliation in Afghanistan.

It’s easy to see why. This week charge of the NATO war effort in Afghanistan passed to the seventeenth US commander tasked with leading the mission since 2001. Losses incurred by Afghan security forces, meanwhile, are no longer publicly reported. Kabul’s control over the country’s districts has declined by 16 percentage points since the Trump administration announced its new South Asia strategy. En masse resignations from President Ghani’s security cabinet in late August have left it threadbare, doing little to inspire confidence in Islamabad where badly-needed counterterrorism, border security, narcotics, refugees, and tribal mainstreaming outcomes are geographically contingent on events west of a fragile border.

Over the next few months, the US will have to balance interpreting Pakistan’s new government with the expectation that Pakistan has the capacity to deliver the Taliban to the negotiating table. The difficulty here stems from America’s own lack of clarity and selective engagement with warring factions, which in turn has disincentivised an organic search for a political settlement. As far as regional initiatives are concerned, America has either ignored or dismissed talks hosted by Beijing or Moscow. And on at least two occasions, it has backpedalled midway through a major reconciliation push.

In the interest of adopting a coherent strategy, the Pentagon also needs to moderate its demand for action against the Haqqanis. Even Western observers now privately admit that the Haqqanis are integral to peace outcomes, and clumsy action against the Network will only reduce the likelihood of ceasefire. With the Network operating out of Afghanistan and cutting across the insurgency, getting reconcilables to the table requires carefully choosing rather than confusing between fight and talk strategies. In the absence of this clarity, the Taliban will only gain further ground and ramp up attacks such as those launched on Ghazni this summer.

With the Pakistani Foreign Minister traveling to New York later this month, there is a chance for both Pakistan and the US to continue to develop the diplomatic conversation that began this week. But for any meaningful headway, two things need to happen.

First, Pakistan urgently needs to see a fresh recommitment from the US that recognises the former’s role as a frontline state. Americans must know the reputational damage caused by the freezing of $2 billion in security assistance, the cancellation of CSF reimbursements, and the suspension of the International Military Education and Training program for Pakistani military officers. The eventual reinstatement of military aid, or a guarantee of access to high-tech weaponry that cannot be supplied by the Chinese or other top defense partners, could mitigate this, as could revising the embargo on the sale and transfer of AH-1Z Viper helicopters critical in providing support to Pakistani ground forces engaged in COIN.

Second, the new government in Islamabad should continue the outreach to Kabul started by previous civilian administrations. Direct, high-level engagement with Kabul and activating an already agreed on bilateral verification mechanism for cross-border militancy is very much in Pakistan’s interest. Greater intelligence-sharing with Kabul will help squeeze suspect targets on either side of the border, afford legitimacy to Pakistan’s border with Afghanistan, and improve trilateral coordination particular in eastern Afghanistan where the presence of TTP and Daesh soldiers is a source of serial national security anxiety for Pakistan. To the US, this would signal Islamabad’s commitment to regional stabilisation, and move the bilateral needle towards trust-based cooperation.

Having said this, the usual caveats apply. Confidence building is unlikely to work if the new government in Islamabad fails to take on board opposition parties and other institutional stakeholders in its search for a new Pak-US policy blueprint; or if its attempts to assert autonomy lead it to view Beijing or Moscow as superpower substitutes. An unknown variable will, of course, be the extent to which a novice PTI government’s pledge of a firmer approach towards America self-calibrates in the face of economic and geostrategic imperatives. Insulating strategy from public ratings and reactionary impulses would be a good place to start. To this end, the Foreign Minister should emphasise the importance of continuity in the Pak-US Strategic Dialogue, and the need for a joint action plan for broad-based engagement when he travels to the US at the end of September.

Islamabad also needs advisors capable of making inroads into Trump’s America and a senior envoy to the United States with a prior understanding of how Washington works. This will help sequence the messages that need to be relayed to America in the short and medium term, both to congressional committees and a media that views Pakistan in zero-sum terms. In turn, this will help prepare the ground for more substantive confidence building at home, where distrust of the US runs deep.

Turning the page on any relationship is difficult but not impossible once both sides get on board.
The bigger challenge is building on that momentum in the long run.