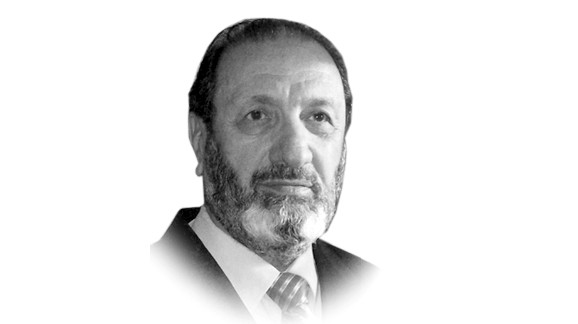 The entire 2012 passed without any positive development taking place relating to Afghanistan, except the very last month, which witnessed some encouraging signs in the shape of two conferences, one in Paris and the other in Bangkok, where Afghanistan and the problems that it faces were discussed. The one that took place in Paris between representatives of the Afghan government and the Taliban was meant to bring the two together to discuss the possibility of finding a solution to the problems in Afghanistan.

Whether the desired results were achieved or not, the holding of the meeting was itself a great achievement, as it was the first time that a meeting of this kind had taken place with all stakeholders on board since the occupation of the country by foreign troops. The very fact of the meeting taking place under one roof with each side listening to the other’s point of view was no less than a miracle. Whether there was any substantive progress or not is beside the point; the fact is that it has set the ball rolling for more such meetings which, hopefully, will follow in the near future to find a resolution of the protracted problems with which Afghanistan has been beset for so long.

The meeting in Bangkok, although not as significant as the Paris one, was important in the sense that representatives of the two key regional powerbrokers (India-Pakistan) discussed the Afghan issue in detail, the role of each other in that country and the future course of action for working together there. It was organised jointly by the Jinnah Institute in Islamabad and the Melbourne-based Australia-India Institute. The aim was that experts from India and Pakistan should exchange views on issues of mutual concern with special focus on the possibility of improvement of relations between them in Afghanistan, trade expansion, confidence-building over nuclear issues and increasing people-to-people contact between the two countries.

Known as the Chaophraya Dialogue the meeting was an initiative of Track II diplomacy for trying to bring the people of the two sides closer to understanding each others’ point of view and to take steps for quick resolution of issues. After detailed discussions both sides agreed on common points in each field which they thought could help bring the people and governments of the two sides closer and pave the way for better working relations between them.

The dialogue provided an excellent opportunity to listen to each other and benefit from the frank and candid discussions on each subject. While they defended forcefully the positions taken by their respective governments at the same time they pinpointed the shortcomings which were bedevilling relations between the two countries. They expressed satisfaction that the resumed dialogue process had contributed positively and hoped that it would continue doing so in the future as well.

Much as I wish I could enumerate all points agreed upon by the participants, shortage of space precludes my doing so. Therefore, I shall confine myself to Afghanistan, which remained the hot subject of the conference.

All participants placed great emphasis on the fact that the conflict in Afghanistan brooks no military solution and that it could only be resolved through a political dialogue. They also expressed solidarity and sympathy with the people of Afghanistan for the suffering they have endured for so long and recommended that any solution that was found for the Afghan problem must respect the territorial integrity of that country.

The participants were in agreement that the solution must encompass the aspirations of all segments of the Afghan population and that it should be led by Afghans themselves. Apart from stating that all countries should commit themselves to non-interference in the internal affairs of Afghanistan, they also reiterated that the Afghan soil should not be used for actions prejudicial to peace and security in any other country.

The participants further recommended that conditions should be created inside Afghanistan to enable all Afghan refugees living abroad to return to their home country. In this context the international community should fulfil pledges made at different forums to support the rehabilitation of refugees and for the economic development of Afghanistan.

The participants also felt they needed to engage in a frank and meaningful dialogue in order to agree on their respective roles for stability and progress in Afghanistan as well as for exploring the possibility of undertaking joint projects in that country in diverse fields such as Information Technology, training and education, telecommunication, healthcare, agriculture, capacity-building, etc. Afghanistan being used in the future as a gateway for trade and commerce between South and Central Asia was envisioned, and India and Pakistan were urged to work assiduously towards making this vision a reality.

It was very encouraging to note that despite the bitter memories of the past people from both India and Pakistan wanted to be actively involved in Aman ki Asha, a process that keeps exploring possibilities of bringing the two people closer together through dialogue in order to smooth the ground for resolution of thorny issues between them.

In this day and age, when the world has become a global village, no two countries, particularly neighbours like India and Pakistan sharing a long border who have lived in a state of perpetual animosity, can coexist amicably without having a continuous dialogue and interaction with each other. Neither side can afford to slam the door of dialogue shut in the other’s face. If this is done by either country, it would provide another ideal opportunity to non-state actors to again enact terrorist acts in the other country to bring the two countries yet again to the brink of a confrontational precipice.

It appears that the powers that be in both countries seem to have realised the utility of a dialogue as the path to peaceful coexistence through removal of irritants between the two countries as far as possible.

One can only hope and wish that such sense also prevails in the context of Afghanistan in the minds of the people in Pakistan and Afghanistan and leads to frequent meetings in every field for exchanges of views on the pattern of the Chaophraya Dialogue. That will help remove misunderstandings between them and create a more conducive atmosphere for working in tandem for betterment of the people and creation of tranquillity in the region as a whole.

The writer is a former ambassador. Email: waziruk@hotmail.com