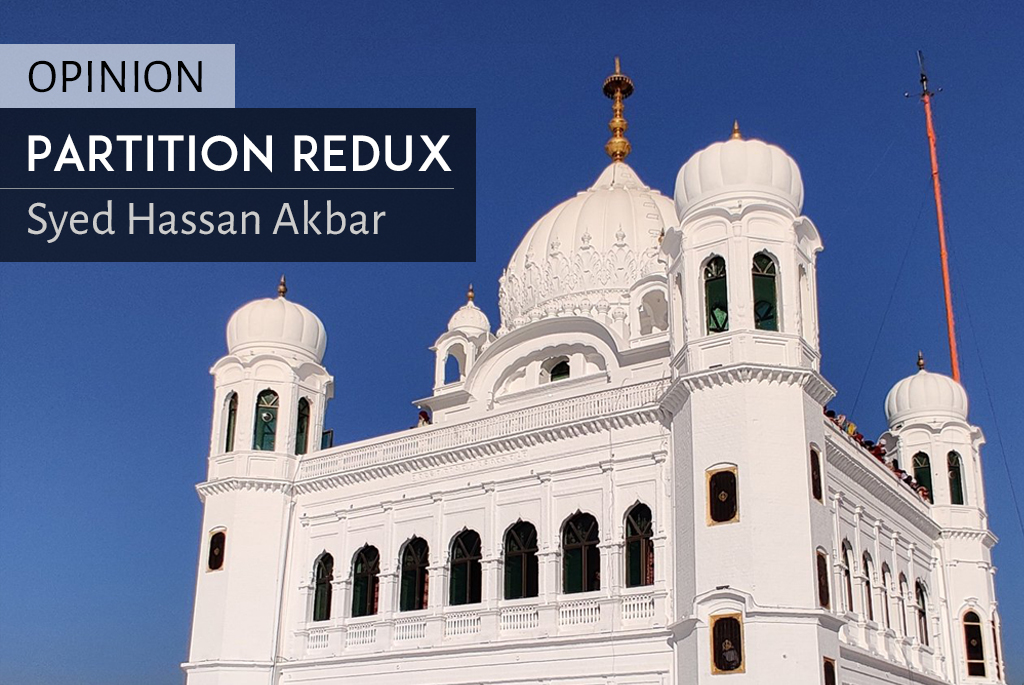 It has taken a tale of two cities to remind us of how deeply the legacy of partition continues to afflict the conscience of India and Pakistan. In the past week, both have sought closure though it could not have come in starker contrast. Pakistan has answered the daily prayer of Sikhs across India and the world by opening the Kartarpur corridor in a gesture of goodwill. In India, the wounds of Ayodhya, so violently afflicted in 1992, have been forced shut by a Supreme Court verdict that rewards vandalism and criminality, privileging the belief of one religion over the other.

Some have argued that for South Asia, Kartarpur may represent a vision of hope. One in which the sentiments of minorities and their rights and privileges are respected. A vision where hostility can be overcome by goodwill gestures backed by political will and dogged persistence. Perhaps the first time in recent history, two countries so entwined in conflict have opened their borders to allow the free movement of pilgrims and citizens for religious rites. Despite decades of Kartarpur remaining an agenda item on the bilateral dialogue, so vehemently opposed by India today, Pakistan has led the way in ensuring that New Delhi’s intransigence on dialogue, aggression in Balakot and continuing lockdown in Indian occupied Kashmir does not derail Kartarpur.

While Kartarpur demonstrates the possibilities of peace, Ayodhya harks back to a legacy of communalism, historical revisionism and majoritarianism. In what is by all means a most fantastical judgement, India’s Supreme Court has given the entirety of the disputed land in Ayodhya, where once the Babri Masjid stood, to the very Kar Sevaks who demolished the mosque in 1992. Despite recognizing the criminality of the events of that fateful December morning, and validating the Sunni Waqf Board’s claim that the surreptitious placement of a statue of Ram inside the mosque in 1949 was illegal, it has maintained that the Hindus believe Babri Mosque to be built on the Ram Janambhoomi; and that in matters of faith, belief should not be questioned. However, in a display of legal jugglery, that very same bench has rejected the Sunni Waqf Board’s prayer for being unable to provide documentary evidence that Namaz was ever offered in Babri Mosque between 1527 and 1885.

Pakistan is no stranger to the turmoil begotten from the politics of divisiveness and communalism. For decades, the struggle for the rights of the marginalized and vulnerable, including its minorities, has been at the heart of a societal contest for Pakistan’s conscience and identity. The Supreme Court in Pakistan has taken a progressive stance in interpreting fundamental rights in its landmark 2014 judgement on religious freedom. Earlier this year, the same apex court has constituted a special bench for implementing its verdict on protection of religious places of worship. The Supreme Court’s activism combined with Kartarpur, and the announcement of the restoration of four hundred Hindu temples is course correction for a society left wounded by intolerance for far too long. The need now is to stay the course.

Yet in India, the rise of Hindutva majoritarianism backed by a coterie of religio-politicians bent on reimagining history and otherising Muslims has threatened the Gandhian fabric of a once secular polity. The Ayodhya verdict is not an anomaly. It comes amidst a growing celebration of the incarceration of Kashmiris, the exclusion of Muslims from the draft Citizenship Amendment Bill and the disenfranchisement of millions of Muslims in Assam. Vitriol from politicians has seeped onto mainstream media. The consciousness of India now rests solely in its liberal voices, pushed to the fringe and threatened by an ultra-nationalism that conflates a growing India with the rebirth of a Hindu Rashtra.

Today, discourse on the vision of Jinnah’s August 11 speech remains at the heart of what Pakistan should be. In India, the juxtaposition of Patel with Nehru and the debate on a Bharat Ratna for Savarkar – the very ideologue who inspired the murder of Gandhi – demonstrate how partition and its legacy remains alive. South Asia’s chequered history of conflict and missed opportunities too has contributed to the elusiveness of finding closure.

Can two nations so inflamed by the vestiges of a tortuous history and gripped by the immediacy of their disputes find peace unless they find closure to the legacy of partition?