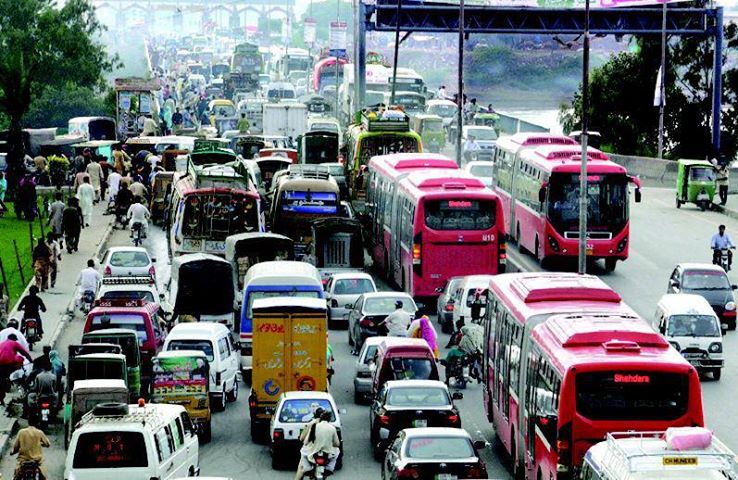 Anyone in Pakistan who dabbles in the lexicon of urbanomics will be the first to admit one of two things: that cities are like living organisms that need sophisticated delivery systems to survive and prosper; and that unfortunately there’s nothing quite as unfashionable as a policy brief on public transport.

Perhaps that’s why even the most innovative of policy blueprints can be found cluttering the back burners of urban action planners. Towards the end of August it was reported that Prime Minister Nawaz Sharif had signed off on a Mass Transit System (MTS) for the twin cities, but that project implementation would take at least three years to materialise.

In Europe, Central and Far East Asia, the presence of sophisticated public transport systems has become a universally-accepted barometer for socio-economic progress.

When the British left India in 1947, they left behind what was arguably their most viable capital asset “” an elaborate network of railways. During the days of the Raj, the subcontinent went from not having a single railway line in 1842 to boasting the world’s fourth largest rail network in 1900, with successive viceroys laying out ambitious plans to connect the distant corners of India by rail, albeit in service of their own economic interests.

Since 1947, however, a glaring deficiency in Pakistan’s infrastructure development has been the lack of attention given to effective and affordable public transport “” a trend that has translated into urban chaos, tepid infrastructure design and endemic pollution.

Instead, a cottage industry of national transport policies has emerged, where each attempt has usurped, rather than supplemented, previous efforts. This has been compounded by a historical failure to effectively carry through recommendations made by successive planning committees. Consequently, we are left with development fatigue, where public transport ventures are too tired to even take off from the ground.

Since Pakistan’s devolutionary spring, responsibility for urban transport has fallen into the domain of city district governments “” but this has not stopped initiatives such as the Lahore MTS or Karachi Circular Railway (KCR) from being paralysed by political intrigue and bureaucratic turf war.

The KCR “” once a popular and convenient mode of transport for lower-middle class urbanites “” has witnessed spiralling deterioration since the 1970s. Similarly, despite being a model template for a light rail system, Islamabad (the country’s only city stylised on Italian Renaissance theories of the ideal metropolis) has seen countless BRT, or Bus Rapid Transit, systems fail, reboot and fail again.

Societies that measure mobility based on their number of car-owners inadvertently sponsor the increased marginalisation of lower-income groups who cannot afford their own cars or motorbikes as well as nurturing an endgame situation wherein owning a car becomes a class indicator “” a far cry from the developed world where even the elite is content to use rush-hour public transport.

Since 2000, Pakistan’s car manufacturers have recorded a 52pc increment in the sales of utility vehicles. At this rate of development, no amount of flyovers or underpasses will be able to accommodate the country’s vehicular traffic “” a 2008 Traffic Engineering & Transport Planning Agency report showed that the traffic volume on Lahore’s roads had already crossed the international standard capacity of 8,000 vehicles per lane. The second variable that needs to be considered is that of Pakistan’s would-be commuters: the stratification of cities into elite central pockets and urban ghettos has created a daily cyclical flow of workers moving towards and away from the centre.

Furthermore, as functional spatial organisations, the country’s three biggest cities after Karachi (apart from Karachi) are predominantly mono-centric. This means that that they all have one central business district which nearly all commuters gravitate towards on a daily basis.

Yet, because transport modes are competitive rather than complementary, and invariably fall under the draconian purview of wagon and taxi mafias, public transport benefits such as increased market integration that are essential to provide accessible options to commuters are often sidelined from the discourse.

It’s little wonder that over 50pc of Lahore’s lower income workers are forced to walk 90 minutes on average to reach their final destination.

Furthermore, road fatalities are also predicted to become the world’s fifth biggest killer by 2030. This state of collapsed service delivery is also visible in the over-congestion that permeates nearly all public thoroughfares. To general consternation, nascent attempts such as the UNDP’s short-lived Pakistan Sustainable Transport project have failed to trigger a wider public conversation to address the situation.

During its twilight hours, the former PPP government announced its decision to phase out the CNG industry. This will only increase the pressure and onus on current urban planners to provide an affordable alternative to the general public in a day and age of surging POL prices.

The dangers of relegating something as vital and time-sensitive as public transport to the neverland of policy legislation will only stimulate greater social and economic demons for Pakistan’s urbanites. Ultimately it’s not just about revolutionising travel, but also about marshalling individual efforts for a collective rethink and promoting a much-needed narrative of social development. If that means reopening the conversation on public transport, let’s do it.

The writer is a Project Manager for Jinnah Institute’s Strategic Security Initiative, and tweets @fahdhumayun.

Please note that the views in this publication do not reflect those of the Jinnah Institute, its Board of Directors, Board of Advisors or management. Unless noted otherwise, all material is property of the Institute. Copyright © Jinnah Institute 2013