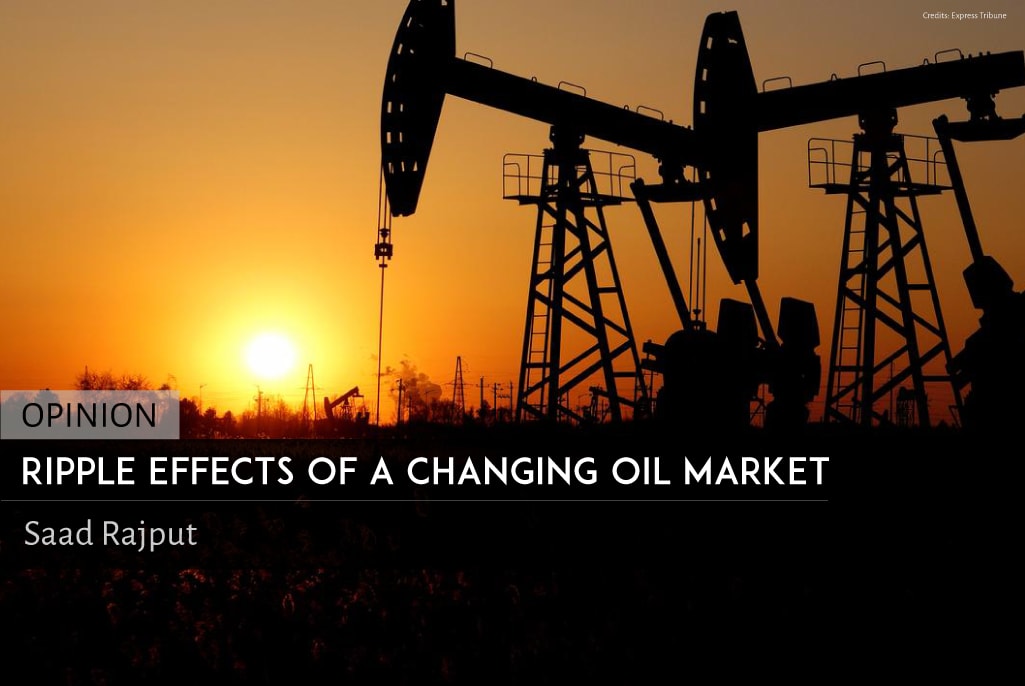 The COVID-19 pandemic has caused some bizarre distortions in markets across the globe. One such aberration occurred on 20th April, when the price of a barrel of WTI crude – the benchmark for North American markets – fell to negative $40. While Brent crude – the European benchmark – and WTI are usually very closely correlated, this event was specific to WTI due to falling storage capacity at a facility in Cushing, Oklahoma. With supplies piling up at the Cushing oil storage hub amid global lockdowns, traders with May-dated WTI futures contracts were willing to pay other parties to take the oil off their hands. Even though prices have managed to recover some ground over the past few trading sessions, with WTI up to about $20, the oil market continues to face significant challenges that are very likely to persist over the long term.

Some background is warranted here. Oil producers since the 2000s enjoyed a high price environment, given the energy needs of a rapidly expanding global economy. Additionally, tension in oil producing countries in the Middle East – such as Iraq, which was also a prominent OPEC member – meant that supplies were volatile enough to maintain a value hovering around $100. The upward price trajectory that began in 2005 and was only briefly interrupted by the financial crisis of 2008-09, finally came to an end in 2014 as US shale producers propped up production causing an extraordinary supply glut. While negotiations between OPEC and the US held post-2014 resulted in some recovery in prices, the days of $100 crude had clearly ended. Fast forward to the end of 2019, and oil was still trading around the $50 mark.

And now, with global demand decimated given negligible air and road traffic, the future looks bleak for the global oil industry. An OPEC+ deal signed in mid-April has been ineffective in curtailing oversupply and propping up prices. With demand for crude down by almost a third, the proposed 10 percent reduction in supply proved to be too little too late. This supply glut caused oil in floating storage (i.e., oil stored on ships with no booked delivery destination) to reach a record high of 160 million barrels by the third week of April, double of what it was in March. Any reprieve for oil producers therefore depends on when lockdowns across cities are lifted and demand recovers.

There is also the likely scenario of crude prices not fully recovering for at least the next few years. The COVID-19 pandemic has already changed the way the world economy works, by shortening supply chains and making remote working an acceptable norm. All non-essential economic activity has been halted resulting in a massive scaling back of production and, consequently, energy consumption. It is also acting as a preview of the chaos that could ensue if policies to mitigate climate change are not taken seriously, further strengthening the cause of gradually growing renewable energy technologies.

There will also be the unsavoury side of geopolitics that will likely emerge as petrostate governments struggle to steer their economies out of an impending recession. Consider Saudi Arabia, where plans for economic diversification have not completely materialised as the Kingdom still earns 60% of its GDP from oil revenues. Any reduction in oil profits damages the basis of the Saudi royal family’s power while also changing the Saudi-US relationship, one that defines the politics of the Middle East. Riyadh may have already hurt its relationship with both Washington and Moscow, as the Kingdom ramped up production earlier this year in an effort to reduce prices and drive out producers in both Russia and the US, when the current crisis had not fully hit. Economies such as Russia, Qatar, Iraq and Kuwait too have a serious dependence on oil revenues. On 9th May, the state news agency of Kuwait reported the country’s Emir stating that the financial solvency of the country could be affected due to falling oil prices. As oil revenues plummet, petrostate governments would fail to balance their budgets, have less money for social sector spending and be unable to use public spending to quell growing domestic discontent.

In the US, the shale oil revolution that propelled the superpower to become the largest oil producer in the world has fallen flat due to tanking demand. This has led to fears of widespread bankruptcy and unemployment in the US oil patch, where businesses are looking towards the federal government for COVID-19 bailout packages. As production falls, most oil wells will have to be shut, causing permanent loss: shutting down a well is an expensive process and there is always a high chance that the well can be damaged forever. While the oil sector contributes 8% to US GDP, a struggling oil industry also complicates the picture as the country goes into an election this year. Big oil carries significant clout with the country’s political class, think tanks, and Wall Street, which is why President Trump would have to salvage their interests to increase his chances of re-election. Additionally, the crisis could very well make the US once again dependent on foreign oil, that would have repercussions of its own.

For a country like Pakistan, which imported $14 billion worth of crude in 2019, cheaper oil would provide some relief in these times of economic difficulty. The country’s oil import bill could very well be cut by half if lower prices continue for the rest of 2020. Th external account position, however, may still not improve due to a deterioration in other sources of foreign exchange given the deflationary impact of the COVID-19 pandemic: a global recession means that the country’s exports will experience lackluster demand, and its workers abroad will be able to send in fewer remittances back home. A World Bank report that came out in the first week of April projected workers’ remittances to Pakistan to drop by over 20 per cent this year.

The recent reduction in petroleum products’ prices implemented by the government aimed to strike a delicate balance between two opposing poles: passing the benefit of lower international prices to consumers on one hand and using the growing wiggle room between international and domestic prices to increase the petroleum levy. Although unpopular, the increased petroleum levy would help fill up government coffers as stimulus packages and social sector spending are expanded.

Regardless of the magnitude, this reduction in prices would help reduce energy costs for the industry in these tough economic conditions. Much of Pakistan’s electricity output is based on furnace oil, meaning thereby that electricity tariffs would also fall over the next few months. This would aid in unlocking much-needed extra cash for households, as well as inject some competitiveness into the export sector. Falling inflation, in part due to falling energy prices, would also ease the way for further monetary easing by the State Bank of Pakistan.

However, in order to take maximum advantage of crashing oil prices, Pakistan must look towards becoming a more sophisticated global player by renting additional floating storage units and buying bulk quantities, for example, or by entering into futures contracts. There are significant gains that can be made by engaging in similar trading and hedging activities, and by leveraging any excess storage capacity. Such steps would help the cause of a slimmer oil import bill and reduced domestic energy prices for a longer period of time.

On Monday last week, OPEC’s Energy Minister stated that the body expects oil to bounce back to $40 in the third quarter of 2020. Even an optimistic scenario such as this would be a significant drop from the pre-COVID-19 price of $63 at the start of 2020. Although accompanied by a slowing domestic and global economy, lower energy prices would be a godsend for Pakistani businesses and households as they weather the storm that is this pandemic.