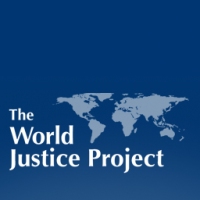 No society has ever attained a perfect realization of the rule of law. But when plotting 35 countries on an objective scale, Pakistan is dangerously close to perfect failure, scoring last on three out of nine distinct metrics of a just and fair society.

The World Justice Project (WJP) Rule of Law Index is a quantitative assessment tool that seeks to find out not just how legal systems uphold universal principles of human rights, but also how “ordinary people” access justice. The indices for surveying and studying rule of law across countries with a diversity of social norms and practices were designed in collaboration with academics, lawyers and community leaders from over 100 countries. In Pakistan, 1000 people from three major cities (Karachi, Lahore and Faisalabad) were surveyed, and in-depth surveys were conducted with Pakistani practitioners and academics in the legal field.

Pakistan scored the worst of 35 countries on corruption, fundamental rights and access to civil justice. That’s the good news. The bad news is that it failed to beat Ghana, with a GDP per capita that’s nearly half of Pakistan’s; and Liberia, which has been under civil war since it came into existence.

The dismal state of access to justice in Pakistan is summed up by the fact that nearly half of all crimes go unreported. Of the crimes that are settled by court lawsuit, over seventy percent are simply never resolved.

Surprisingly, in spite of Pakistan’s prolonged war against militancy, it ranks 24th out of 35 countries on “Order and Security” – an index which considers crime, political violence and terrorism. South Africa, a country facing challenges of extreme crime and insecurity, does far worse on the same scale, ranking at 34th of 35 countries. African countries such as Nigeria and South Africa, and Latin American nations such as Colombia all claim higher incidences of crime, armed conflict and unrest, and simultaneously rank better on Fundamental Rights. There is therefore no apparent correlation between engaging in conflict and ensuring Fundamental Rights and Access to Civil Justice to citizens. A few interesting details are worth noting. In the section on Fundamental Rights, Pakistan gets the worst score on clarity of law. The guidebook to the Index states that access to justice means laws must be “comprehensible and”¦ sufficiently clear, publicized, and explained to the general public in plain language, for them to be able to abide by it.” It is not enough to put laws in the constitution or in the criminal procedure code if people are unable to understand them. Pakistan’s low education level is no excuse since poorer and less literate countries in Sub-Saharan Africa have innovated mechanisms for disseminating information on rights and obligations.

Another surprise is that in spite of Pakistan’s draconian laws against Ahmadis, minorities and women, it does not score a perfect zero on “Freedom of thought and religion.” It does however, score the very worst of 35 countries on Fundamental Rights, which is an aggregate of factors such as equal protection, freedom of thought, religion, association, and privacy. Other Muslim countries in the Index include Jordan and Indonesia, which are 31st and 25th respectively out of 35 countries on that ranking.

Setting a “universal” standard for Human Rights is always a process loaded with cultural and social biases, all of which have been contested in the process of making the WJP Index. While the debate on Human Rights may never be completely resolved, the Index does provide a detailed explanation and justification for the scoring, and it is up to individuals to derive what they want from the figures.

At the end of the day, the Rule of Law Index places Pakistan in comparative perspective. Yes, we are in the low-income group, but countries poorer than us have the capacity to deliver on justice and fairness. Yes, we are riddled with conflict, but nations that have struggled against violence for far longer are performing better on several indicators. The Index is a sobering reflection on the ability of low-income countries to do a lot more with a lot less.