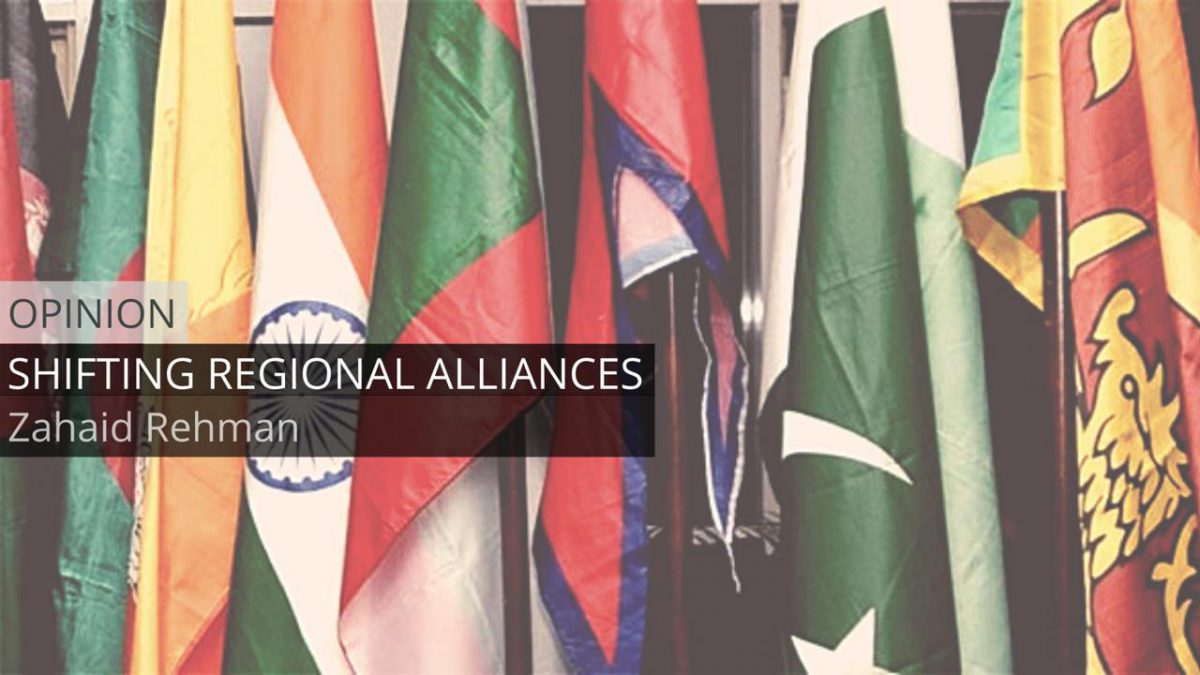 The recently signed Basic Exchange and Cooperation Agreement (BECA) between the US and India is rightly being viewed as a significant change in the balance of geo-strategic stability in the region. The US has long viewed China’s increasing global power with ill-concealed anxiety, and with Beijing’s growing investments in the Belt and Road Initiative, Washington has preferred to position India as the regional hegemon to rival and contain the rapidly moving Chinese economic advance across Eurasia.

BECA is the third in a series of key cooperative agreements that formalise and enhance military partnership of the two countries, beyond a slew of multiple agreements at the bilateral level. It adds to the cooperative matrix of the Logistics Exchange Memorandum of Agreement (LEMOA) in 2016 and the Communications, Compatibility and Security Agreement (COMCASA), inked in 2018. LEMOA focused on using the other’s military bases for resupply and repair, while COMCASA allowed for real-time encrypted communication between the two states, opening up new avenues for military collaboration.

BECA, however, is a huge and unprecedented leap forward for the alliance. It pertains to geo-spatial intelligence sharing with improved access to each other’s maps and satellite imagery. This means that India can now access detailed information about troop placement and military installations in order to strike more effectively when needed. Think back to Balakot; the Indian Air Force’s utter failure in targeting a building it claimed housed terrorists is something that this deal could stand to overcome. With detailed geo-spatial data, India does not only pose a threat to China, but Pakistan as well.

The threat to India’s neighbours is real and substantive. With border conflicts in the north and west, India can now access strategic data that can assist in planning any adventurism on either side. Consider troop placements along the Line of Control and the Line of Actual Control, weapon positioning—and if you hear it from the Indian hawks—detailed information down to the last room of any target that catches their fancy.

However, the chest thumping and bravado aside, intelligence on its own is not nearly enough for India to become a serious threat for Pakistan and China simultaneously. Both have formidable defence infrastructure machines of their own, and will likely cooperate even further now that India has become even more of a prospective belligerent. The only difference is, China and Pakistan do not always broadcast the level of mutual partnership as muscle-flexing, which as always, is a consistent cause for concern for India.

There is also the added question of regional stakeholders. Russia might look to keep India at arm’s length after seeing it cosy up to the US. Trade deals are acceptable, but technology exchange and intelligence-sharing opens up Russian capacities to potential scrutiny from the west, and this might not be taken positively in Moscow. Overtures by Pakistan and China might help in drawing the trio closer together.

Iran’s currently vexed ties with the US might may well take a positive turn under Joe Biden’s presidency, but the damage seems to have been done already. China’s sudden and decisive entry into Chabahar dislodged India’s growing role there almost instantaneously. Its grand designs to encircle Pakistan through Iran and Afghanistan evaporated when China brought the promise of the BRI project alongside investment in Chabahar. In China, Iran also has its largest oil buyer and a potential way around the US’ crippling sanctions. The eastern power has promised $400 billion worth of investment in a range of sectors; from infrastructure development, to discounts on oil, but critically, this injection of funds stands to increase cooperation in defence and intelligence sharing.

There are additional hopes here at home that Bangladesh, Nepal and Sri Lanka might be witnessing a change in their relationship with India, but any bumps along the way in their interaction are in all likelihood minor, and will be sorted out bilaterally. Disagreements have arisen, but they are either in their early stages and will not lead to a shift in camps, or will be resolved as time passes. In any case, strategically, none of these states pose a threat to either bloc and their effect in this developing regional polarity will be minimal.

In India, the US has found a willing partner that is currently at odds with the Chinese state over a conflict-ridden border situation. The Ladakh episode has left the Modi government scrambling for parity and the only option available is to join the US camp and try and compete with China through support from its new partner.

But all of this is predicated on a shift we have seen through the years in India’s outward positioning and articulating its ambitions of becoming a global power. This reflects the real change in India’s external posture. Where once gaining supremacy over Pakistan was the sole objective, the aim now is to also counter China’s power in the north.

The region was already a hotbed of conflict and acrimony with the situation in Indian Illegally Occupied Kashmir (IIOK) rapidly deteriorating as a result of India’s unilateral actions since August 2019. The Ladakh episode further segregated the states and positioned them into two clearly demarcated blocs: China and Pakistan’s close friendship versus US-backed India.

With the US becoming fatigued with its role in Afghanistan and the peace deal not moving at the pace originally expected, India is clearly positioning its assets for use as spoilers to target Pakistan. The Pak-Afghan border then, might still be the biggest threat to Pakistan, especially after India has gained unlimited access to geo-spatial information via satellites. Expect an even greater incidence of terrorist attacks (compared to the recent increase) if India chooses to exercise this option. With a pullout from Afghanistan imminent, the US’ role in the region will be minimised and create more room for China to operate in. This is not palatable for the US and the diplomatic dependency on India will only grow with time.

Regionally, India’s role is becoming increasingly problematic. Its issues with Pakistan on the border and spectacular transgressions and aggressions in IIOK are well-documented. Pakistan has raised this issue at multiple forums with the international community time and again. India’s aggressive regional posturing of strength has generated support for the Modi regime domestically, but it has overestimated its capacity as a regional player. China’s military prowess is well ahead of India’s, and their close proximity means that the northern neighbour can strike hard and fast well before the US has time to intervene. In manpower alone, China has an army nearly twice the size of India. In armaments and equipment, Beijing has 1.5:1 superiority in the air, more than double the naval capacity and 2.1 nuclear missiles for every warhead that India possesses. The latter has almost 800 tanks more than China, but this too is offset by the large number of artillery weaponry possessed by the eastern giant.

Clearly, the imbalance that the BECA treaty creates will have consequences. China will perceive this as a provocation and calibrate its own response, given its economic strength despite the Covid pandemic, which has significantly impacted growth in India and the United States. For its part, Pakistan has been attempting to maintain a level of balance between its relationships with the US and China, and will wait to see if a Biden presidency creates a new set of expectations that constrain this balance. At any rate, Pakistan will continue integrating itself in the China bloc, which offers a more certain route to economic recovery, while staying alert to developments next door in Kabul. All timelines are connected to the withdrawal of troops next summer in Afghanistan, and the utility of regional realignments will become fully evident by then. The only thing to do for now is to stay the course.