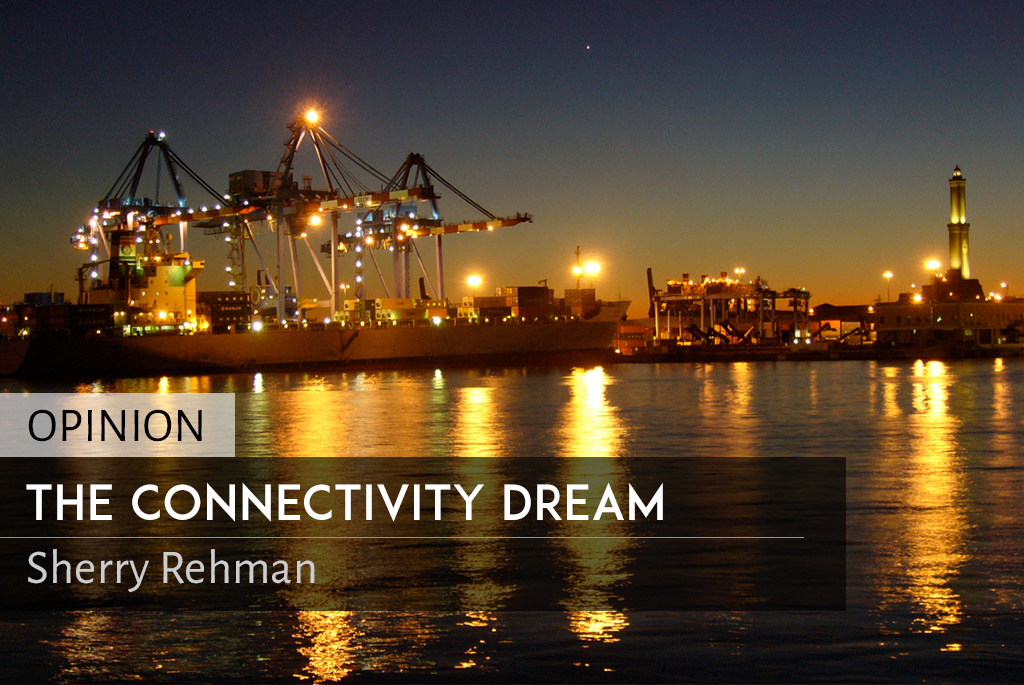 The Kartarpur corridor contains the seeds of more inclusive, people-oriented development in Pakistan and across South Asia

The Kartarpur corridor connecting two Sikh shrines divided by Partition has posed many rethinks of policy binaries in India and Pakistan. Many have called the long-awaited move the result of a tactical series of responses on both sides to public pressure. Whether it was tactical or strategic is actually not of singular relevance. What it has offered is a window into another possible future, a series of options India, more than Pakistan, has walked away from.

Unlike India, where the ruling party appeared to begrudgingly acquiesce to the corridor, political parties in Pakistan all welcomed the Kartarpur opening. Why? Because all manifestos of change today in Pakistan must build on the idea of humanity leveraging its institutional and productive capital for change, for leaps that transcend limits.

Connectivity is the one dream that we all theoretically agree on. It is the key intersect on which knowledge corridors and development in any region can pivot their ambitions on, to grow as societies, economies and civilizations.

A united South Asia is one such dream that has become trapped in the oldest enemy of civilizational growth: the politics of exclusion.

In the 21st century, with the rules-based international order under visible threat by politics of ultra-nationalism that principally rely on building walls to both knowledge and human enterprise, the contemporary embrace of identity is a threat to development models based on connectivity.

There is an established body of knowledge, gathered, analyzed and disseminated by think tanks such as the Jinnah Institute, the Sustainable Development Policy Institute, and even that bureaucratized behemoth, the World Bank (whose latest trade study for India and Pakistan is worth looking at for the bilateral trade potential it suggests) who place their bets on looking at futures linked to people as drivers of history.

What does that mean? To put it simply, if pockets of today’s world valorize exclusion, or privilege their political choices on the color of skin or faith, equally large numbers of people prefer to trade, to share ideas and value chains, to build gates and portals and partnerships, punching past walls, both physical and virtual, to allow connectivity to work its interdependent magic.

This development model defines identity not by denying it, but by embracing it as diversity. Today’s knowledge economy is one huge reminder of the investment states and people need to make in development models based on people. South Asia is a classic case study of that model gone wrong, where think tanks and individuals battle the linearity of thought that boxes in potential profits that accrue from joint social investments while targeting growth in unconnected boxes.

Technology and the Fourth Industrial Revolution are changing all of that. Of course the rise of the digital economy and Artificial Intelligence, like all great revolutions spanning centuries, will come with its own neo-fascisms, its own dark displacements of jobs and sunset economies. But iron curtains will be a thing of the past or they will need new alloy.

Modi’s India may also well choose to grow its way past the eight-body South Asian Association for Regional Cooperation (SAARC), bypassing China in other regional blocs that exclude Pakistan. Islamabad could do the same. But that would not only result in a huge opportunity loss, it would also deepen the binaries of hate that buck all human, social, structural trends of a non-toxic future.

So how best to transform our development model? To harness the power of any big trend, whether it is the locomotive of the First Industrial Revolution or big data of the Fourth, we must look squarely at the beast to harness its beauty. It is up to people and leaders to harness such knowledge for reform that is inclusive. Technology, like most inventions, is as good or bad as its users. It empowers the poor on one hand, while replacing human jobs on the other. It is the most transformational, as well as the most dangerous, tool invented since the splitting of the atom. The chaos that the internet-of-all-things can bring is nothing compared to the scattered anarchies and wars of the 20th century.

Like the atom, technology too cannot operate for public good in a moral vacuum.

But it can, for instance, heal people across class and state divides via telemedicine portals, helping save lives through new platforms. Development economies can leapfrog old models of growth by using digital banking and financial inclusion. A nano-chip can educate through a mobile phone as well as grant access to an entire galaxy of knowledge. All these technologies offer opportunities. We must take leadership of such trends and the social change they trigger by building the right regulatory frameworks that privilege the indigenous and the voiceless.

Reform models must build in this ability to leverage connectivity that is both virtual as well as structural. Energy pipelines such as the Turkmenistan–Afghanistan–Pakistan–India pipeline, or visa-free corridors of faith-based travel such as Kartarpur can spur change that disrupts the old economy based on fossil fuels and depleting aquifers. Currently, South Asia is projected to grow economically but with growing inequality and impoverishment. Fifty percent of Pakistanis are already food insecure. India has high numbers to feed but its farmers are committing suicide due to starvation. It is clear that pure wealth creation will never be enough for the kind of social demographic pressures South Asia faces.

The future of climate change will bring its own challenges, whether countries prepare for them or not. Nature is agnostic to borders and binaries. India and Pakistan have no option but to formally talk when there is a natural disaster such as an avalanche in Kashmir. They can use the Kartarpur opening, for example, to peel that insidious onion of bilateral stalemate, layer by careful layer. No need to push for everything in one go, as General Pervez Musharraf did. That never ends well. But what can be done is using Parliaments and Standing Committees to build consensus in their own political milieu, with significant capital that already exists for such ideas in major political parties. They can start talking about baby steps to protect trade corridors and carbon justice at global forums such as COP24.

No learnings on connectivity can be meaningful without plugging into the projected benefits of the now very real emerging Asian century. This definition of power is based on economic transformations, not just military strength, of course. In this world-view China is leading the world in projecting economic power simply by pushing its connectivity agenda and exporting its surplus. In doing so it has ensured that Euro-Asian trade, which now stands at $1.7 trillion annually, has surpassed trans-Atlantic U.S.-Euro trade at $1.1 trillion. This was an unthinkable dynamic just one decade ago.

With the China-Pakistan Economic Corridor (CPEC) poised to generate jobs and growth in Pakistan, we cannot expect it to yield benefits simply because it is on offer. No, hope is not a plan, nor is it a substitute for inter-ministerial and provincial cooperation. Pakistan has taken ownership of CPEC across political divides, but the planning to benefit from it and its complex execution must be done here, or the moment and the opportunity will pass.

The responsibility for ensuring that CPEC’s structural gains percolate down to the most vulnerable is our responsibility, not Beijing’s. Development cannot be sustainable if it is not inclusive, locally responsive and frankly, climate-sensitive. We have to take charge of it.

Emerging models of developmental innovation offer connectivity, both cognitive and structural, as a way of even bypassing geography. Pakistan is often regarded as one of the most significant geographical patches of Asia. Let us use our geography, for once, to change our destiny for the better.

This article originally appeared in Newsweek Pakistan on 15-12-2018.