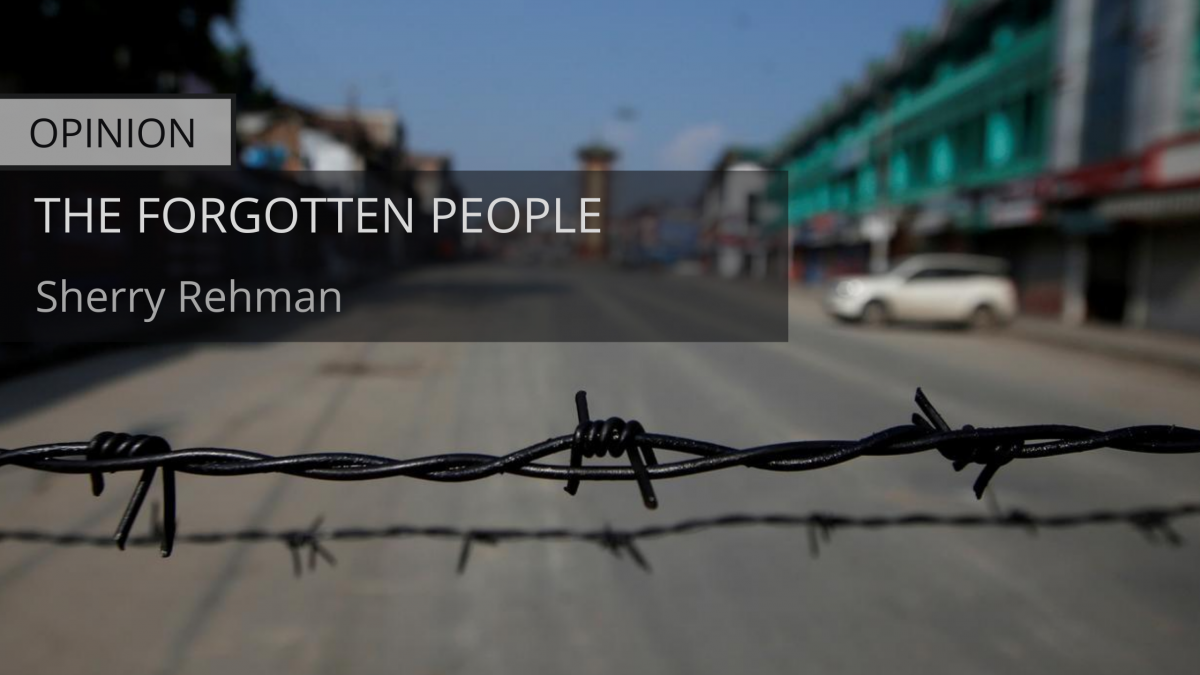 August 5th 2019 is only one of them, yet it should have marked a watershed in world history, like October 27th 1947 when a despotic Dogra ruler stripped Kashmiris of their voice and their vote by acceding to India without their consent.

In the parlance of an international community that is ruled largely by self-interest and realpolitik, Kashmir has been relegated to an irksome regional problem that should be airbrushed away as a small stain on human history. Why does its story bear re-telling? Because it is not just a watershed in the realm of the unusual usurpations of a people’s rights, against all law and constitutional convention, but also of the laws of the world’s multilateral arbiter of lawful order among states, the United Nations. India’s authoritarian PM, Narendra Modi did not just annex any territory on August 5th 2019, he used India’s military force to change the status of territory that is disputed under a UN Charter. The perilous reality that this territory lies between two nuclear countries that have repeatedly gone to war with each other was not just ignored, but is also a dispute placed consciously among the ‘forgotten files’ by global powers that can effect change.

Yet that stain, like Lady Macbeth’s famous blood stain from the murder of a king in one of Shakespeare’s most famous tragedies, refuses to fade away, despite the collective amnesia that great powers bring to this project of forgetting. Without the act of active forgetting, India’s own global brand as the world’s largest democracy, with a Constitution that protects the rights of people, falls under serious public reappraisal, a document as endangered as India’s large minorities.

But everyone does not sign on to the notion of state power trumping all law, including natural law. Kashmir is a classic case of the human search for justice as an outcome of natural law. This is a notion that arises from one of the oldest conventions embedded in the Western canon of Greek and Roman philosophy by Aristotle and Cicero, the Christian thought of Thomas Aquinas, later expanded by the Renaissance to become enshrined in the American Declaration of Independence and the French Revolution’s famous “Declaration of the Rights of Man”. I cite Western conventions of law, because it is the international community that must act to stop Kashmir’s abuse from becoming  normalised. These states and their rights protections are encoded in Western canons of law and philosophy, and therefore these theories must bear repetition and reminder. In many ways, such belief or ideology again roils many streets today, as we speak, by  American and global  activists against racism. It is because of these very philosophies that human rights defenders all over the world summon activism and moral agency to the task. It is this strain in public thinking that prevents human civilisation from descending into a Hobbesian darkness where the jungle is ruled only by the dictates of power and not by the twin laws of nature and justice enjoined on civilisation as the rule of law.

It is such very thinking that has produced voices of dissent on Kashmir, both in India and the international community. What do these voices say? They say that despite the inattention of the world, there’s a small war going on in Indian Occupied Kashmir. The people of Kashmir, under curfew and Covid-19 have resisted their occupation, and seek help against their colonisation by the new Domicile Laws that threaten to change the Muslim composition of the valley of Kashmir.

Changing Kashmir’s special status by abrogating Article 370 was not enough. Modi has shipped thousands of Hindus to the valley in an attempt to change its demography. At the back of his mind is the right of self-determination of Kashmir, as enshrined in UN Resolutions, still holding the field. If the right to own land in the valley is no longer restricted to Kashmiris, as it was by law and recognition of its special status, the plebiscite can even be held where his vision of an expansionist Hindu state will be complete.

Much of what we know yet cannot  see is enunciated in a 70-page report, called “Jammu and Kashmir: The Impact of Lockdowns on Human Rights,” which was released last week by the  Forum for Human Rights. What is unusual about this report is that it is written by a prominent group of Indian jurists, former diplomats and academicians – not activists on the fringe – and it has gone against the grain of Indian mass reporting. It has taken the trouble to say that the economic, social and political impact of India’s actions “have been disastrous.”

The report goes further in alerting the global community of what is going on in Kashmir. Hidden from the global public conversation are the daily humiliations, torture, communication lockdowns , new media censorship tools, and mass detentions it talks about. It talks about 6,605 people, including “miscreants, stone-pelters, over ground workers (OGWs), separatists”, being taken into preventive custody after August 4, 2019 as per the Ministry of Home Affairs data. Out of these, it said, 444 were booked under the now infamous Jammu and Kashmir’s Public Safety Act (PSA) of 1978. This law allows IOK to function as a virtual police state, where any individual can be detained without charge or trial. It allows the security forces to be judge, jury and often executioner of those taken into custody. This is also the law that enabled all the once-pro India political class to be detained after 5th August 2019. Had any other country done this, sanctions would be in the public domain as an option, if not in force.

Despite initial denials about the detention of children, the report said the Central and Jammu and Kashmir administrations finally admitted in the Supreme Court that 144 children had been detained in August-September 2019, of whom the youngest was nine years old. Sadly, it added, the Indian Supreme Court in its remarks on December 9, 2019, said that petitioners should not be overly alarmed if children are detained for a few hours or for just a day, because in certain situations it is for their own good. On silencing protests in the rest of India, including New Delhi’s activists and media, it says, the UAPA (Unlawful Activities Prevention Act) 1867, has been amended at the same time Kashmir’s special status was changed, to include “prosecution of individuals”. Many of the young activists protesting the Citizens Amendment Act, which blatantly excludes immigrant Muslims from citizenship, have been held unlawfully for “questioning”.

The blood stain on Kashmir is spreading like an open wound to affect the institutions that once upheld Indian democracy. Hindutva chauvinism is not new to India. It gathered pace in the late 1990s, and with Modi holding a majority since 2014 it has become the epitome of a harsh authoritariat. The Sangh Pariwar’s dream of wiping clean India’s multi-religious history and contested present is on its way. As Rama Lakshmi says (The Print, 2 August 2020) in a recent article, “the idea of India was not demolished at Ayodhya. That happened in our liberal homes.” It was the silence of the majorities, and the re-telling of India’s history that has made Muslims today in India “the eternal, unforgivable other”. On August 5 2020, when Kashmir was invaded a year ago, Modi will enact a “bhoomi pujan” at Ayodhya. He will attempt to celebrate the demolition of history, secular citizenship, Indian democracy, and impunity on Kashmir. What he did not anticipate was a few rights-seeking Indians refusing to give him impunity. Let us hope that their voice is heard.

Senator Sherry Rehman is Pakistan’s former ambassador to the USA,  Chair of Jinnah Institute, as well Parliamentary Leader of the PPP in the Senate of Pakistan