The Fragility of Nuclear Stability in South Asia 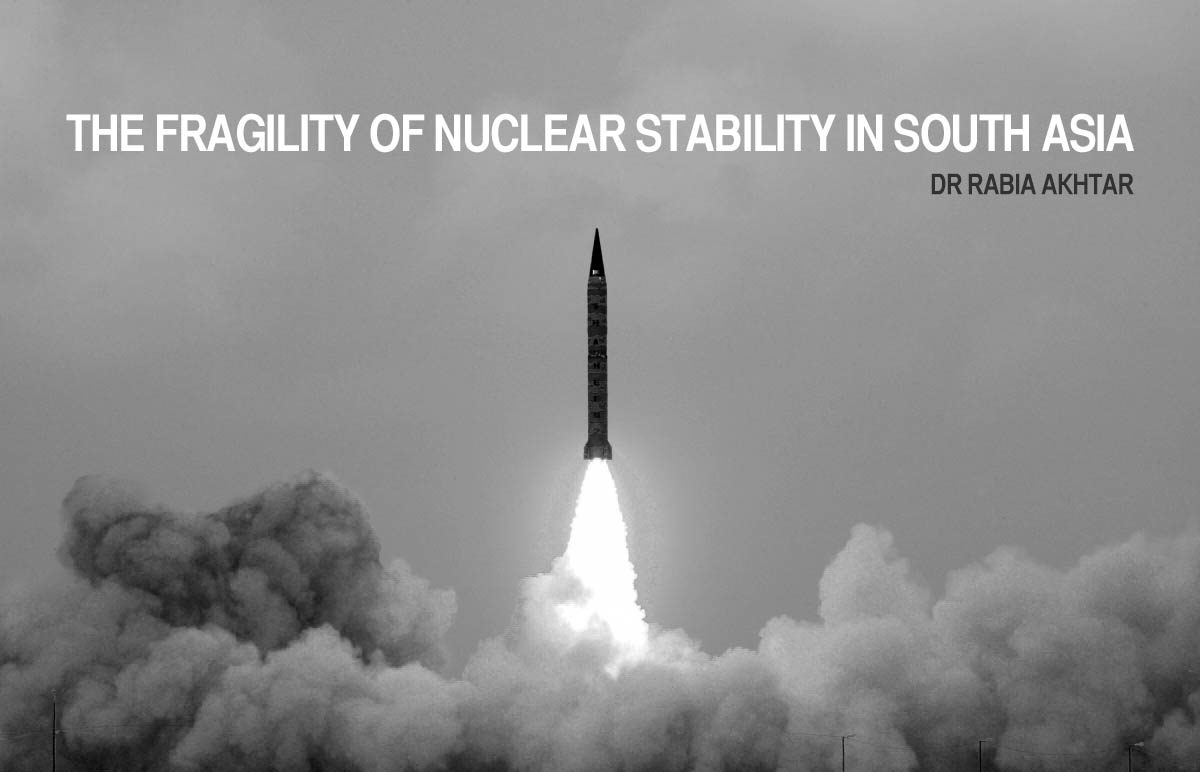 The two essential components of strategic stability are deterrence stability and crisis stability. As discussed, political stability is an important requirement for deterrence to hold along with technical requirements. However for crisis stability as well, both sides should be able to survive political tensions and ensure that low-level conflict does not escalate into full-scale conventional war which then further does not escalate to nuclear levels. India and Pakistan are in desperate need to develop mechanisms for ensuring crisis stability. Both countries need to recognize that the U.S. has limited abilities to prevent or even control escalation if an Indo-Pak crisis erupts and spirals out of control. It is for India to understand that the U.S. no longer enjoys the same leverage it had over Pakistan therefore making it all the more harder for the U.S. to influence the outcome of the crisis. At the end of the day, it is India and Pakistan that have to resolve their own crises without Uncle Sam.

Any serious observer of strategic stability knows that the key to stability between two nuclear rivals engaged in a protracted conflict is not trying to change the status quo in disputed areas by military means. India and Pakistan are two such nuclear adversaries and Kashmir is the internationally- acknowledged/accepted disputed region. Both countries have engaged in several crises and almost all of those crisis situations have had their roots in Kashmir. After every crisis, there were new lessons learnt by the duo that sometimes translated into conventional and nuclear CBMs. But since the political conditions between the two countries did not stabilize for one reason or the other, some CBMs lost their efficacy, some became redundant, while others remained on the wish list.

How can India and Pakistan achieve interstate political stability which is key to overall strategic stability? As long as Kashmir remains a disputed region, India will have its status quo challenged in the disputed region. The single most contributing factor to strategic stability in South Asia is for India to recognize that it has a Kashmir problem. A problem which does not have a military solution. The legitimate popular uprising in Kashmir, that is conveniently ignored, is a result of Indian manipulation of Kashmiri politics for decades now. Today, a regular Kashmiri sees India as an occupational force. The current unrest in Kashmir completing 100 plus days now is testimony to the fact that Kashmiris are undeterred by Indian use of brutal force and will not quietly accept the status quo. The generation of Kashmiris that has grown up in the past two decades is a new breed and they don’t need Pakistan to teach them the meaning of Azadi (liberty). But for India, the dilemma is not only acknowledgement of the K problem. Kashmir’s Azadi from India would be the tipping point leading to the breakup of the Indian union which is already marred by several insurgencies by different constituencies within India demanding their respective independence. This is what makes India hold on to Kashmir with all its might. The question is for how long will India continue to deny the Kashmiris their legitimate right to freedom. One view is that India cannot sustain this forever.

The Uri attack on Sep 18 and India’s response eleven days later with alleged ‘surgical strikes’ inside Pakistani territory undermines the already precarious crisis stability in the region. While India boasts about ‘punishing’ Pakistan, it has no clue as to how Pakistan will respond if there indeed is a next time. The presence of nuclear weapons on both sides is no guarantee that low-intensity conflict will not erupt between the two militaries whereby both will engage in sub-conventional violence leading to the threat of nuclear escalation if the war prolongs. Some scholars contend that Pakistan does not have the conventional military advantage over India and thus would be prone to an early use of nuclear weapons in a war. For this reason alone, India should refrain from intentionally provoking a Pakistani response.

India and Pakistan desperately need to achieve crisis stability where neither side has the advantage of launching a preventive or pre-emptive strike against the other. In order to ensure that mutual deterrence holds, crisis stability is the most essential component. And that cannot be achieved in an environment where political requirements aren’t met and the bilateral dialogue is frozen.

The writer is an Assistant Professor and Head of the Department at The School of Integrated Social Sciences, University of Lahore. She tweets @Rabs_AA