The Future of Global Governance 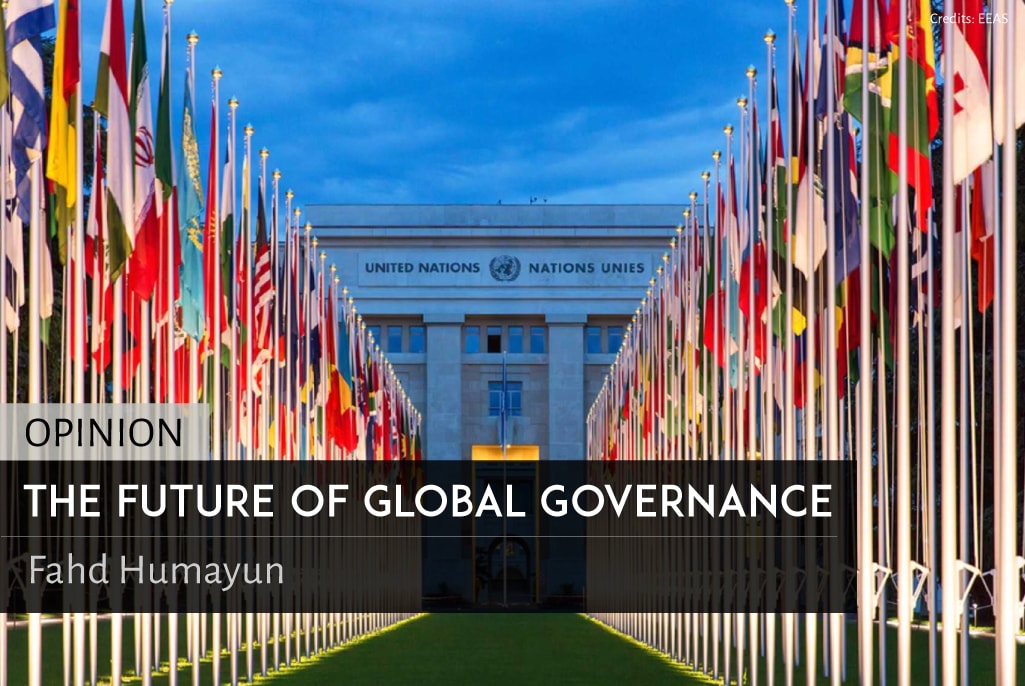 As the death toll from Covid-19 mounts, disrupting lives, livelihoods and much of the free market, global leadership is in short supply. This is clear from America’s intention to suspend funding to World Health Organization, a catastrophic moral failing and a further atrophying of the old world order. There are now over two million cases of the infections worldwide. That number is rising. Low and middle-income countries, which include Pakistan, India and much of the developing South, depend on the WHO’s interface for fighting disease, improving public health and combatting misinformation. Half a billion people already face poverty as a result of the Pandemic.

With global governance in terminal decay, Pakistan is now in the cross hairs of an international economic and political storm. New lending from the IMF following the G20’s debt relief plan may offer temporary reprieve, but both the present and future are unequivocally dire, particularly for the country’s poorest who will be the hardest hit by the virus, and its economic aftershocks. Our ability to mitigate and contain the virus, while protecting lives and livelihoods, depends as much on effective leadership as it does on a globally robust collaborative spirit that can backstop a state of emergency on the home front. But abroad, the great American retreat from shouldering global responsibility (different from American declinism, since this has more to do with willingness rather than its capacity) is set to have butterfly effect across economies in both the Global North and the Global South. For the foreseeable future global governance will continue to be a lightning rod for populist invective.

What does this mean for South Asia and the global balance of power in a fragmenting system? The most popular axioms, that declining American leadership might usher in an opportunity for a greater role for Sino-centrism, or a prolonged period of multipolarity, should be treated with caution. Food inflation is reportedly soaring in China. Over half of the Chinese economy is reliant on foreign trade and global demand.

Multinational corporations are suffering from overexposed supply-chains. The effectiveness of China’s opaque bureaucratic system has been exposed by local government’s lack of action and fear of action. With a global recession now imminent, it is not clear whether Beijing and Shanghai will continue to be able to export domestic overcapacity abroad. For Pakistan, emerging-market debt and associated liquidity challenges will be just one consequence of tumbling global commodity prices. Finding ways to restructure that debt while ensuring employment at home will be critical to economic and human survival. At the same time, Pakistan must do its best to signal that no country, especially those facing food, water and demographic stresses, can weather the pandemic by going-it-alone. This will be imperative given that, absent a “G2” kind of configuration between the United States and China, deteriorating Sino-American relations will undercut the centrality of either in positively affecting global stability.

In the absence of alternative poles and the world facing a de-globalizing retreat, the reality for the time being may well be a leaderless world order. The heavy lift of global governance requires investment, and fostering dependencies that no single country – the US and China included – is likely to be able to afford or want, at least in the short term. Governments in Brazil and India are likely to remain subservient to toxic ultra-nationalisms that will keep them from stabilizing their respective regions. For Pakistan, the fallout of the latter is already being felt on the LOC, where indiscriminate shelling by the Indian Army in the midst of the pandemic has claimed the lives of Pakistani civilians.

Around the world, power will be more diffuse than concentrated; there will be no single center of gravity; “nation-states”, far from regional allegiances, will dominate much of the global landscape. Smaller nations – South Korea, Sweden and Ireland – may continue to champion multilateralism, but these will at best be lone liberal islands, crowded out in an atomized world. The implications of a rudderless global system will have downstream consequences for member state-driven institutions, in which case the WHO might just be the first casualty in a string to come. Last week Pakistan appealed to world leaders, heads of financial institutions, and United Nations for debt relief to developing countries to help combat the coronavirus, but reportedly failed to file for G 20 payment relaxation for debt relief. In the long run, multilateral mechanisms and international organizations will only be as strong as the sum of the lengths the countries backing them are willing to go to. A supply-demand gap in global governance has implications for global conflict: the deterioration of East–West relations offers plenty of excuses and opportunities for revisionist powers to try their hand at more assertive posturing. Poorer countries with limited resources and means of recovery, and refugees and people in conflict zones will be the hardest hit by absentee global leadership. Sovereignty will once again be seen as indivisible; this will have consequences for the legitimacy and effectiveness of regional groupings. In Pakistan, few dispute the need for strong regional coordination to fight the virus. But the sad fact remains that India’s attempts to revive SAARC by creating an emergency relief fund comes after years of New Delhi deliberately sabotaging all attempts out of Islamabad to foster regional peace, stability and integration.

The last global pandemic may have been 100 years ago, but back then there was a clearer sense of pragmatic, rational choice-driven decision-making at the helm of global affairs. Today that fulcrum is missing. What that means is that until a vaccine can be found, efforts to shore up global resilience in the pandemic will be piecemeal rather than collective. Until then, the last few of remnants of global governance, much of which was based on that chimera of chimeras, liberal hegemony, will circle the drain. Pakistan must now contend with this unraveling.