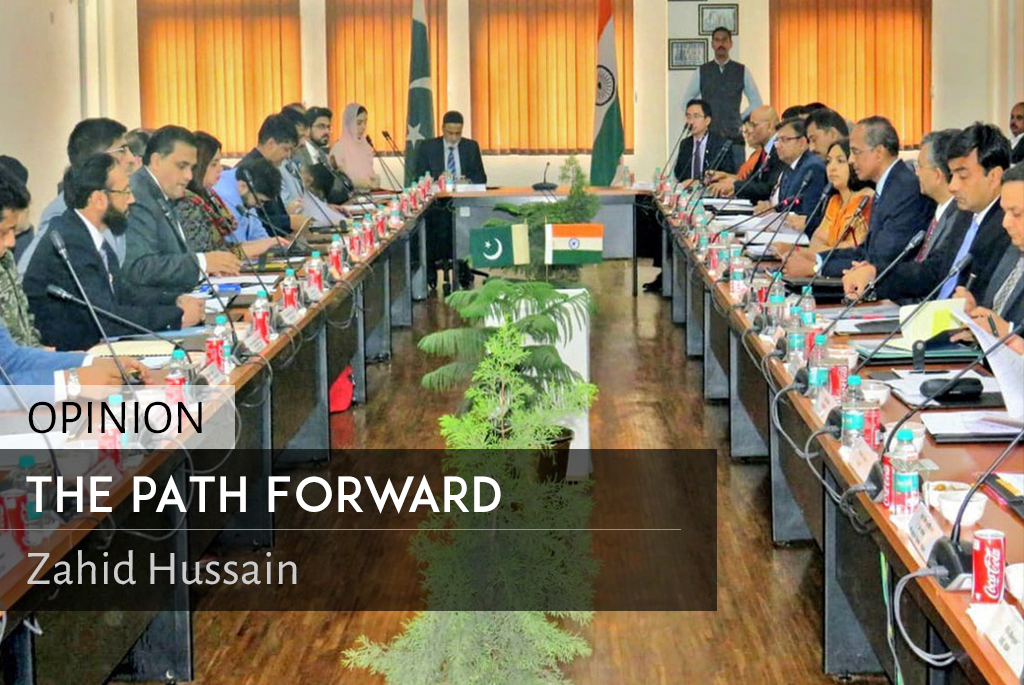 The headway made in the recent talks between India and Pakistan on the Kartarpur corridor marks a way forward towards normalization of relations between the two nations. The two sides have agreed to allow 5,000 visitors of all faiths to pass through the corridor per day without a visa.

The agreement has cleared the way for making the corridor operational by November 2019, given the historic importance of the 550th Birth Anniversary of Guru Nanak Dev Ji. That will also connect the Sikh shrines of Dera Baba Nanak Sahib in India’s Punjab region to the Gurdwara Darbar Sahib in Kartarpur, Pakistan.

Undoubtedly, this is an extremely positive development raising hopes for the two nations of extending engagement on other issues too. Pakistan’s initiative on the corridor reflects its desire to open religious sites for devotees from across the border. Such steps could create a conducive atmosphere for the two countries to resume bi-lateral talks that have been suspended for the past several years.

Pakistan and India had walked back from the brink of conflagration in February this year. The Indian incursion, first time since 1971, was the main cause of escalation. Deft handling of the crisis by the Pakistani leadership may have helped de-escalate tensions. But it is not over yet.

With artillery guns blazing along the Line of Control, the situation remains volatile and even a minor incident could spiral out of control. The clouds of war may have receded but they have not gone away completely. There is an urgent need to deescalate the present situation.

Indian Prime Minister Narendra Modi has returned to power with much greater electoral mandate riding on the wave of Hindu nationalism. A major question now is whether Modi 2.0 would show some prudence or continue to take a confrontationist path. Pakistan has repeatedly called for constructive dialogue between the two countries to resolve all outstanding issues. But there is still no response from the Indian side.

Except for a brief informal chat between Imran Khan and Modi on the sidelines of the Shanghai Cooperation Forum summit last month, there has not been any contact between the two countries at the senior government level. Neither is there an indication of resumption of talks anytime soon.

Despite the downturn in relations, the development in the negotiations on Kartarpur corridor is very encouraging and shows a way forward. Even if structured talks are not resumed the two countries can still take some confidence building measures to ease tensions. One immediate step is to strictly implement the ceasefire on the LoC. More frequent contact between the two DGMO’s could be useful.

It is extremely important to keep some kind of back channel contact open, particularly in the time of heightened tension. The two countries had maintained secret contacts at the level of national security advisors, but for the past several years NSA position in Pakistan has remained vacant adding to the problem. That contact must be revived.

Perhaps the most active role in the last few months has been played by track two initiatives. In the absence of a track one discussion between both governments, the track two has played an important role in efforts to lower the temperature when the official contacts are suspended. The participants in the process coming from different fields wield significant influence in their country and can help mobilize public opinion for peace. It also provides a very useful forum for exchange of views, assessing developments in each other’s countries and discussing the way forward. Suggestions for lowering tensions have been discussed at the recent Chao Track held in Bangkok. Moving forward on dialogue and engagement remains the only path to normalization.