The State and the Street 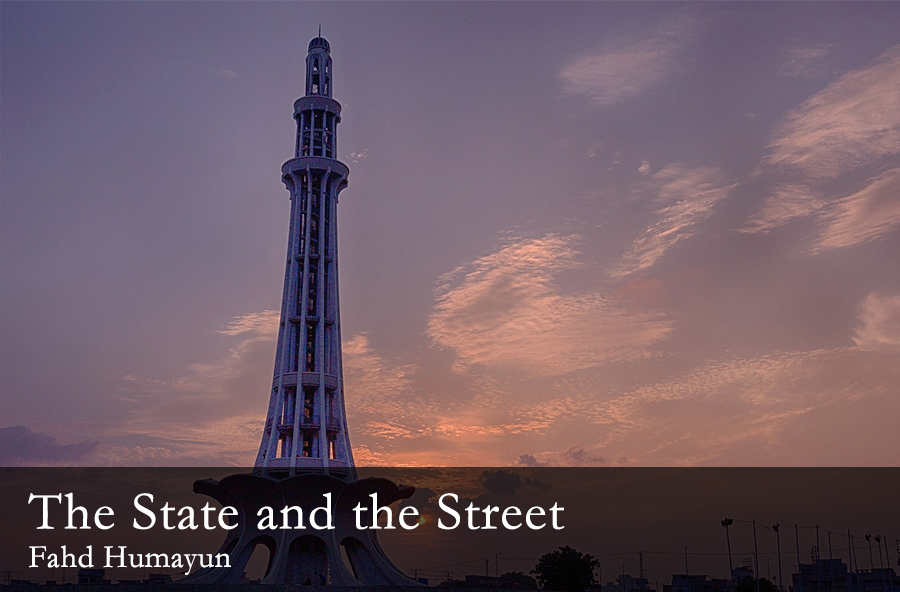 Much has been said and written about the government’s handling of violent extremism. Recent events have made two things expressly apparent. The first is the growing capacity of religious zealots to successfully shut down the state in the name of religious politics. The second is the limited array of remedial counter-measures at the state’s disposal, and the propensity to fallback on short-term detentions as an expedient stopgap for crowd control.

Religiously motivated street protests are hardly new. Neither is the weakly institutionalized nature of the state, or our systemic failure to address class-based neglect. What is alarming, however, is the way these two circumstances have collided to allow hardline groups like the TLP to hijack narratives of statehood and brazenly call for insurrection, while ducking criminal prosecution.

As a punitive tactic, short-term detentions under the Maintenance of Public Order (MPO) Ordinance for crimes of sedition against the judiciary, armed forces and executive only erodes the legitimacy of the state. It also lowers the costs of future insurrection, and signals a failure to institutionalize a robust counter extremism strategy capable of deterring private vigilantism. These twin deficits have allowed radicalized segments to mobilize followers with impunity and throw into doubt the state’s stand on minority rights and basic civil liberties.

On the last day of its tenure, the previous government unveiled a new five-year National Internal Security Policy loaded with a promising 6R strategy (reorient, reimagine, reconcile, redistribute, regional approach, and recognise). It also promised a focus on three domains – administrative, ideational and socio-economic. Up till now has been little in the way of a concerted attempt by the PTI to publicly rework any of the three NISP domains in its social charter. This is deeply unfortunate. In a country where the monopoly over violence is just as contested as the monopoly over discourse, the government needs to act urgently to develop and implement fundamental protections for minorities, and roll back on extremist propaganda.

There are two reasons why further delays in asserting the writ of the state to crack down on populist extremism will be especially perilous for Pakistan’s future.

The first is that, between the Faizabad lockdown and the Asia Bibi judgment, the religious right has found the threat of violent extremism to be an effective tool in supplanting traditional notions of state sovereignty with the more fundamental question of who rules. This is a dangerous fault-line, and one likely to be exploited till it becomes a permanent Damocles’ sword hanging over every elected government whose predecessor chose appeasement over action. The ruckus over the inclusion of Atif Mian in the Prime Minister’s Economic Advisory Council is just one instance of how challenges to the legitimacy of the state can paralyze the entire political process.

The second reason to be worried is the pace of social and demographic change underway, allowing urbanization and ideological anxiety to enfranchise a new political class that uses Barelvi politics as a proxy for sociopolitical power in lieu of upward mobility. These new elites, with connections to the market and non-patronage networks, are increasingly entrenched in Pakistan’s power pyramid, sitting on both sides of the aisle in Parliament, and in a position to add to the obscurantism that prevents the reclaiming of a progressive public narrative.

Together, and in the absence of a serious attempt to address the socio-economic marginalization of aspirational classes, these two realities mean that, at least in the foreseeable future, the state’s response to religious protests will fall somewhere between inaction and full-on crackdown. Even marginal attempts to challenge violent extremism risk upending the democratic status quo, because of the slew of loaded questions they trigger: Who runs the state? Is democracy to be subservient to Islam or the other way around? When does the state become illegitimate?

The rise of the TLP is the result of our inability to coherently supply ready answers to the above questions, or clearly define the end-goal of state power. While the TLP won only 2 per cent of the total vote in the 2013 election, it has become an uncomfortable reality on Pakistan’s sociopolitical ledger that society must now contend with. It is the fifth largest political party, and the third largest in Punjab. The party has two seats in the Sindh Assembly. The movement’s rise is in part due to its deft ability to marry urban politics with ritual and performance of the Barelvi belief system, and a strategic targeting of Urdu speaking and Punjabi labour. It is also in part due to a failure of the traditional ruling classes to assert the state’s sovereignty within the public square.

The road ahead is a difficult one and robs of us the luxury of making deluded distinctions, or accommodations at the expense of continued attacks on the state’s legitimacy. This includes thinking long and hard, and twice, about the dangerous project of short-term mainstreaming.

The more viable reclamation project lies in the 6Rs of the NISP, which includes protocols for prioritizing education, redistribution and service delivery in our five, ten and fifteen year plans. Those entrusted to implement the new NISP charter may also be well advised to revisit Justice Isa’s 110-page Quetta Commission Report issued in 2016, that explicitly spelt out the need for coherent national counter-narratives, the placing of curbs on media channels accused of broadcasting and publishing extremist narratives, and the unequivocal leveraging of civilian agency.

The newfound power of once-fringe groups requires serious introspection about the state’s policy on counter extremism. The state must stand for the rule of law and justice, and commit to holding that line.

Please note that the views in this publication do not reflect those of the Jinnah Institute, its Board of Directors, Board of Advisors or management. Unless noted otherwise, all material is property of the Institute. Copyright © Jinnah Institute 2018.