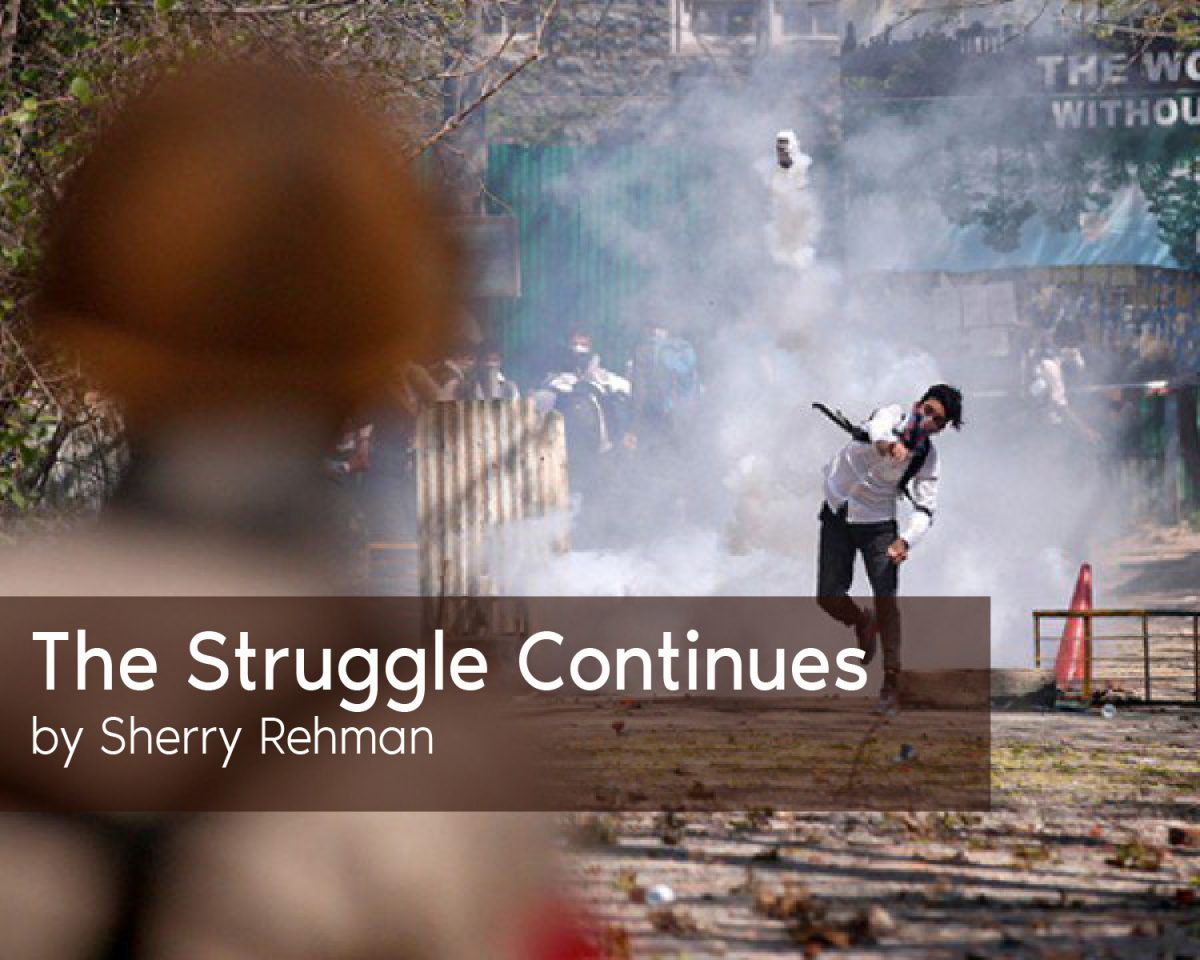 As dawn breaks across the besieged valley of Kashmir this February 5, millions of Kashmiris will wake up to six months of virtual lockdown. A blood-stained arc of diminishing freedoms now defines the daily lives of Kashmiris struggling to breathe the sulphur of state oppression in the Indian-occupied valley. In what is arguably the world’s most militarised region today, the state of India has foresworn the last vestiges of its professed democratic values to pursue an agenda of brutal intimidation and oppression of a people who continue to struggle for their internationally recognised right to self-determination. For the world at large, one which struggles with a redefined order that values nationalist agendas over international norms, the aspirations of Kashmiris continue to be ignored. Yet we all know, and will not let the world forget, that the Kashmiri struggle is a historic struggle. One which began before the independence of India and Pakistan against a Dogra monarchy that quelled the spirit of freedom so deeply imbued in the Kashmiri imagination.

The oft-forgotten but central party to the Kashmir dispute remains the Kashmiris themselves. They have once again demonstrated to the world that they reject the unilateral annexation thrust on them by a New Delhi in the throes of a saffron surge.

August 5 and India’s unilateral decision to revoke the special status of occupied Jammu and Kashmir is a turning point in the history of our region. Not only does is represent India’s wish to force a substantive change in the Kashmir dispute, it also brings to light some of the worst human rights abuses, state torture and mass incarcerations witnessed since this century began.

Despite denying communications, mobility and the right to life, India has been unable to quell the anger within Kashmiri hearts and minds. Through its latest actions, a Modi government that has long demonized Kashmiris and Muslims, has pushed even those Kashmiri politicians that had vowed to work with New Delhi on the margins. Today, nearly the entire political leadership of Indian- Occupied Kashmir is under house arrest or in jail. Children as young as eight years of age have been picked up, arrested and tortured for stone pelting. Men continue to be subjected to the worst forms of torture including electrocution and sexual abuse. Yet, an India vitiated by a daily dose of chauvinistic vitriol believes that it has taken Kashmir. Nothing could be farther from reality.

Today, more than ever, the Kashmiris under Indian occupation, are in shock. They have still not recovered from the brutality with which their wishes have been cast aside, the oppression to which they have been subjugated, and the bluster with which the future of their culture and land is being gambled.

For Pakistan, that continues to support the right of self-determination for Kashmiris, August 5 has practically shut all doors for dialogue. August 5 is not merely an administrative action as India never tires to claim. It is, in fact, an attempt to bring a material change in the situation on the ground. In this respect, India has revoked the Simla Agreement of 1972 which called on both countries to ensure that no side unilaterally undertakes action that constitutes a substantive change in the situation on the ground. Without Kashmir front and center of any dialogue process, no government in Pakistan will be willing to engage in substantive dialogue with India. Today, all Pakistanis irrespective of their political leanings are united in their resolve to stand by the Kashmiri struggle.

The international community must also focus on the danger such unresolved issues pose, and take responsibility for where this dispute has positioned the people of the region. Kashmiris under Modi’s occupation live under a perpetual night of oppression and brutalities, while Pakistan and India, two nuclear countries, with a history of war and conflict, sit poised on razor’s edge at a restive Line of Control that bristles with fire and mortar. The Security Council of the United Nations must do more than just meet and take note. It must act.

As long as the Kashmiris continue to reject Indian occupation, no resolution of the Kashmir dispute can seek to short shrift the people of Indian-occupied Kashmir. Even the much remembered four-point formula, often touted as a solution to the Kashmir issue, was politically unsellable for the simple reason that it did not take the Kashmiri leadership on board. For all political parties in Pakistan, especially the PPP, which under Shaheed Benazir Bhutto as Prime Minister, upgraded February 5thto a national holiday in Pakistan, the core centrality of the Kashmir dispute will remain unchanged. If there is one foreign policy staple that all Pakistanis agree on, it is our commitment to Kashmir.