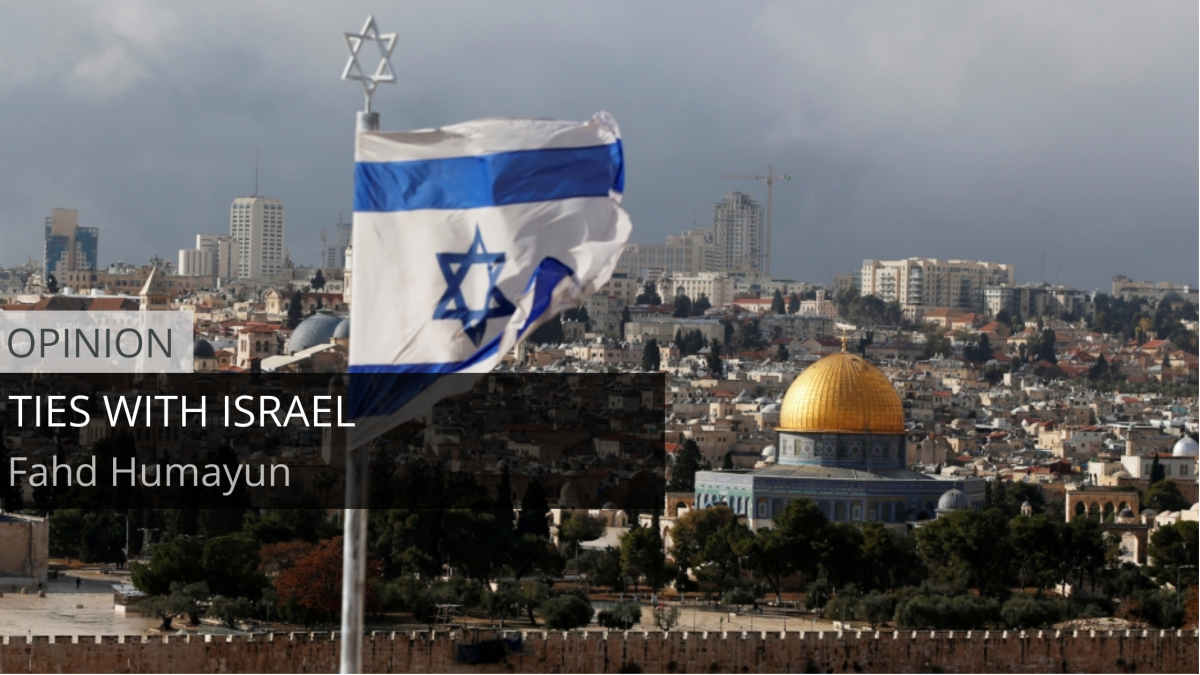 Last week’s decision by the UAE and Israel to normalize ties is testament to a fast changing landscape in the Middle East. While Saudi Arabia has put speculation to rest that it has any intention of following suit, it is still possible that Oman and Bahrain still might. The UAE is now the first Gulf state and third Arab nation to have established full diplomatic relations with Israel after Egypt and Jordan. While the deal should not come as a surprise, it carries at least four implications for Pakistan.

The first is that it has necessitated that Pakistan clarify its own position on the question of Israel-Palestine. In a carefully worded statement, the Foreign Office affirmed that while peace and stability in the Middle East continue to be a key priority for Islamabad, the question of Palestine would continue to condition its approach to the region. The PM subsequently reiterated that Pakistan would not recognize Israel until Palestinian rights are upheld. These clarifications are important, given speculation in the Haaretz last year that Pakistan was considering a potential opening with Tel Aviv. But the situation on the ground is decidedly complicated. Any external realignment by Pakistan must first contend with sensitivities to pronounced anti-Israel sentiment on the street, naturally anchored in deep-rooted public sympathy with the Palestinian cause. While Israel and the UAE have sought to window-dress their recent deal in a promise by the former to suspend annexation in the West Bank, in truth annexation is already a de facto reality in the occupied territories. High-level policy statements clarifying Pakistan’s official position and opposing any normalization of the status quo thus telegraph continued principled support for the Palestinian cause, emerging geopolitical pressures notwithstanding.

Second, the deal is likely to further cleave the Middle East, with Gulf states led by Riyadh and Abu Dhabi on one side, and Iran and Turkey on the other. It is clear that the latest U.S. sponsored deal is a vessel for firming up opposition to Iran’s growing regional power and influence, which the Gulf states, Israel and the U.S. together view as a threat. Both the Saudis and Emiratis view the Sunni Muslim Brotherhood backed by Turkey, and Shiite Iran’s perceived regional expansionism, with hostility. Impressions of growing geopolitical confluence between Turkey, Iran and China have heightened these fears. Iran is negotiating a $400 billion 25-year strategic partnership with China, which may allow Tehran to circumvent U.S. sanctions and access a large basket of funds in return for the oil it sends to Beijing. Islamabad’s historical and strategic association with Saudi Arabia, and its geographic proximity to Iran, make it fundamentally necessary that Pakistan avoid selecting into parochial binaries either in West Asia or in the Indian Ocean that place additional demands on its foreign policy choices in the region. Good relations with both continue to be a strategic necessity; forgoing either at the altar of great power gambits can spur sectarian and extremist impulses both inside Pakistan and the neighborhood.

Third, Pakistan needs to be worried about India’s deepening engagement with the Arab Gulf, which has come at the expense of Arab support against India’s atrocities in Occupied Jammu & Kashmir (IOJK). The muted reaction in Arab capitals to India’s attack on Balakot, days before India’s EAM Sushma Swaraj was invited to the inaugural plenary of the OIC Council of Ministers as a guest of honor, has legitimated some of these concerns. Pakistan’s relations with Riyadh have been distinctly hurt by the Kingdom’s hedging on Kashmir. Meanwhile, New Delhi’s standoff with Beijing and its cooling relations with Tehran exemplified by the potential loss of Chabahar Port to China, suggest India may edge even closer to the Arab Gulf and find succor in an Arab détente with Tel Aviv, a key Indian defense partner. It is also no secret that Indo-Israeli defense cooperation has been steadily ratcheted up against Pakistan since 2008, most notably in the Balakot encounter. For Pakistan, the worry is that India’s growing influence in the Middle East will likely compel fewer buyers in West Asia outside Turkey and Iran to take up the Kashmir cause at the risk of upsetting equations with New Delhi. Pakistan must thus dispassionately rework its diplomatic toolkit in the Gulf if drumming up support for Kashmir is to stand any chance.

Fourth, in the shadow of retreating multilateralism, the UAE-Israel deal symbolizes a further decline in the Muslim world’s relevance as a flag bearer of its traditional political causes of Palestine and Kashmir. While Pakistan has been aggrieved at the slowness with which the OIC has responded to the Kashmir issue, the OIC’s indifference is symptomatic of a broader apathy and shift from its original objectives to constituent geopolitical compulsions. This has created space for non-Arab Muslim countries, such as Malaysia and Turkey, to attempt to take up the mantle of Muslim leadership. Last year’s Kuala Lumpur Summit sponsored by the two is a case in point. The implication for Islamabad is that while it recalibrates its expectations of any blanket Muslim solidarity on both the Kashmir and Palestine causes, it can potentially stand to benefit from new opportunities that allow it to clearly rethink and define its own role in the Muslim world, either as vanguard or a follower of the leads of others.

The writer is a PhD Candidate at Yale University.