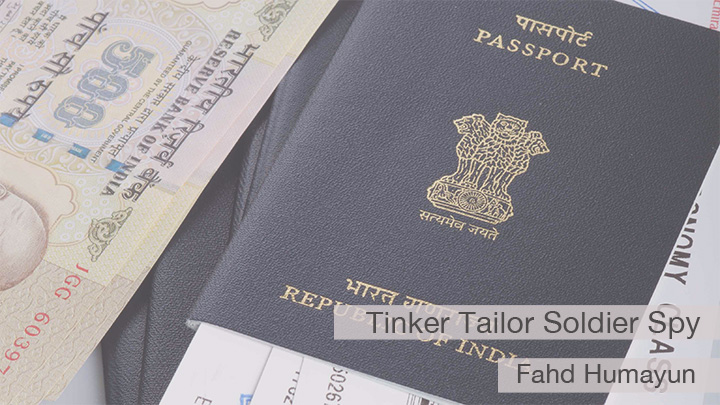 In what has been an erratic few months for an India-Pakistan relationship still grappling with how to steer clear of diplomatic reversals, the capture of Kulbhushan Yadav in Balochistan has created a national stir. That the moral high ground of India’s posture has been compromised is clear. Yadav’s arrest now poses a serious embarrassment for an Indian foreign policy that is more used to dictating to than engaging with regional powers. Crucially, Yadav’s rank and location at the time of capture requires New Delhi to understand that the situation merits a response beyond plausible deniability. While ignorance is never a defense, especially in foreign policy, here in Pakistan Yadav can be treated quite simply as an enemy of the state given his illegal entry from Iran, alien status and subsequent confession.

For Pakistan, the handling of the Kulbhushan Yadav affair is instructive if Islamabad hopes to reframe the bilateral conversation, and get serious about building a convincing narrative on the state of play in South Asia. For one, even as India ‘professes’ a zero-tolerance policy for subversion and terrorism, the Yadav affair offers Pakistan a welcome chance to drive the conversation on territorial sovereignty versus extra-territorial interference. It also presents an occasion to diplomatically raise the hazards of the Indian security establishment’s now ascertained doctrine of ‘offensive-defense’ in the region, damagingly re-enforced by Prime Minister Modi’s reckless claims in Bangladesh regarding India’s role in the breakup of Pakistan in 1971. The arrest of Yadav is also the first time since Sharm-el-Sheikh in 2008 that Pakistan can credibly start building its concerns of Indian involvement in Balochistan, until now circumstantial, into an international complaint against Indian espionage.

Second, an explanation from the NDA government, that has consistently and at times unfairly claimed a moral high ground in its diplomatic engagement with Islamabad, is still outstanding. The fact that an Indian naval commander was compromised in Balochistan only reinforces Pakistan’s long-standing point of R&AW involvement in the province.

In terms of taking the bilateral conversation forward, the Yadav case also carries lessons for insuring the dialogue process. For starters it has exposed the limits of the efficacy of the NSA mechanism as recourse for engagement. That Yadav’s discovery and capture ended up riding out national airwaves in Pakistan in lurid detail shows that diplomatic channels of engagement will have to be multi-tiered and multi-pronged. They will also have to be independent of each other, if this bilateral conversation is to be sustained beyond spoilers. The events of the past few weeks are also a reminder of the real and inflammatory capacity of the media on either side of the border, and rightly so given the gravity of what can be termed territorial infringement, if not affront, by an Indian operative.

At the same time, Pakistani policymakers need to find a way to signal the importance of continued engagement without dropping the Yadav ball, or letting the conversation be hijacked by blame shifters. Several options present themselves: the first is to look at the short-term, and use the Yadav affair as tactic to rebrand and project Pakistan’s red lines when it comes to Balochistan, which have come under attack both regionally and internationally. This will be especially important given how the health of provincial security will be linked to China-Pakistan Economic Corridor and provincial development in the next few years. The second is to leverage Yadav’s arrest as purchasing power, and demand of New Delhi a more rounded conversation on terrorism. Doing so will strengthen the Pakistani brief, even if it doesn’t browbeat the Indians into providing explanation, when the two Foreign Secretaries meet.

Yadav’s capture also offers an occasion to New Delhi to reciprocate the welcome transparency and cooperation demonstrated by Pakistan in the way of a swiftly assembled FIR and Joint Investigation Team (JIT) probe into the Pathankot attack. So far, statements released by the Ministry of External Affairs have been anemic at best, leaving much to be desired in the way of either ownership or explanation.

But that’s not all. When it comes to covert warfare, the fate of apprehended spies can be a tricky business. While no international agreement affirmatively endorses espionage, governments also do not outrightly reject it as a violation of international law. In the context of the India-Pakistan relationship, this ambiguity has proven problematic. In 2012, Indian national Hamid Nehal Ansari was arrested in Pakistan by Intelligence Bureau officials after entering via Afghanistan, and is currently in army custody awaiting trial in military court. In 2015, India claimed that Uttar Pradesh police had arrested a low ranking ISI agent, Mohammad Kalam, and released photographic evidence of the accused’s Indian and Pakistani identity cards. In neither case did India or Pakistan seek consular access for the alleged agents.

While New Delhi is choosing to cite a violation of the Vienna Convention on Pakistan’s refusal to grant consular access to Kulbhushan Yadav, it may be worthwhile for Pakistan to discuss the benefits of not dismissing this request outrightly. Offering ‘supervised’ consular access to the Yadav, in the presence of neutral or international legal observers to ascertain the credibility of the agent’s claims, could increase Pakistan’s strategic credibility. It could also give Pakistan’s diplomats the necessary ammo to seek clarification from New Delhi over Indian activities in Balochistan, an established redline.

Even as Pakistan and India engage in frequent prisoner swaps, the fate of captured spies against a backdrop of dangerous proxy contests remains a distinctly grey area, and will continue to be one well into the foreseeable future. As a step removed from actual spy-swaps, perhaps India and Pakistan could begin with a bilateral conversation on assets working in South Asia, and instituting rules of engagement when assets are discovered in each other’s countries. In 2015 former R&AW chief A.S. Dulat went so far as to suggest that one of R&AW’s Islamabad posts be made an ‘open post’ on a reciprocal basis. An open post would be one in which an agent would not need to hide undercover, and would be posted openly to allow for collaboration and cooperation.

As Pakistan makes abundantly clear its commitments to shoring up regional stability, through policy undertakings and on-the-ground action, Indian policymakers must also recognise that for transparency’s sake New Delhi will have to demonstrate greater ownership in the Yadav case, in accordance with its so-called regional peace pitch. It will also have to show a greater forbearance for a more equitable relationship with Islamabad. If it can do that, then a conversation of this sort could be the first in a series of steps to help spur a broader conversation on a thorny irritant that has the capacity to jaundice public opinion in both countries.