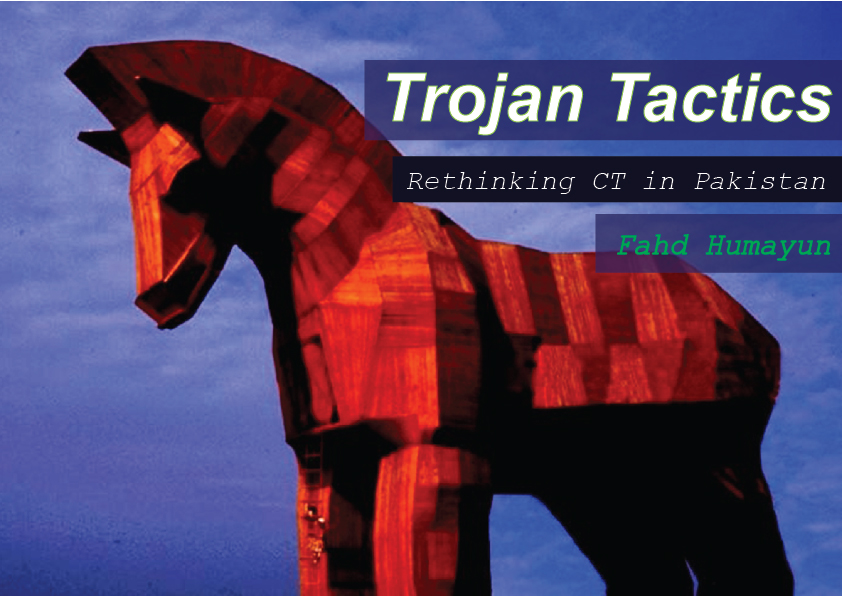 Last week the PM teetered on the knife-edge of launching a full-scale military operation in North Waziristan. For the first time in months it seemed as if the PML-N had finally come of age and commenced its climb up the steep ladder of national security literacy. But in a U-turn, Team Nawaz announced one final push for mediation with the TTP.

While the PM has finally acknowledged that unmitigated countrywide violence is stymieing stability and economic recovery, he has yet to demonstrate the same resolve in providing direction to Pakistan’s anti-terrorism structures.

The interior ministry’s proposed national security draft, languishing in the corridors of the Cabinet Committee on National Security, is expected to amount to little more than a re-articulation of the all-party conference’s talks-first strategy. The PM’s failure to establish any red lines or TORs for talks in his speech, a halfway house if ever there was one, will only add to the muddied narrative that oxygenates the TTP’s war against the state.

More worrying is the TTP’s hurried assembly of a 10-member political committee to negotiate with the government. The decision to finally negotiate is loaded with dangerous triggers, and is likely to lend both time and legitimacy to the TTP’s status as a mainstreamed political actor vying for public support.

Still, there are some positives that must be acknowledged: a joint intelligence directorate under a reformed Nacta to coordinate countrywide intelligence-sharing, for instance, is a welcome development. But this alone won’t be enough. In an age where sobering lessons from Iraq and Afghanistan abound, it’s time we move beyond a fight-talk binary.

A French general once described counterinsurgency as a contest between a lion and a flea; in Pakistan’s case, an increasingly adroit flea (the TTP) has demonstrated its prowess to strike anywhere any time, while the lion (the state), despite its comparative advantage, is unable to strike back.

But compared to intermittent counterinsurgency campaigns, an intelligence-driven counterterrorism-plus strategy may offer higher dividends. COIN, by contrast, has two immediate demerits: even if an operation were to be conducted next week, the time lost in strategic dither will have allowed the highest-profile targets to retreat into the woodwork, or worse, Afghanistan. Secondly, the decision to establish a cantonment in Swat suggests that administrative structures are too nascent for the army to fully withdraw.

Against these limitations, the present political leadership must think more creatively about policy alternatives at its disposal. Understanding the TTP’s three-way dependence on ideological mobilisation, a steady financial fountainhead, and an influx of human resource, is vital for furnishing an intelligence-driven strategy that relies on counterpropaganda, fiscal freezing, and covert subversion aimed at striking the TTP’s jugular.

The first tier of such a CT-plus strategy will need to target the TTP’s ideological moorings. Crucially, a government-sponsored counter-narrative must be organically introduced, beginning with an unequivocal public declaration of domestic terrorism as Pakistan’s foremost security challenge. This must be complemented by unambiguous signalling from the government; one back-to-basics approach could consider bringing the institution of the mosque, whose rural outreach now outstrips that of the state, on board vis-à-vis propagation of synergised anti-terror narratives.

The second dimension needs to be aimed at dismantling the TTP’s supply chain and performing a financial vivisection that dries up militant cash flows. Service-delivery vacuums and tattered governance structures in Pakistan’s cities have allowed the TTP to forge patronage networks; profiteering from kidnapping, extortion and bank robberies. A secondary, but equally vital, financial lubricant comes from smuggling and a flourishing drug trade through Afghanistan.

To stem this backflow of capital, the government will have to surgically subvert fraudulent religious charities and introduce intelligence monitoring in local thanas and kutcheries. Stringent border regulation and narcotics control will have to be brought under a centralised intelligence apparatus.

Thirdly, with organisational cohesion crumbling, CT intelligence should capitalise on the TTP’s internal disarray. Like the concealed Trojans who dismounted while Troy slept and launched an attack from within, there is both room and potential for using reverse strategic depth against the 42 militant factions in North Waziristan.

For instance, if outlier grievances vis-à-vis Fazlullah can be manipulated to interrupt the Mehsuds’ production of fidayeen contingents, the government could have a unique opportunity to separate reconcilables from hardened criminals therein paralysing the production of suicide foot soldiers.

Simultaneously, we need to debunk the effectiveness of parallel CT silos. Punjab’s CT department is being replaced by the Counterterrorism Force, a cardboard cut-out that is fast becoming a nesting ground for retired army officers. Valuable time is being frittered away; time that could be better spent coalescing, equipping and training the state’s intelligence agents to fight enemies within.

To that end, configuring an effective troika of intelligence gathering and infiltration, anchored in robust anti-terror messaging, may be more sustainable in the long run, and allow the state to be sanitised of its militant challenge.

The writer is a project manager for Jinnah Institute’s Strategic Security Initiative. He tweets @fahdhumayun