What Will We Ban Next? 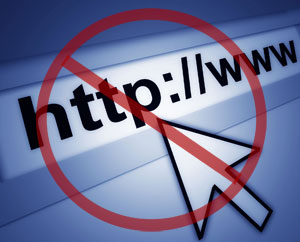 Censorship, when undertaken in the name of vague, ill-defined and subjective concepts such as ‘national interest’ or religion and morality, is a slippery slope with disastrous consequences – and this is exactly where Pakistan is headed in the online space.

YouTube has been banned for over nine months now for ‘hosting blasphemous content’ – an assertion that is as true as the response is childish and dangerous. What will be next? Will an irate UK citizen be able to initiate a blanket ban of thousands of websites in Pakistan by appealing to our courts? It appears so, and why not? If a hacker dubiously named Zombie_Ksa can convince the courts and the PTA to do the same in 2012 over the availability of pornographic material on the internet, a ban framed in the context of religion should be much easier.

How about a ban of all ‘dissident’ Baloch websites in the name of ‘national interest’? Given that we have seen even fairly balanced news websites like the Baloch Hal and many others blocked over the last few years, it can only be expected that such censorship will continue to expand, legitimized through directives and legislation like the Pakistan Telecommunications (Re-organisation) Act, 1996 that criminalises vague offenses such as the ill-defined “false” or fabricated” content, or “mischief.”

Forget about the legalities of actually defining such words or how a site could be impacting ‘national interest’ or the process by which site owners can appeal a ban. None of these are needed if the issue is tied to the narrative of a Pakistan at war on all fronts. The public will be more than willing, and very forgiving of being denied access to information – after all, who ever needed information that runs contrary to one’s strongly held views?

With internet penetration in the country finally reaching the public-at-large and not just early adopters, the values on which the internet has been created – collaboration, free(dom), universal access, empowerment of the individual among others – are going to run into direct conflict with radical Pakistan. Extremism is rampant in our society, and dogma — whether religious or nationalist in nature — is being used by powerful lobbies to curtail the rights of ordinary citizens, without their actual assent, but definitely with their blessings.

These powerful lobbies include members of extremist groups, our establishment and the government, all of whom have a stake in seeing sections of the internet banned in order to maintain their power and the status quo. To them, the internet is a very real threat that not only exposes their wrongdoings but also allows alternative narratives to flourish out of their control, not to mention provides citizens a meeting ground to exchange ideas, organize and take action – all very dangerous things.

If Pakistan had a strong civil society, or an educated populace that was aware of their rights, online censorship of the kind we are witness to would be impossible. Unfortunately, what we have are swathes of illiterate people, a radicalized youth and middle class versus a small number of upper-middle class and elite who are torn between fighting for their rights, and maintaining the status quo that is feeding their elevated positions; in other words, hypocrites.

In such an environment, the only question to ask is what will Pakistan ban next?

It would be safe to predict that in the near future, anytime an individual or group wishes to gain temporary relevance or score points with the conservative right-wing majority, a ban of online content will be brought to the fore. At first it will be foreign sites that will be blocked off, and one glance through Vimeo, Daily Motion, Twitter, Yahoo or Bing will show that blasphemous content is very easy to find, because easy access to information is one of the values governing the internet. The establishment and government will similarly impose bans with impunity in the name of ‘national interest’ or to block ‘anti-state’ material. All this will continue without any real accountability as there are no cyber laws to address internet censorship.

As time passes, alarm bells will start ringing for more and more citizens as the censorship will inevitably turn on local websites and networks, but by then it will be too late. Ahmadis being one of the most marginalized groups in the country have already seen such online censorship this year, and will likely see more, followed by other religious minorities including Shias, sects, and finally, political groups and businesses out to take each other down.

Services such as WhatsApp and Skype will also be banned, superficially in the name of ‘national interest’ to prevent terrorists misusing them, or the more flimsy excuse: because they promote immoral communication between young people. At this stage, even the most logic-defying reasons for censorship cannot be ruled out, keeping in mind that nearby Saudi Arabia has banned Viber and plans to block WhatsApp within weeks. With examples like Saudi Arabia and China on hand, online censorship will not only be expected from the government, a lack of it could very easily lead to civil unrest, manufactured by the earlier mentioned powerful lobbies of course.

What will be the consequence of this string of online bans that will take place, foreseeably over the next two to five years?

Such attempts would of course be trampling over citizens’ rights to freedom of expression and access to information in direct violation of the United Nations Universal Declaration of Human Rights. But to compound matters, such actions would mean that all the advantages the internet has to offer in terms of communication, collaboration, organization, education, technological innovation (not to mention monetization and entertainment) will be greatly diminished or lost entirely.

What this will cost us economically and in terms of development will become obvious and more pronounced as we look at other developing nations with a progressive viewpoint of the web. The years will pass with Pakistan holding itself hostage on the online front and as always, the nation will ask in utter confusion: why are we standing still while the world progresses forward?