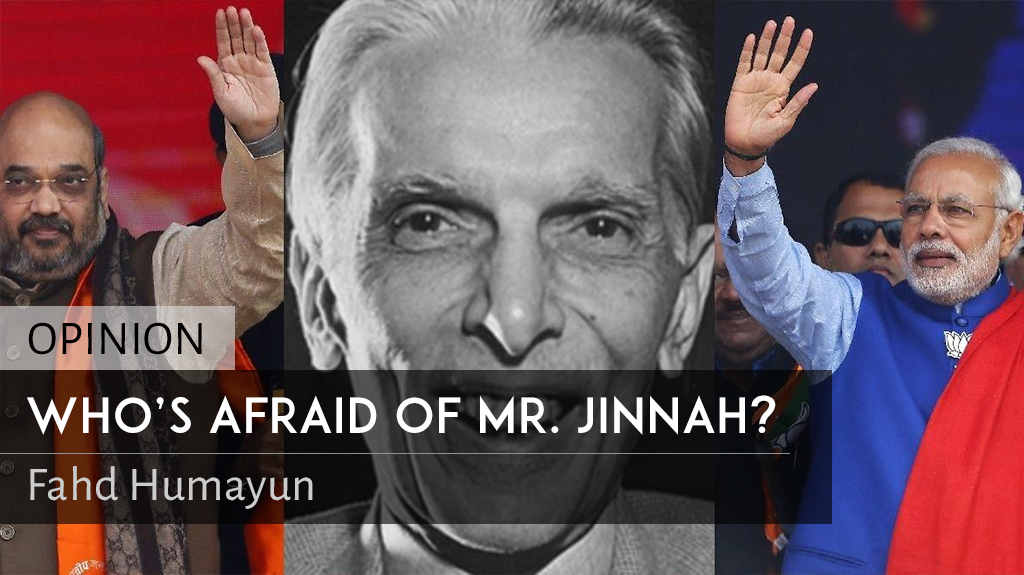 India’s election is over, and the BJP has won in a landslide that is nothing short of historic. The Opposition has been delivered a crushing defeat, turfed out of its traditional home grounds.

In the years that follow, the actual result may be remembered less vividly than the road leading up to it. At one point during the campaign, a saffron-robed candidate fielded by the BJP from the state of Bhopal called Mahatama Gandhi’s killer a patriot. The candidate in question, Pragya Singh Thakur, is connected to the planning of multiple acts of terror targeting Muslims. In a separate anecdote, when told that Hindus had died along with Muslims in the 2007 Samjhauta Express blast that killed 43 Pakistanis, she did not flinch. “Chanay ke saath ghun bhi pista hai” (worms get ground with the gram), she said.

As India votes in five more years of nationalist hegemony, Ms Thakur is now poised to enter India’s Lok Sabha as a member of parliament.

Why do Pakistanis watch India’s election and its aftermath with a mixture of hope and trepidation? We watch, because, for many of us who have grown up on a diet of halfway democracy, India’s political marketplace has always been held up as emblematic of what-could-have-been. Of the two states that emerged from 1947, India, we were told, was nimbler and more adept in shaking off its colonial legacy’s worst excesses. It moved swiftly to forestall regionalism. It thought seriously about communitarianism, secularism, and constitutional development. Other than a brief spell from 1975 to 1977, constitutional freedoms for the most part were sacrosanct, even when organized fear raised its head in 1984, 1992 and 2002.

In contrast, we were the ones guilty of first turning religion, and later authoritarianism, into our social centrepieces. We thumbed our nose at the opportunity to strengthen our constitution, and our leaders, barring a few, swapped out nation-building for proselytizing. When the cold war finally came to Afghanistan, anxiety led us down perverse paths we should never have ventured down. So convinced were we of our status as an indispensable ally to an indispensable superpower that we failed to notice our growing insolvency.

India frequently accuses Pakistan of staring into a looking glass and choosing not to see a host of ignominies. It is true that hostility with India has indemnified the legacies of those who led the Pakistan movement. But even minus war, the centrality of Partition to the modern Pakistani identity has largely held up, cognitively reified since the 1980s by the fragility of the Indian Muslim experience.

Now, a party that has promised a Hindutva utopia will expand on its current majority. This is a party that has pledged to revise Articles 35-A and 370 of the Indian constitution, which give Jammu and Kashmir its special status. The prospect of its cancellation put the Valley through a fatal churn last year. A new 550-page report on torture, written by Kashmiri civil society meticulously identifies “at least 144 Indian armed forces camps (Army and paramilitary), 52 Police Station/Posts, 19 SOG camps, 15 JICs and 9 Ikhwan camps…where torture has been perpetrated on detainees.”

In South Asia, the violence produced by and within the Indian state actively conditions the image we consume in our newspapers and on our smartphones, and read about when its leaders use Pakistan as a pejorative, even as our own leaders rationalize the logic of dialogue. It is an India that runs on majoritarianism, makes obscene effigies of its founding fathers, and valorizes totalitarian repression in its only Muslim majority state.

Young Pakistanis who rightfully question their state’s mismanagement of ethno-nationalism and federalism also see the same distilled images of an unresolved Kashmir dispute: the tying of human shields to jeeps, the use of pellet guns to sever optic nerves; and the lustiness with which India’s leaders remember the spilling of Muslim blood in the state of Gujarat.

As Pakistan elected its first Hindu woman to Senate – an admittedly belated milestone – India’s universalist promises of uniting diverse ethnicities, languages, castes and cultures started after 2014 started to resemble a familiar unfulfilment. Pakistan doesn’t pine for dialogue with India, but it does hunger for a closure to the animosity that prevents economic growth and reined-in defence spending. On the campaign trail, the BJP immortalized questions of identity and fidelity to the republic, and in the process triggered an almost-war for an attack that its agencies could ultimately not trace back to Pakistan. In the saffron glare of the election, BJP politicians erased the line between opposition and social outcast. And it fuelled the search for the “real culprits” behind the division of Akhand Bharat.

The search nearly always returns one name – Jinnah. Exactly a year ago, discontent triggered by the demand for removing Jinnah’s portrait from Aligarh Muslim University blew up into a full-scale confrontation between Hindutva elements and agitating students. In Pakistan, Mohan Road in Karachi continues to be named after Mohandas Gandhi. And the Karachi Chambers of Commerce still boast a plaque with Gandhi’s name. The Mahatma laid the KCCI’s foundation stone in 1934.

Now, India’s tilt further rightwards has legitimized future Pragya Thakurs, the deification of candidacies like hers, and the xenophobic currency they carry. It is true, there was never a real race between India and Pakistan, until now; this is a race to use repression to stifle internal strife, and swap out freedoms for unquestioning loyalty to those who rule. Today, both countries have large youth cohorts that hunger for service delivery. Both countries also have minorities living perilously on the toleration of a puritanical majority. In the latest global press freedom index, the world’s largest democracy ranks only two spots above Pakistan. And as India re-elects a leader who eschews self-reflection and with it the normative value of a competitive electoral arena, Pakistanis continue to be asked why we watch India’s election with a mixture of hope and fear.

We watch because it is the only self-aware thing to do.